Are our nature reserves evolving into a Jurassic World?

Elephants are significant ecosystem engineers, moderating the type and quality of habitat for other fauna. Although much of their impact on the landscape is evident during a visit to a nature reserve or protected area where these magnificent pachyderms roam freely, some effects may not be immediately noticeable as they develop over time.

Strategies that enable other species to co‑exist with the “engineers” include different life‑history traits such as tree‑living vs. ground‑living. The impact of elephants on lower-order animals such as invertebrates or lesser‑known vertebrates is not yet fully understood, despite the ecosystem processes these animals may provide. 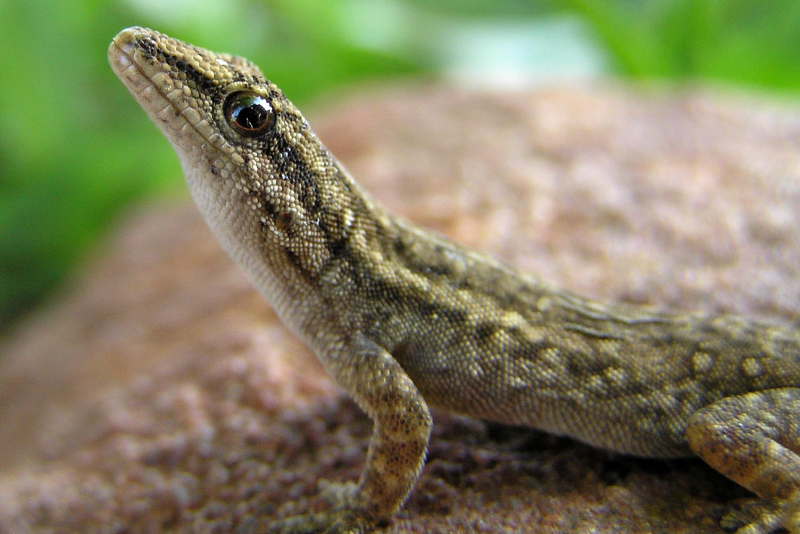 A common dwarf gecko (Lygodactylus capensis). This species’ love for corkwood trees led to it disappearing from areas where elephants were introduced decades ago (Photo: G. Masterson; available from http://vmus.adu.org.za/?vm=ReptileMAP-219) 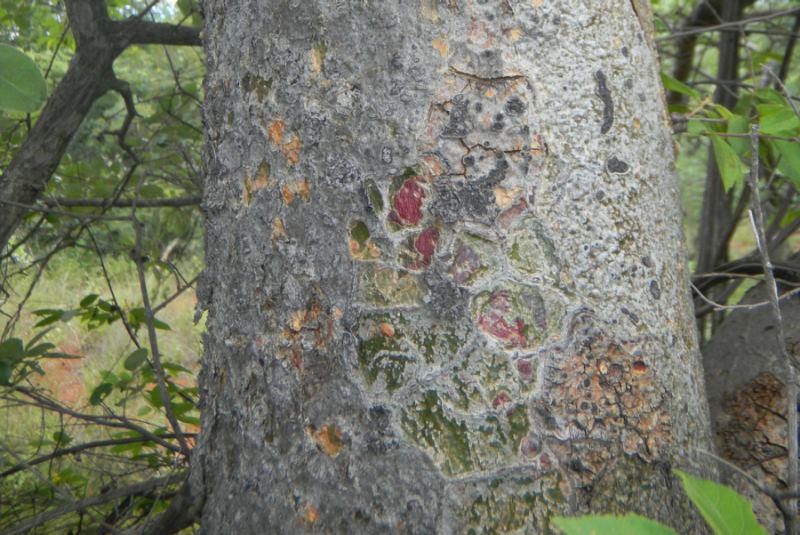 A recent study investigated whether the effects of elephant rewilding/reintroduction were significantly impacting lizard species across a savanna landscape.

The north‑eastern low‑lying region of South Africa is mostly made up of protected areas, nature reserves, game farms and tribal land, all with varied management histories. For example, one study site in the paper (Klaserie Private Nature Reserve that adjoins Kruger National Park) was unprotected prior to 1972 and elephants were a rare occurrence. The African savanna elephant population in the reserve rapidly increased after the fences between the reserve and Kruger were dropped around 1993/1994.

The second study site, Balule Nature Reserve to the west, was established in 1993 from former pastoral land. In Balule, elephants were only detected in 2003 when the last of the fences were dropped between Balule and Klaserie.

Study site 3 was a disconnected zone, part of Balule but without any elephant presence. Here, typical mammalian residents included cattle and wildlife in the form of mesofauna compared with a range of wild meso‑ and megafauna (including elephants) that roamed the other two sites in more recent times.

Within each of the sites, large quadrats were placed along comparable ecological settings where the abundance of three lizard species was recorded. These were the common dwarf gecko, common variable skink and the striped skink (collectively dubbed lizards).

Woody plant species taller than one metre were also recorded, but the red bushwillow and velvet corkwood stood out as favourites among these scaly ectotherms. Hence, the remainder of the woody plants were grouped together as “other” in subsequent statistical analyses.

The predictions of this study were simple: 1) the density of woody plants and ground wood items utilised by the lizards would increase with elephant reintroduction time; 2) the abundance of the tree‑living common dwarf gecko would decrease with increasing elephant reintroduction time due to its reliance on trees; and 3) the abundance of the other two lizards (the skinks) would not be affected as they are generalist species able to make use of various habitat attributes.

After the data was collected and some fancy statistical analyses were performed (stuff that make the layman go “Yikes!”), the results were as follows:

African savanna elephant (Loxodonta africana) are ecosystem engineers, moderating the type and quality of habitat for other fauna (Photo: Shutterstock)

Habitat modifications beyond a certain point (time coupled with rising population sizes) brought about by these ecosystem engineers significantly and negatively impacted another species indirectly.

It is not often that our perceptions of patterns and processes are backed by science when we observe these driving through South Africa’s Big Five reserves. More importantly, trophic rewilding is a novel conservation tool that will depend on studies like this that attempt to predict how “engineers” will impact biodiversity and what types of landscapes they will produce.

From these results it seems that to prevent a Jurassic World where giants rule, there needs to be some cap on the population size of megafauna. The question remains: how many are too many before we will start noticing more species losses?