Population growth and consequent demand for economic development have increased the conversion of natural vegetation. One area that has been affected by land cover transformation is the Maputaland Coastal Plain located in the north-east of the KwaZulu-Natal Province of South Africa.

The area is rich in biodiversity and has several wetlands, lakes and game reserves, which play an integral role in maintaining a healthy ecosystem. The largest freshwater lake in South Africa, Lake Sibayi, and the iSimangaliso Wetland Park, a renowned Ramsar and World Heritage site, are located within the Maputaland Coastal Plain.

However, recent studies indicated that surface water and wetland systems in the area are under severe threat because of plantations, water extraction and changes in climate.

The long-term impacts of land-use change, including plantations, on water resources and wetland systems in the Maputaland Coastal Plain are not yet well understood and documented. There is a need for regularly updated and long-term land-use data to improve the understanding of changes in the land surface and the impact on water resources, including wetlands.

The Google Earth Engine (GEE) platform has been increasingly used in conjunction with earth-observation data in change-detection studies. As the GEE platform is cloud-based, it increases the efficiency of producing long-term records of data.

With regards to surface water bodies, an overall decrease of 36.1% occurred between 1986 and 2019. The largest rate of change was experienced during the 2001–2006 period, with an average decrease of 444 ha/year.

The extent of Lake Sibayi and water bodies located in the centre of the study area visibly declined in the images from 1986 to 2019 (Figure 1). By 2016, the southern portion of the lake was disconnected from the main lake and continued to decrease, as can be seen in the 2019 image (Figure 1). The water bodies located near the centre of the study area have also decreased between 1986 and 2019 and, in some instances, disappeared.

Between 1996 and 2001, the extent of wetlands in the Maputaland Coastal Plain remained relatively constant, with a 705.7-ha difference. However, the extent began to decrease significantly from 2001 onwards (Figure 1). Between 2001 and 2019, wetlands decreased by 47.9%.

Changes in land use and land cover over time and space indicate socio-economic change. Water plays a critical role in the development and sustainability of society and the economy as a whole. Therefore, it is vital to understand the impact of land-use change on water resources, especially in water-scarce areas. 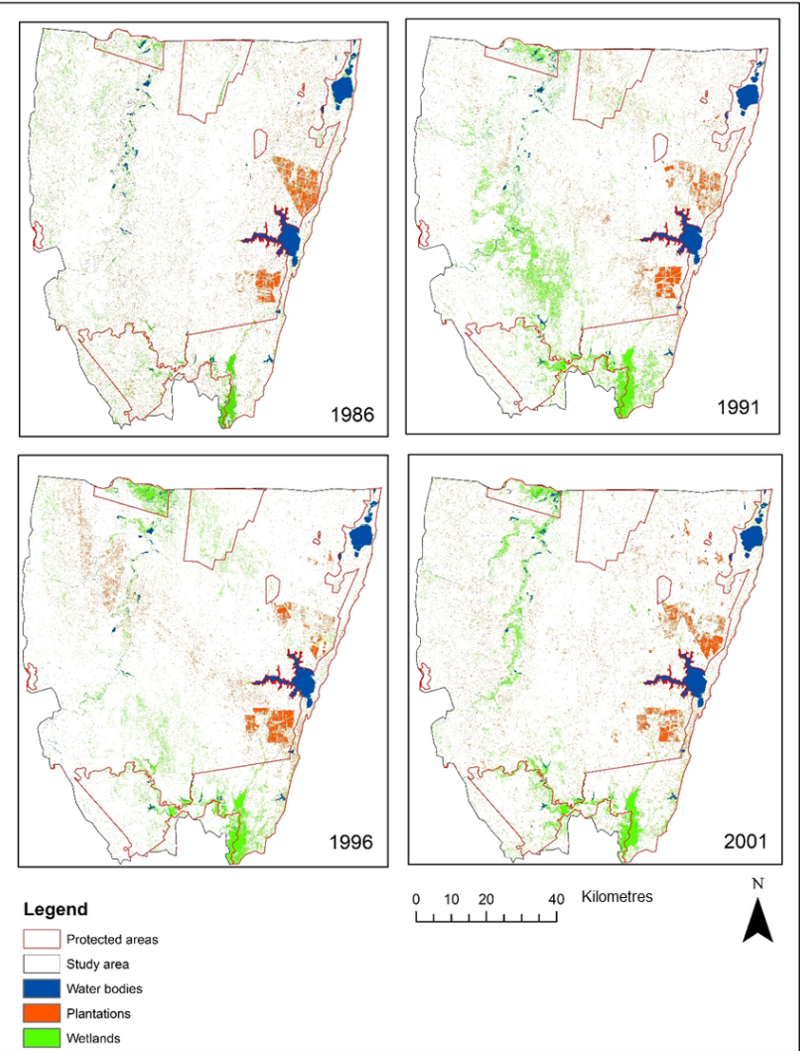 Figure 1: Spatial distribution of forests, water bodies and wetlands for the Maputaland Coastal Plain between 1986 and 2019

Manish Ramjeawon, PhD student and author of the article