The 17th Southern African Marine Science Symposium (SAMSS) was held in Durban under the theme ’Marine Science for the future South Africa’. The Egagasini Node co-hosted an information session with NRF-RISA (Research Innovation Support and Advancement), the South African Institute for Aquatic Biodiversity (SAIAB) and the Department of Science and Innovation (DSI).

The information session was aimed at early-career researchers and provided an overview of ongoing and upcoming marine science and policy programmes in South Africa, an opportunity for participants to engage with policymakers and science enablers, and an opportunity for students and early-career scientists to engage on topics of interest to their skills and career advancement. 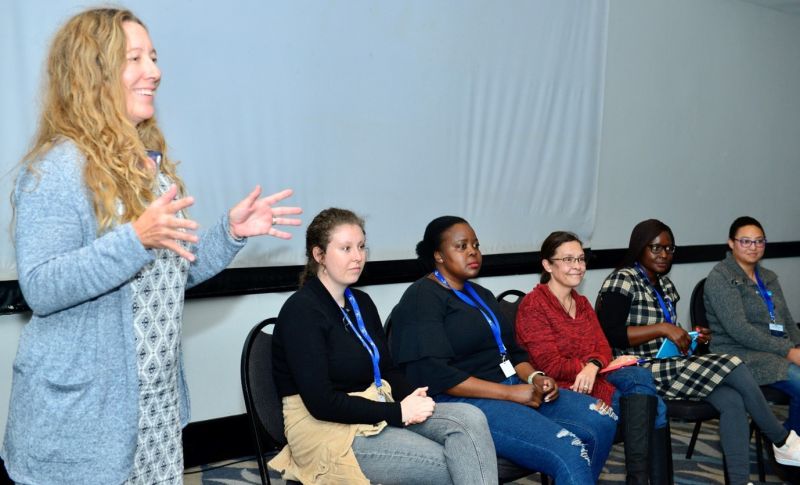 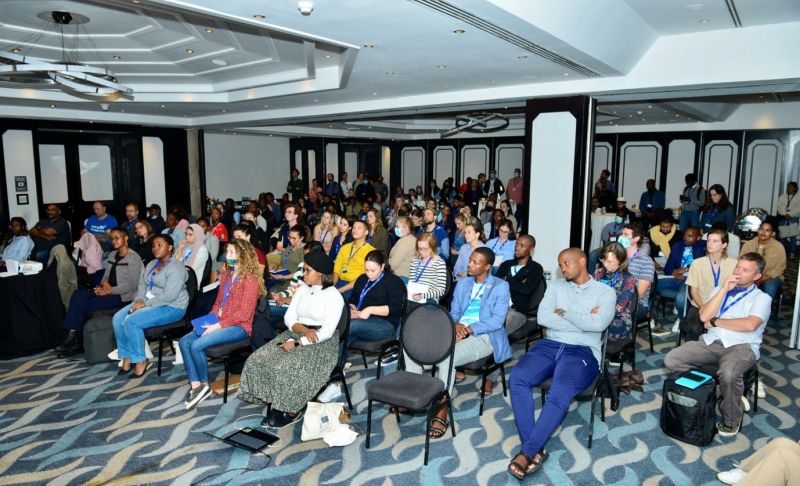 This was followed by the launch of the All-Atlantic Ocean Youth Ambassadors booklet series – Bridging the Ocean Vol. 1, presented by Kirsten Petzer, a student at UCT and one of the South African #AtlanticYouth Ambassadors. Kirsten indicated the aim of the booklet series was to make marine science accessible to the public and create interest in the marine environment. While the first booklet was currently only available in English, French, Spanish and Portuguese, the South African programme team were in the process of translating this into some of the official South African languages.

This was followed by two exciting panel discussions by senior researchers and industry members, which provided students and early-career scientists the opportunity to ask questions on their career paths. The first, titled ‘Looking ahead: Theoretical and applied skills needed for the modern climate scientist’, was moderated by Tania Duba. The panellists were Dr Jenny Veitch (NRF-SAEON), Prof Nikki James (NRF-SAIAB) and Dr Mary-Jane Bopape (NRF-SAEON). Dr Bopape is the new SAEON Managing Director, and it was very much appreciated that she took the time to participate in the event so soon after joining SAEON.

The information session was very well attended. Each session was followed by questions from the floor, which allowed for open and engaging discussion. The information session showcased the usefulness of having a platform for early-career scientists to engage with science managers, senior scientists and industry members to discuss areas of interest and concern in the career development pathways.

The pre-conference information booklet, containing summaries of the marine science programmes and panellist profiles, may be accessed at: https://drive.google.com/file/d/12A4OPGrwDHegL65fRkPqLpXS2PfCtnX8/view?usp=sharing

The meeting report may be accessed at: https://drive.google.com/file/d/1nWlSzC6F8bzhzzv9Rk1_vDeyIX4Fo_P2/view?usp=sharing