Richard Dean, a SAEON research associate, passed away in August at the age of 82. We appreciate Richard’s contributions not only as co-founder of Tierberg Long Term Ecological Research (LTER) site and enabler of SAEON’s continued management of this platform, but also pay tribute to his immense contributions towards arid lands research and ornithology in southern Africa and globally, featured in 300 scientific publications which included six books.

Richard’s indefatigable get-on-with-it attitude was legendary, as was his encyclopaedic knowledge not only about birds but about Karoo ecology in general and beyond that, the Kalahari and Angola, as well as several other places around the world, such as Tristan da Cunha, Mexico, USA and Germany, where he left his mark. He was a natural scientist in a literal sense, as his early passion for natural history prompted him to publish many scientific papers without undergraduate study before being employed as a field researcher by Yale University, McGregor Museum, the Barberspan Ornithological Research Station, the Tzaneen and Nylsvley Nature Reserves, and the Ditsong Museum. 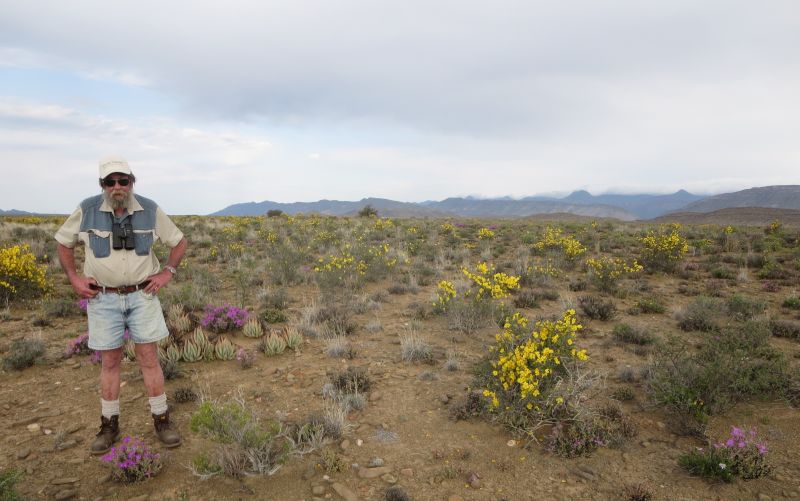 Richard’s encyclopaedic knowledge about birds and the Karoo ecology in general was legendary (Photo: Sue Milton-Dean) 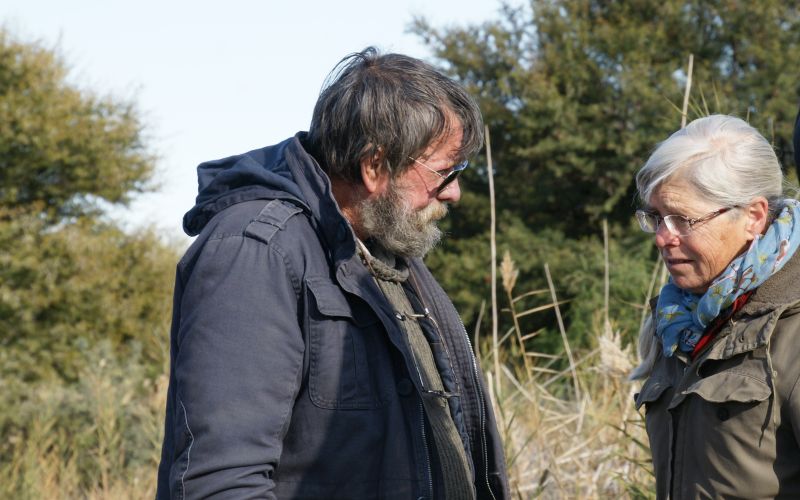 Many remarkable achievements can be attributed to Richard’s close professional partnership, synergy and brainstorming with his wife, Sue Milton-Dean (Photo: Joh Henschel)

In 1986 he and his wife, Sue Milton-Dean, were employed by the Percy FitzPatrick Institute of African Ornithology, University of Cape Town, to manage the Karoo Biome Project, including initiating the Arid Zone Ecological Forum (AZEF). They established the Tierberg Karoo Research Centre, turning it into a hub of Karoo research, generating 140 publications in 30 years. It was, therefore, imperative for SAEON in 2014 to build on this momentum by taking it on as the Tierberg-LTER platform while also getting involved in projects at another Karoo site established by the Deans, Wolwekraal Nature Reserve in the peri-urban space of Prince Albert.

Over the years, Richard mentored many postgraduate students and developing scientists, including supervising twelve MSc and PhD candidates. Among the most telling effects he had on students was inspiring them to spend as much time in the field as possible, actively observing with an open mind, and documenting and timely publishing new insights. Get on with it.

Richard led by example. His own PhD project on nomadic birds of the Karoo featured in several publications, topped by his 2004 book “Nomadic Desert Birds” (Springer), which stands as Richard’s magnum opus, a global scientific contribution.

Many remarkable achievements can be attributed to Richard’s close professional partnership, synergy and brainstorming with his wife Sue. They published several landmark reviews, most notable for SAEON being the co-edited 1999 book “The Karoo: ecological patterns and processes” (Cambridge University Press) and the 2021 paper, “Anthropogenic impacts and implications for ecological restoration in the Karoo, South Africa” (https://doi.org/10.1016/j.ancene.2021.100307).

Ultimately, they showed a possible way out of the gloomy prospects of ecosystem degradation experienced across the Karoo. True to character, they advocated taking the know-how and technical capacity required to recover ecosystem integrity to the next level by getting on with it.

Richard was good at identifying problems and, at the same time, coming up with solutions and making practical, hands-on and cost-effective plans. All these are crucial when working at a remote location such as Prince Albert, far from the host of options, suppliers and services one would find in cities. His plans always assisted SAEON in ensuring the facilities at Tierberg were well-maintained and ready for researchers wishing to stay there and conduct their research.

We feel privileged to have shared some of Richard’s life path. On behalf of SAEON, we express our sincere condolences to Sue.