Ite dici tua fatum (Go claim your fate). These were the words of Dr Dave Thompson from the Ndlovu Node in my last newsletter article as SAEON intern. His words became a mantra to me as I moved from Limpopo (Venda) to Potchefstroom to commence with my PhD, and when I had to travel to Spain for a month-long research exchange programme, an important part in my journey to claim my fate.

Growing up in rural Venda, I always thought plants were using some magical superpower to be able to regrow after each injury or removal of aboveground parts. To my amazement, I discovered that plants use meristematic tissues located both below- and aboveground, not some magical superpower, and that there are several factors that contribute to the plant’s ability to regrow. This made me realise that there is so much we do not know about plants and the environment in general.

Plant regeneration from bud bank is the ability of plants to form new shoots following injury or disturbance from buds located both above- and belowground. Monitoring changes in bud natality, mortality and dormancy is important in understanding how plants respond to injury or removal of aboveground parts and how these changes influence plant community composition, particularly in disturbance-prone communities.

The North-West University’s Unit of Environmental Science and Management (NWU.UESM) in South Africa and the Instituto Pirenaico de Ecología-Consejo Superior de Investigaciones Científicas (IPE.CSIC) in Spain commenced their research collaboration looking at plant-soil interaction with a special focus on gypsum soil and other variables/factors such as grazing gradients, climate change and human land use. This research collaboration enables postgraduate students from both institutions to spend some time at the partner institutions learning and collaborating on different projects looking at plant-soil interactions.

Studying the dynamics of disturbance-plant-soil interactions (particularly from a plant regeneration perspective) in systems such as African savannas and during this time of climate change will increase our understanding of belowground biodiversity, plant regeneration from bud bank and ecosystem function.

Under the guidance of Professors Yolanda Pueyo and Sara Palacio, I participated in a month-long secondment programme hosted by the IPE.CSIC in Zaragoza ad Jaca in Spain. My learning was around grazing gradients, ecological data analysis, plant-soil analysis (soil fertility, soil physical properties, plant aboveground architecture), gypsum calculations and the gypsum world project in general.

I was hosted primarily by Professor Yolanda Pueyo. The first week consisted of basic explanations of the different projects Professor Pueyo is involved in, basic soil sampling techniques, sample pre-treatment and discussion around what the following weeks would entail.

Over the next week with Prof Palacio, I had the opportunity to visit a few populations of endangered plant species outside Jaca and inside the Ordesa National Park that are being replanted at different altitudes, with a few populations at the foot of the mountain and others midpoint up the mountain. While fieldwork is normally not an issue for me, doing fieldwork in a snowy environment and having to lift ice to identify herbaceous plant species underneath is not my usual kind of fieldwork.

During the final two weeks I had the opportunity to expand my knowledge on topics such as soil physical properties (soil water content, saturated hydraulic conductivity, bulk density and soil structure), ecological data analysis, plant buds, grazing gradient, gypsum calculation and plant-soil interaction in general. Most of the field sites in Zaragoza and Jaca are located in gypsum soil. The exposure I received and knowledge I gained of soil-plant interactions as a direct result of the knowledge and expertise of IPE.CSIC staff will be vital in my ongoing PhD project.

My most notable impressions of the whole journey were the willingness of IPE.CSIC staff in Jaca and Zaragoza to share their knowledge and expertise with me. I would like to sincerely thank Professors Sara Palacio, Yolanda Pueyo and Stefan Siebert for their remarkable efforts in making this journey possible, as well as my supervisors (Professor Frances Siebert and Dr Dave Thompson) for their guidance throughout this journey. I would lastly like to thank the IPE.CSIC staff and students for the opportunity to learn from them.

A sho’t left in Spain

Although weekends were mainly for resting, regrouping and planning for the upcoming week, they also provided a perfect opportunity to explore and learn more about the cities (both Zaragoza and Jaca) – from the museum and statue of Francisco de Goya near the Ebro River and the modern city centre around Plaza de España in Zaragoza to ice skating and eating cachopo in Jaca.

Learning from young early-career scientists, established scientists and other postgraduate students in different fields within the IPE.CSIC Zaragoza and Jaca offices respectively, made this month-long stay in Spain a once-in-a-lifetime learning opportunity which I will cherish and use as a catalyst for further development, both personally and professionally.

Super agradecido por la oportunidad, en el siguiente. (Super grateful for the opportunity, on to the next one.)! 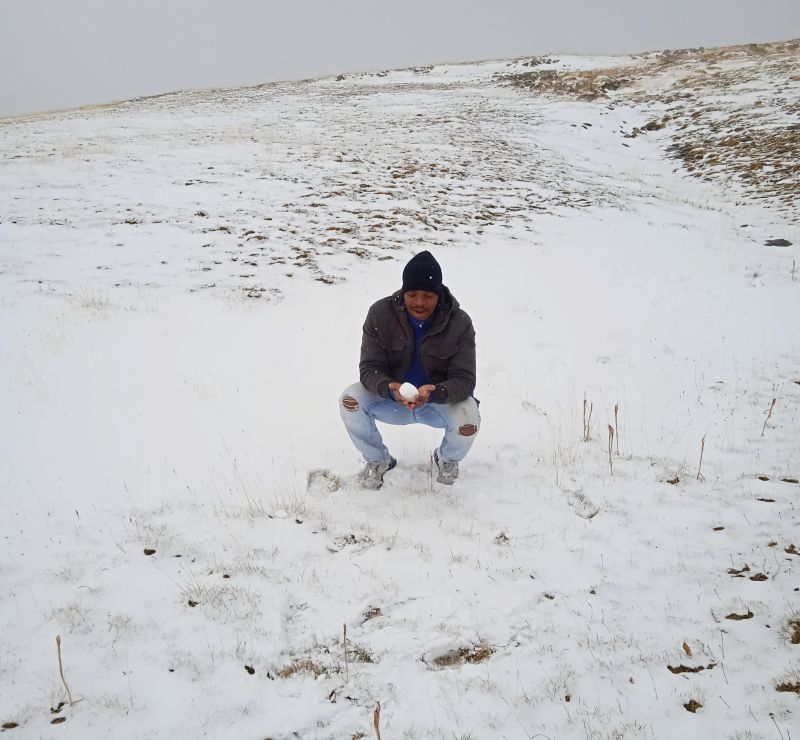 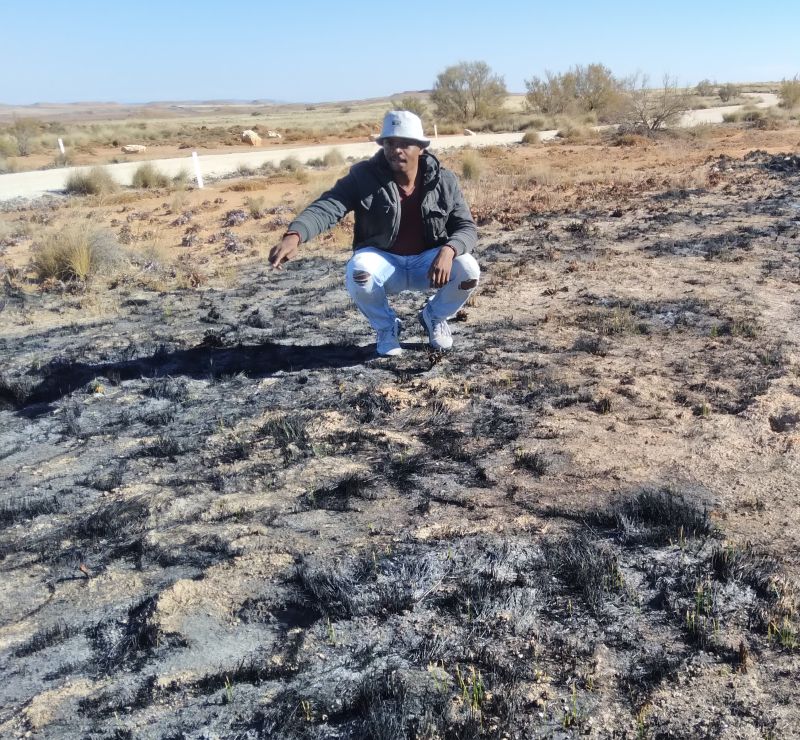 A burned patch in Aragon, a region in Zaragoza 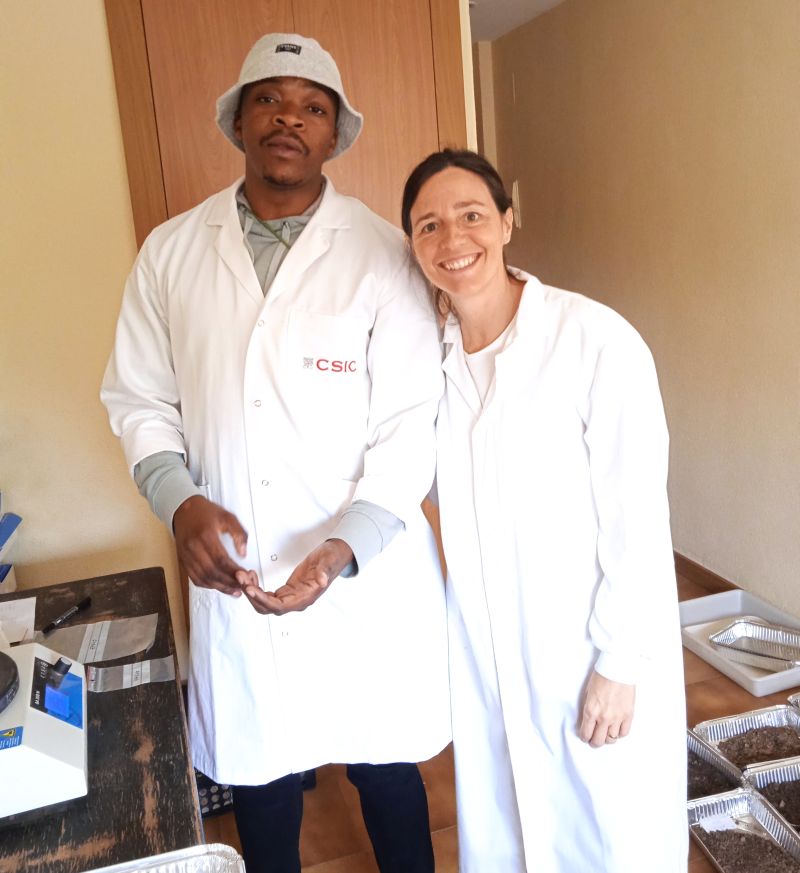 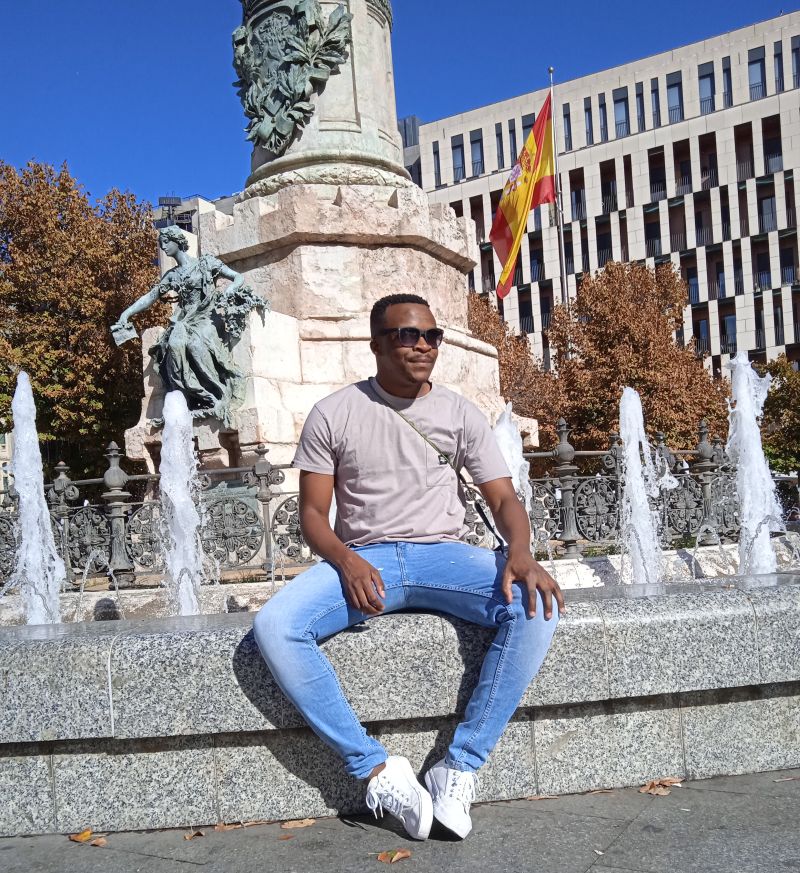