On the shoulders of a giant

Hands-on experience is crucial in the development of any young scientist, particularly those involved in an environmental science-related field like botany. This is the reason why I accepted the opportunity to join SAEON as an intern and subsequently as a SAEON-affiliated PhD student.

Stand on Ndlovu’s shoulders. That is the message I received from everyone when I joined the Ndlovu Node as a National Research Foundation (NRF) intern in April 2019. My desire to learn and the node staff’s willingness to share their knowledge with me made the experience worthwhile.

There are a few memories/highlights that have had a huge impact on my personal and professional development, both during my time as an intern and continuing now as a PhD student affiliated to SAEON.

Writing for the eNewsletter

As a young scientist with a passion for science communication I was presented with an opportunity to write most if not all science engagement articles for the node, an opportunity I grabbed with both hands. I wrote 11 articles on various topics such as Covid-19 and Artemisia plant harvesting, the SAEON kids symposium, SAEON educator workshop, SAEON science camp and SAEON GSN workshops. These experiences have enabled me to refine my written science communication skills.

Long-term observational studies normally involve a team of individuals from different institutions and with different skill sets working together towards a common goal. Being an intern at SAEON enabled me to cultivate professional relationships that have already started paying off as I was included as a co-author on a manuscript for a project that I assisted in. I also benefited during the NRF scholarship application process from a professional relationship I initiated during my internship days where an international scientist wrote a glowing letter of recommendation for me. 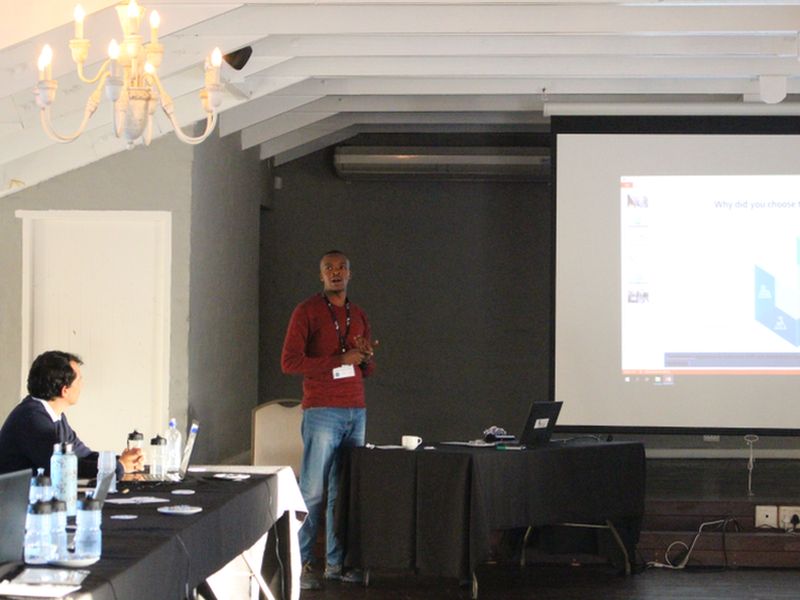 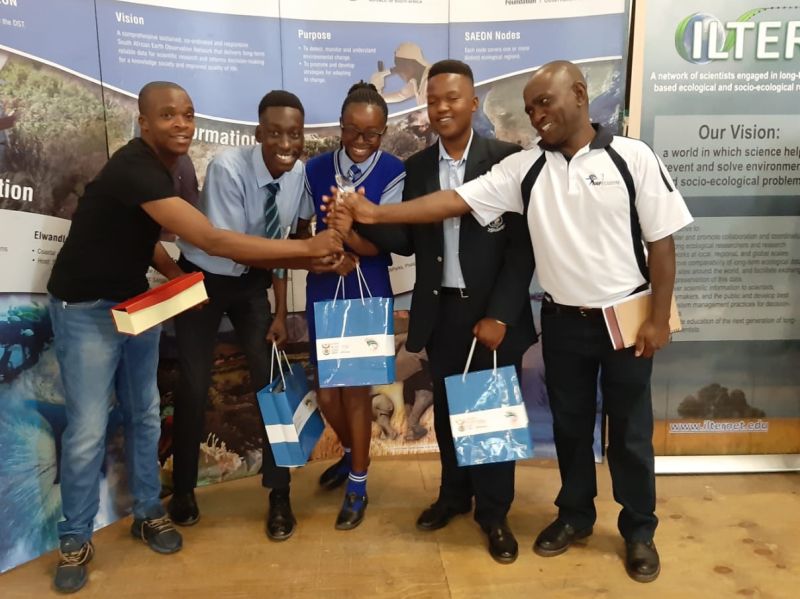 Actively ensuring continuous positive personal and professional development for every young scientist affiliated to SAEON is crucial to SAEON’s mandate, hence the formation of SAEON’s Graduate Student Network (GSN). As a member of the GSN for more than five years, I have benefited in different ways, but two opportunities stand out. Firstly, I was invited to form part of the GSN Indibano in 2019 as an intern where I won the award for Best Intern presenter. Secondly, I am a member of the current GSN steering committee, an opportunity that is preparing me for leadership in science roles and which I am really enjoying.

Being the first SAEON node to be established, the Ndlovu Node has maintained what SAEON seeks to achieve, particularly when it comes to the development of young scientists, both personally and professionally. I have benefited so much and am still benefiting from my affiliation with SAEON.

As SAEON is celebrating its 20th anniversary, I am grateful for the opportunity to be part of SAEON, both as an intern and now as a PhD student.

In her MSc thesis, Tania Duba investigated coastal environmental and climatic changes from the perspectives of a local fisher community and scientific research along the Wild Coast in the Eastern Cape province of South Africa

From SAEON Kid to PhD candidate

I joined SAEON in 2008 through a school environmental club led by Thomas Mtontsi, the Egagasini Node’s science engagement officer. The club was established for us to learn scientific research methods and applications. We were tasked to monitor environmental uses and changes in our local school – Sophumelela Secondary School – and community, Samora Machel.

As a grade 9 learner at the time, this task was exciting yet daunting. It took a lot of commitment, hard work and support from my school and SAEON to conquer such an intimidating task. In the three years that I was part of the club, I had numerous opportunities that further developed my maths and science skills.

My participation in a research cruise is one of the opportunities that deserve highlighting. The experience was wholesome and surreal! Working with established scientists and technicians on board the African research vessel for real scientific research that could inform policy and aid decision-making for our country’s fisheries management was something I could not even dream of, coming from a small school in the townships of Cape Town.

I assisted in collecting seawater samples and learned to operate oceanographic instruments such as the CTD (used to measure the electrical conductivity, temperature and pressure of seawater) and Bongo nets. The chief scientist took us fishing during our leisure time and we caught fish for both the kitchen and our lab work. Other opportunities included annual science camps, visits to the aquarium and entrance into the Eskom Expo for Young Scientists competition.

After Matric, I enrolled for an oceanography and environmental science degree at the University of Cape Town. I remained affiliated with SAEON and received support through academic supervision, bursaries and internships from my Honours research project to date (as a PhD candidate).

The science engagement office has always had my heart and it has been an absolute pleasure to be afforded an opportunity to give back to it by mentoring the current members of the school club, co-facilitating science camps, exhibiting in science fairs and contributing to the early development stages of the marine science school curriculum. It has also been refreshing to witness the advancement of science engagement activities from being learner-educator focused to now being inclusive of communities and how they can benefit from science.