An article titled MzanSea: South Africa has so much to celebrate in Marine Month, was published in Rising Sun – Chatsworth and EYETHU UGU on November 2. Read more about the MzanSea project here.

Glenn Moncrieff, a data scientist at SAEON’s Fynbos Node, is cited in an article titled New app detects illegal ploughing of endangered renosterveld  that appeared in Mail & Guardian of November 20. Developed over a period of two years, the app has gained international recognition that will allow it to be used in other vulnerable habitats.

Little patches of diversity: the value of small fragments of pristine grasslands, an article by Ndlovu Node PhD student Marlize Muller, appeared on pp 30–31 in ENVIRA, the quarterly newsletter for the Unit for Environmental Sciences and Management at North-West University.

An article titled The Circle of Life was published in The Current – the university news platform for the University of California Santa Barbara. It marks the launch of a new project by a team of researchers from the University of California Santa Barbara (UCSB), Utah State University and Marquette University, along with local partners in the Kruger National Park and from SAEON, who believe that the decay of even a single elephant carcass, because of its large size, can be significant in creating heterogeneity in the composition and ecological processes in savannas. The team brings together complementary experience and substantial expertise across multiple trophic levels in savanna community ecology, as well as mentorship and broader impact implementation. 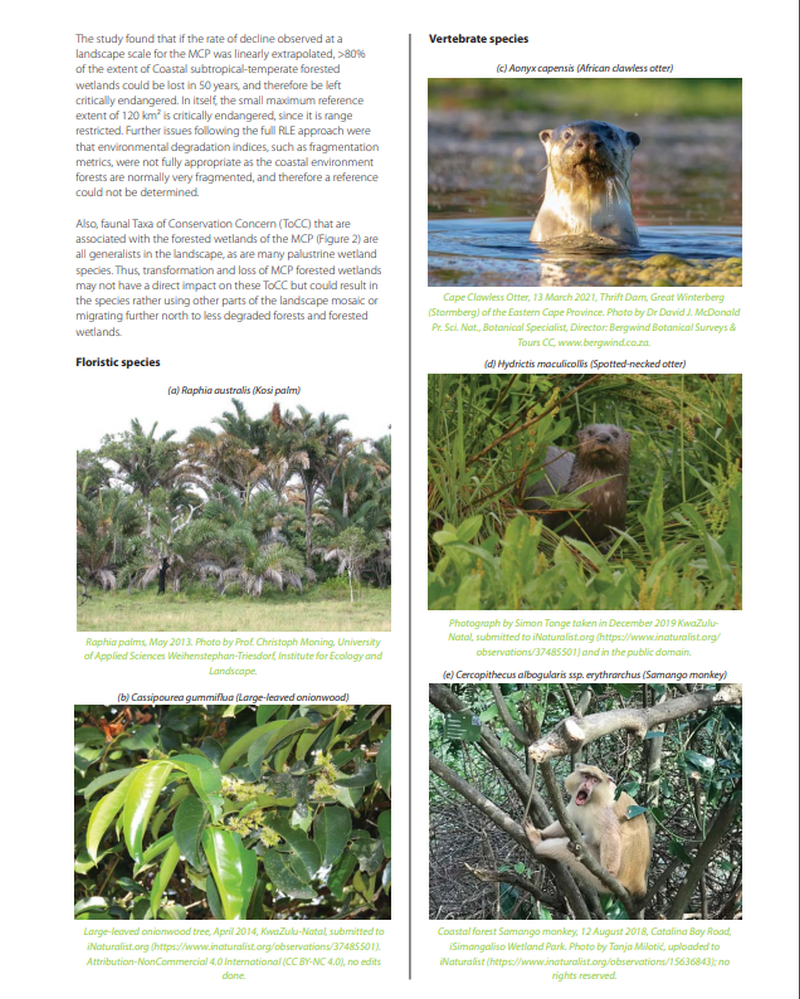 South Africa’s swamp forests are very likely critically endangered wetland ecosystems, an article co-authored by Sue Janse van Rensburg, coordinator of SAEON’s Grasslands-Forests-Wetlands Node, was published in The Water Wheel of November/December 2021. This latest study showed that South Africa’s swamp forests are in danger of disappearing – along with the valuable ecosystem services they offer. The work contributes to the monitoring of environmental changes at a landscape scale, particularly to the Maputaland Expanded Freshwater and Terrestrial Environmental Observation Network (EFTEON) site. This is one of six EFTEON sites in South Africa, where long-term landscape-scale research and monitoring will be undertaken.