Little patches of diversity: the value of small fragments of pristine grasslands

Grasslands have long been neglected as an important ecosystem as it has erroneously been believed that forests represent the dominant climax state (Bond, 2019). This notion has been challenged by the fact that more than 58 percent of the planet’s land area is covered by non-forested, ancient open-ecosystems (including deserts, grasslands and savannas) (Dinerstein et al., 2017).

Despite this, the threats faced by forests are well understood, documented and resourced (think Amazon rain forests), while open-ecosystems such as grasslands are poorly managed and conserved (Bond, 2019).

Grassland systems host an exceptionally high diversity of animal and plant species, habitats and communities (Carbutt et al., 2017). There are 161 orchid taxa in the Grassland Biome of South Africa, for instance, of which 67 percent are endemic (Mucina and Rutherford, 2006).

Grasslands are threatened by human activities – species richness decreases by nearly 50 percent after land transformation (Muller et al., 2021). Many grassland species are not tolerant to anthropogenic soil disturbance (Siebert, 2011) and disappear completely from the system. This is especially true for plant species with underground organs adapted to survive harsh winter conditions, drought and fire (Bond, 2016).

The loss of species when grasslands are transformed could have a significant impact on the ability of these systems to provide vital ecosystem services. Untransformed grasslands provide a variety of ecosystem services that are necessary for our survival (Figure 1), including the provisioning of food, fresh water, medicinal resources and the regulation of systems such as erosion prevention and carbon sequestration (TEEB, 2011). 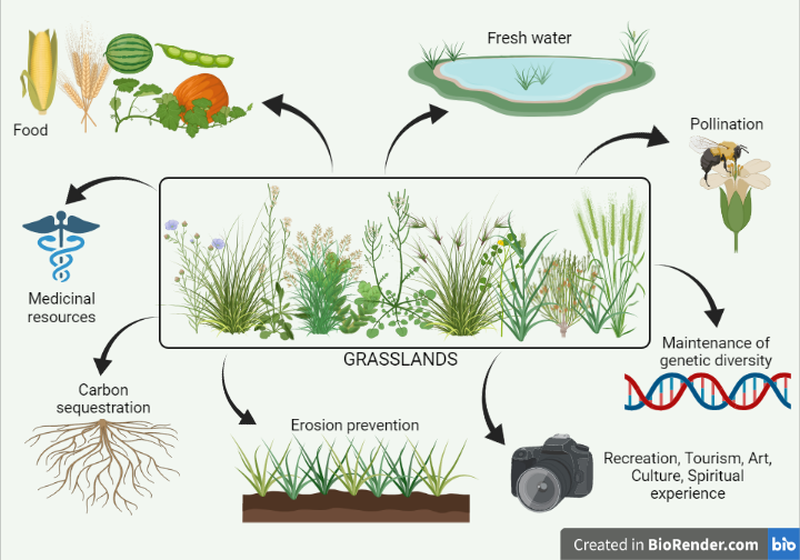 Figure 1: Some of the ecosystem services provided by grasslands (Source: Marlize Muller) 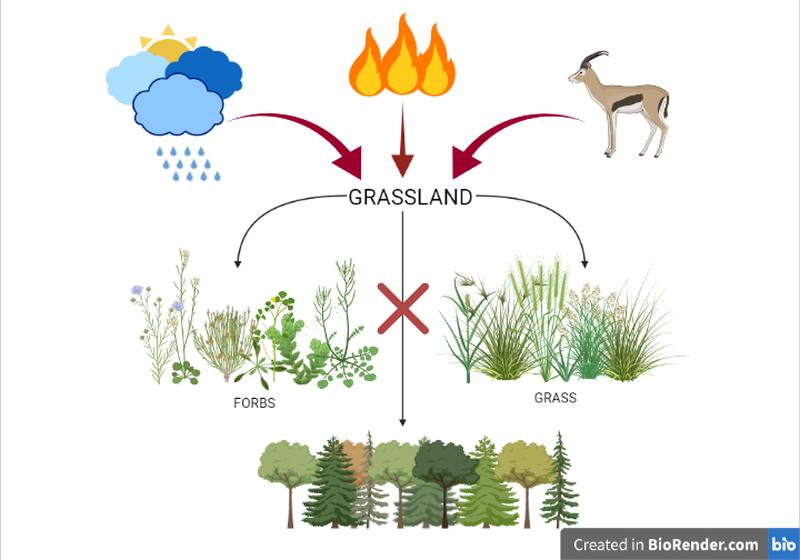 Figure 2: Grasslands consist of a high diversity of forb and grass species that are maintained by inter-annual rainfall variability, fire and herbivory. Indigenous trees are scarce, although large areas of natural grasslands are covered by exotic timber plantations (Source: Marlize Muller)

The Grassland Biome is one of the most threatened biomes in South Africa, as 40–60 percent of the biome has already been irreversibly modified, 60 percent of the remaining grassland is threatened and only about 15 percent remains natural grassland with less than three percent of grasslands formally protected ( Little et al., 2015).

A particularly threatened grassland ecosystem is the Woodbush Granite Grassland found close to the village of Haenertsburg in Limpopo Province. Only about six percent of the grassland is still in a natural state, with the largest fragment being 192 hectares in size (Dzerefos et al., 2017).

This small fragment contains ~660 plant species, rendering the conservation value of the area especially high (Dzerefos et al., 2017; Niemandt and Greve, 2016). Most of these species are forb species; grasses represent only a sixth of the total richness. Herbaceous bulbs and forbs are the life forms that contribute to the high diversity even though they occur in low densities (Edwards et al., 2010).

Pristine patches of grasslands such as the Woodbush Granite Grassland provide a natural buffer to extreme events such as droughts. Grasslands have evolved in the presence of endogenous disturbances such as lightning-ignited fires, rainfall variability and large mammalian herbivory and are therefore tolerant, and to some extent dependent, on these natural disturbances (Buisson et al., 2019) (Figure 2).

The Forb Ecology Research Group (FERG), in close collaboration with SAEON and Potsdam University, assessed the effect of the severe drought of 2014–2016 on the floristic diversity of fragmented grasslands, with a specific focus on the Woodbush Granite Grassland. Results revealed that the floristic diversity of the Woodbush Granite Grassland remained largely intact when pre-drought, in-drought and post-drought data were compared.

Our further investigations into the functional ecology of these grassland patches are expected to improve the understanding of ecosystem resilience in grasslands and why they need to be protected, restored and managed sustainably.

This article first appeared in ENVIRA, the quarterly newsletter of the Unit for Environmental Sciences and Management at North-West University. 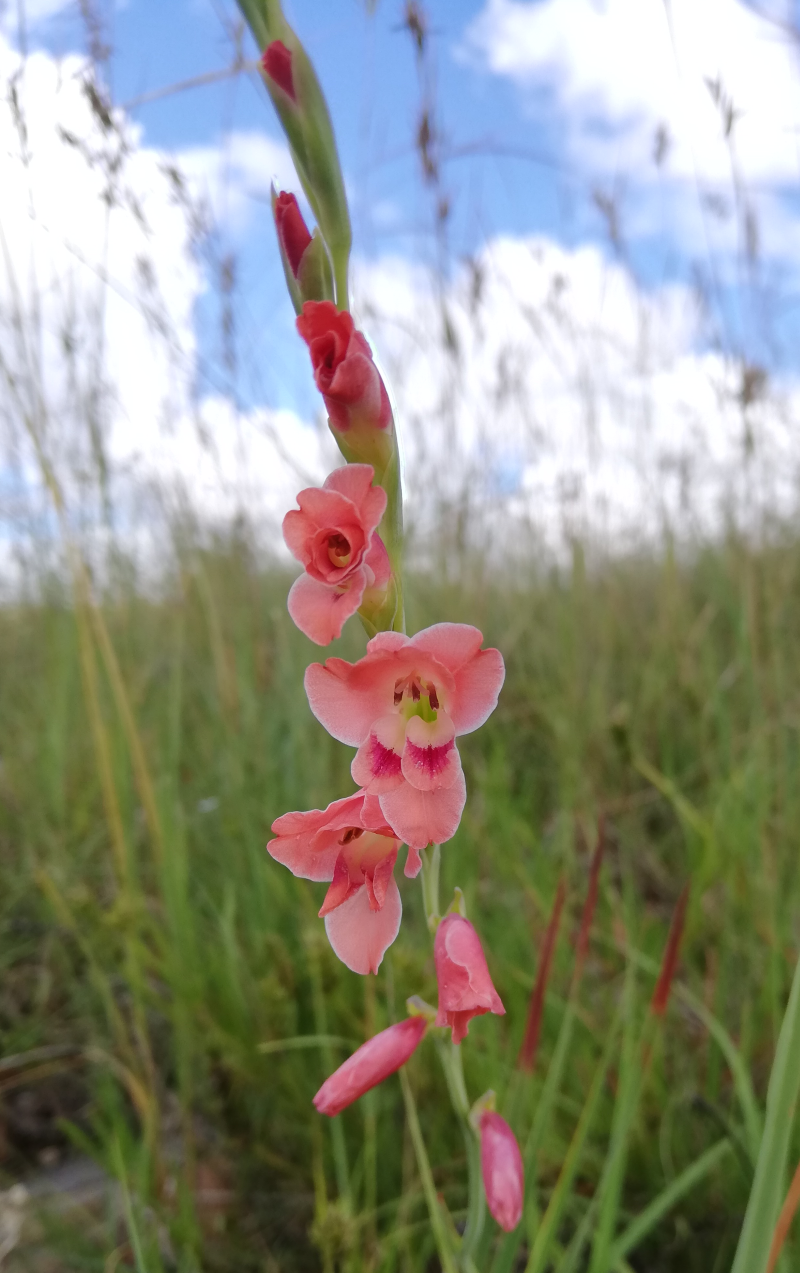 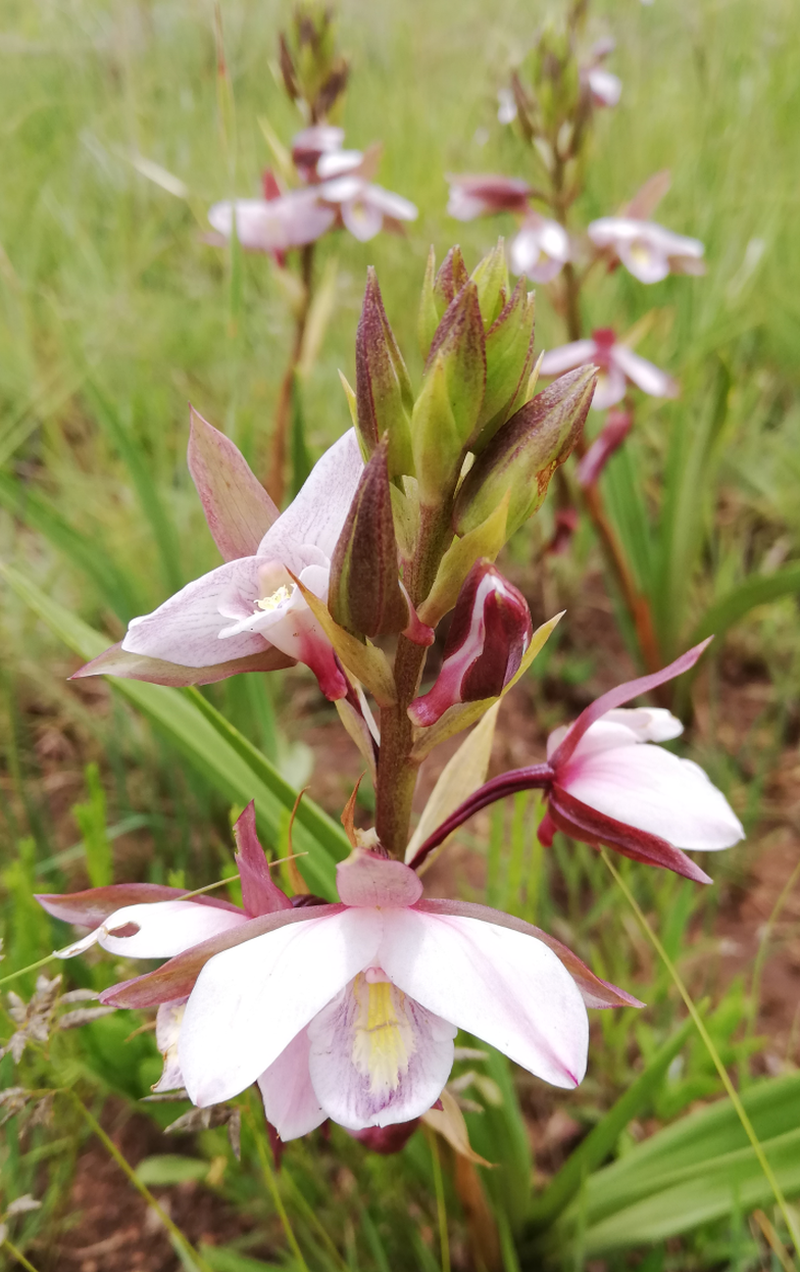 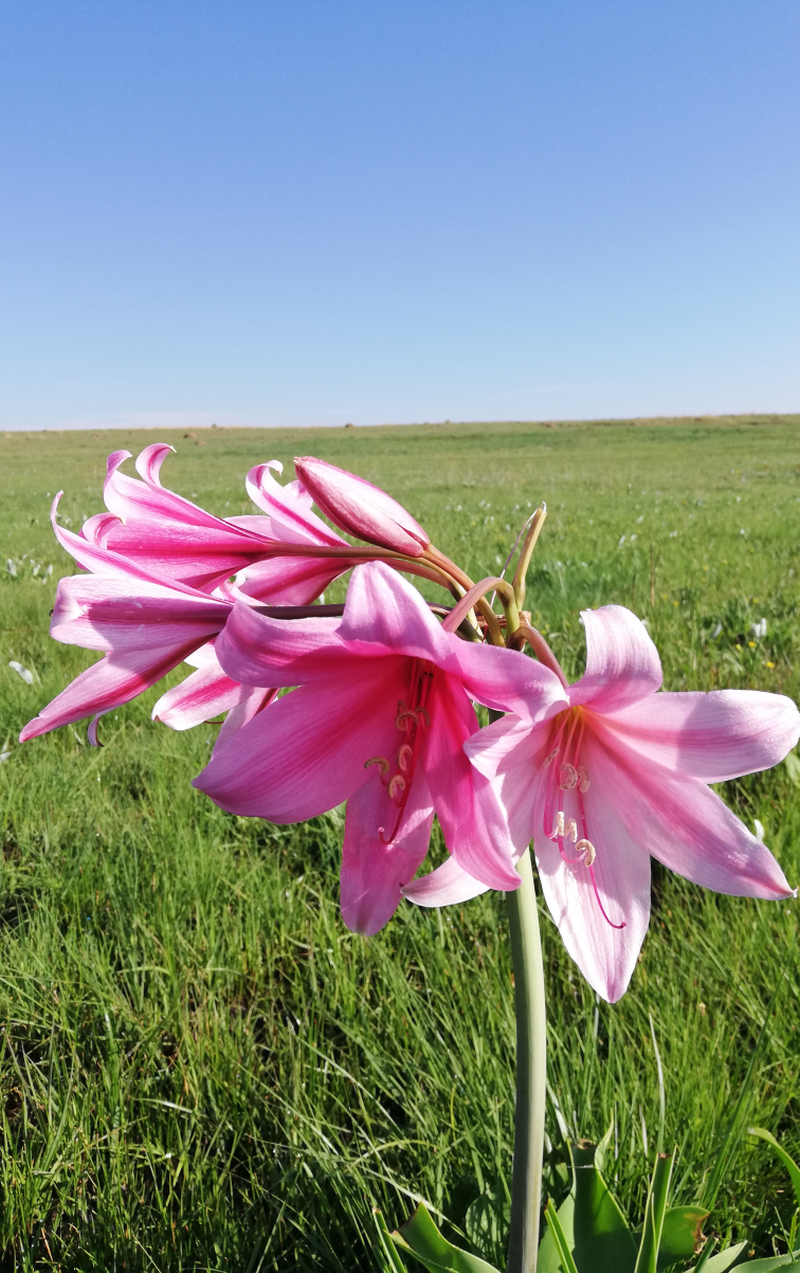 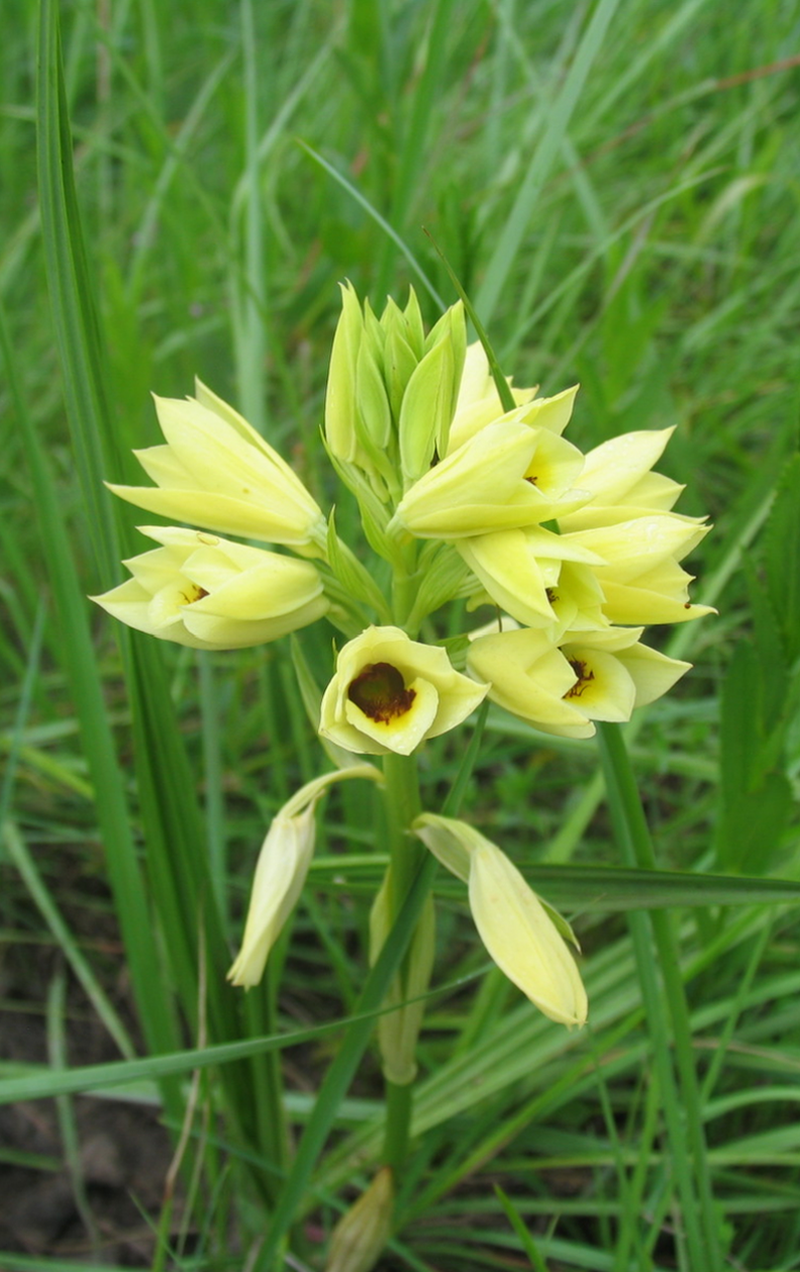 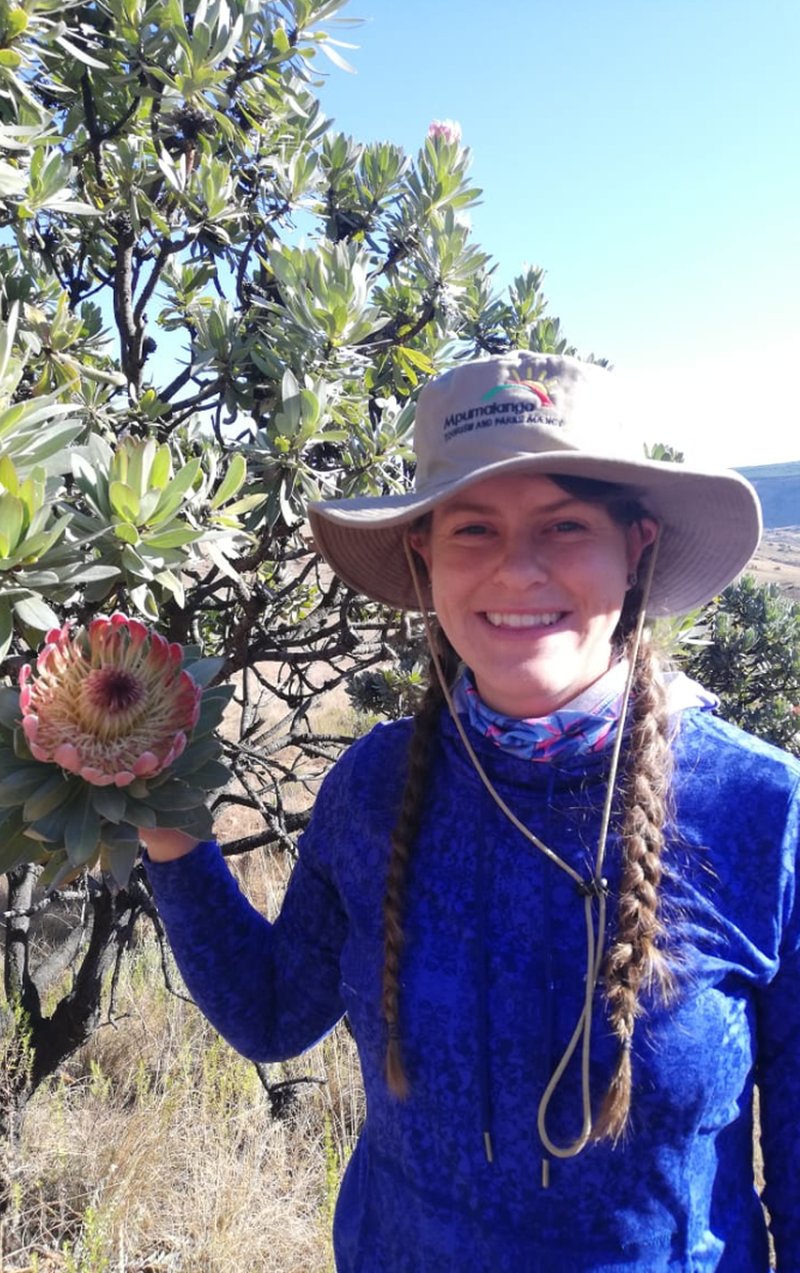 The author, Marlize Muller, is a PhD student at the Ndlovu Node