Drought effects on vegetation in the southern Succulent Karoo

Tierberg Long Term Ecological Research (LTER) site in the Prince Albert Succulent Karoo has been the focus of rangeland dynamics research since 1987. Ownership of this 100-hectare livestock exclosure was transferred to the National Research Foundation (NRF) in 2014, and since then the property has been managed by SAEON’s Arid Lands Node.

For most of the period since 1987, rainfall in the Prince Albert area was above the long-term average of 176 mm. When Dr Joh Henschel, the former manager of the Arid Lands Node, first visited Tierberg on 8 January 2014, his SAEON vehicle was trapped for some hours by a flood following a 25-mm cloudburst. Despite the flash flood, the 2014 rainfall was average.

Thereafter, hot and dry conditions prevailed until drought-breaking rains in October 2021. This widespread drought, exacerbated by abnormally high winter and summer temperatures, little cloud cover and high evapotranspiration rates (Figure 1), was to bring about major changes in vegetation, economics and land ownership in the Karoo. 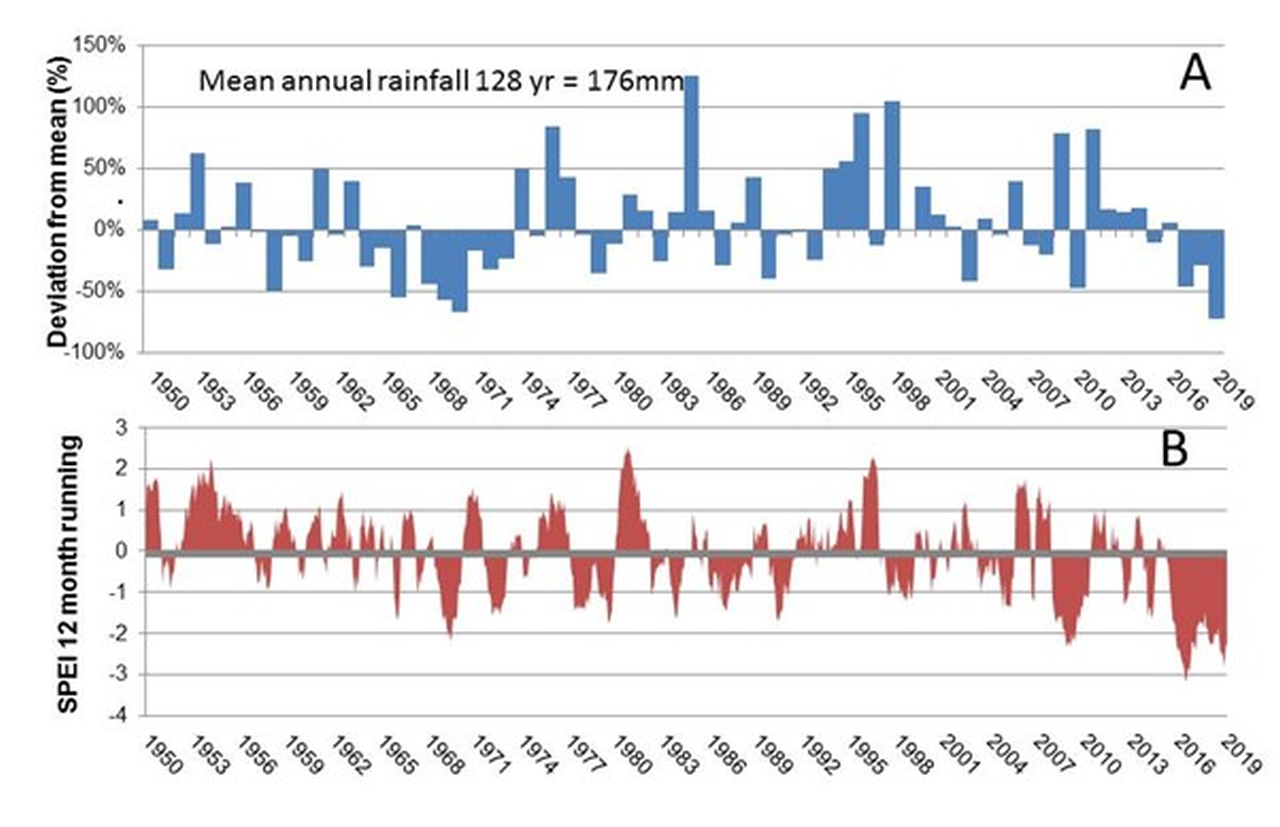 Figure 1. Annual rainfall represented as the deviation from the mean and the Standardised Precipitation Evapotranspiration Index (SPEI) for Prince Albert from 1950 until 2020.

During the drought years, Arid Lands Node staff and interns monitored the vegetation cover, composition and health on the Tierberg-LTER site and adjacent game farm (Sandrivier, Argentina), as well as at Wolwekraal Nature Reserve and on the adjacent sheep farm. Their major findings currently in press (African Journal of Range and Forage Science) were: 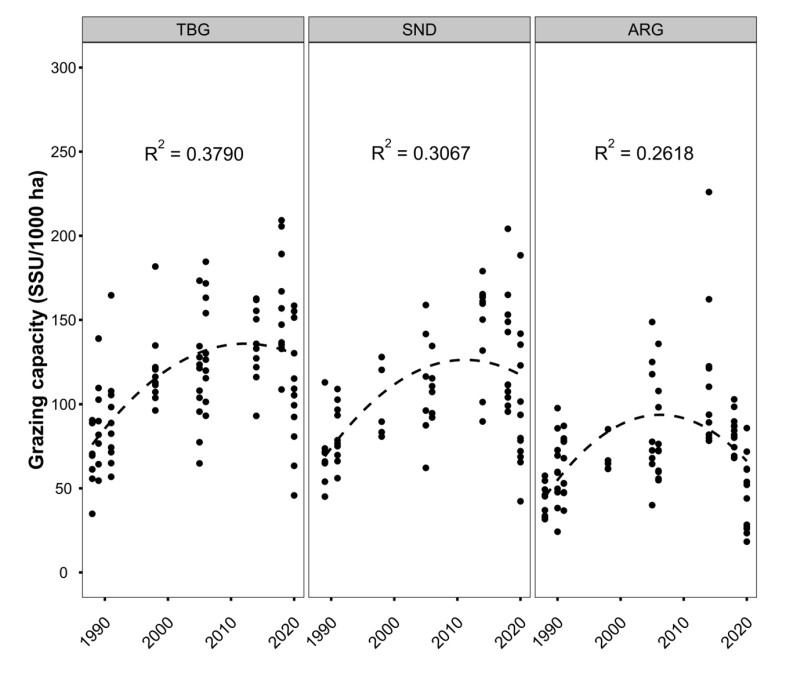 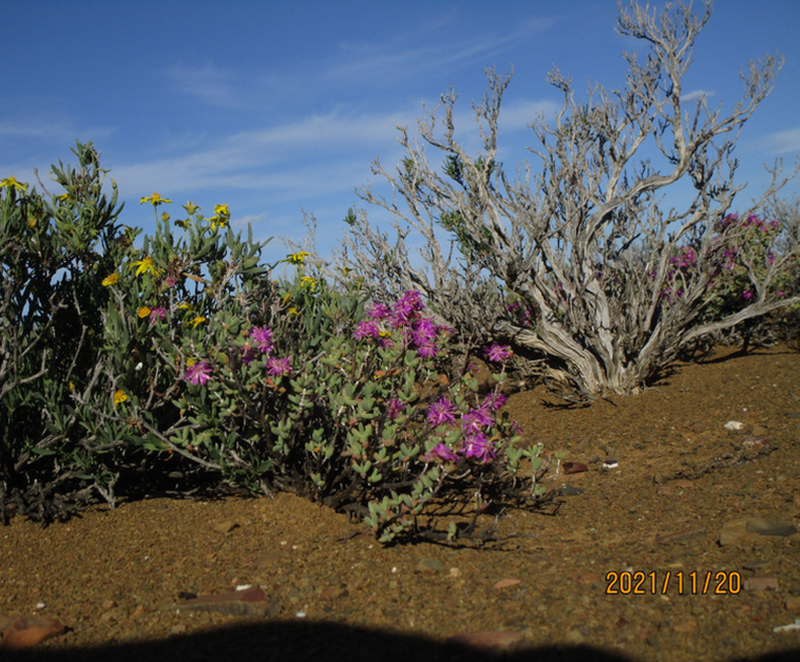 Figure 3. Osteospermum sinuatum and Ruschia spinosa flowering one month after drought-breaking rains at Tierberg-LTER and may be benefiting from reduced competition caused by die-back of the previously dominant Pteronia pallens (right).

Our conclusions are that although the drought led to considerable dieback and loss of grazing capacity throughout the southern Karoo region, the reduction in Pteronia pallens cover relative to that of more palatable species (Figure 3) could, given good livestock and game management, lead to improved rangeland conditions in the years ahead.

Continued monitoring of long-term research sites in the arid zone will enable future generations of SAEON researchers to test this hypothesis.