There is no opportunity to be concerned with anything other than making the most of this moment. Body and mind are fully engaged. Daytime heat, dust, thirst and countless sweat bees do not matter, nor does the cold, grit and odd creepy crawlies that regard you as protector and benefactor by night. Comfort and convenience, beverages and buffets, rest and sleep, are remote luxuries of a different place and time.

Though alone, it is too busy to notice loneliness. Though seemingly having all the time in the world, time is of the essence, though almost forgotten due to complete involvement sleuthing nature for information, 24/7. Sky’s the limit.

With such fieldwork par excellence, Halle Shaanika, a master’s student of the Namibia University of Science and Technology, moved the data-gathering frontier across the plains of the Namib Desert on a fat-tyre bicycle, day in day out, with brief respites in a tent. For eight months, he continued fieldwork, interspersed with a few supply runs, until he had collected data on some 30 variables at about 2 000 sample sites in a 30 km2 area. 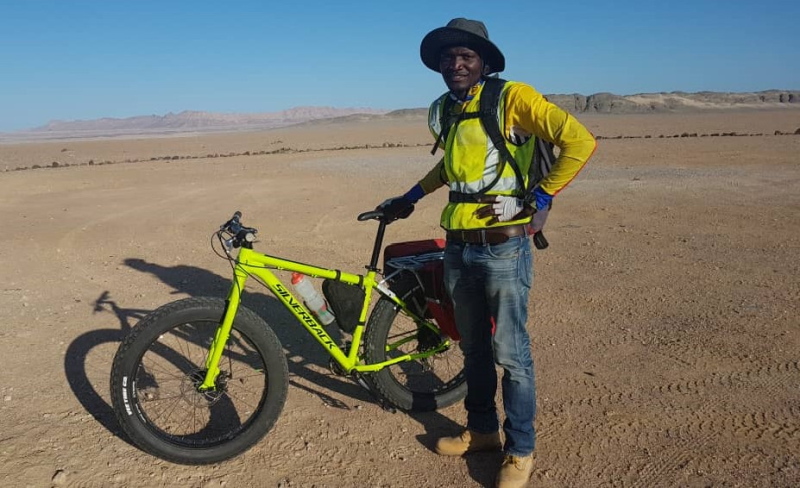 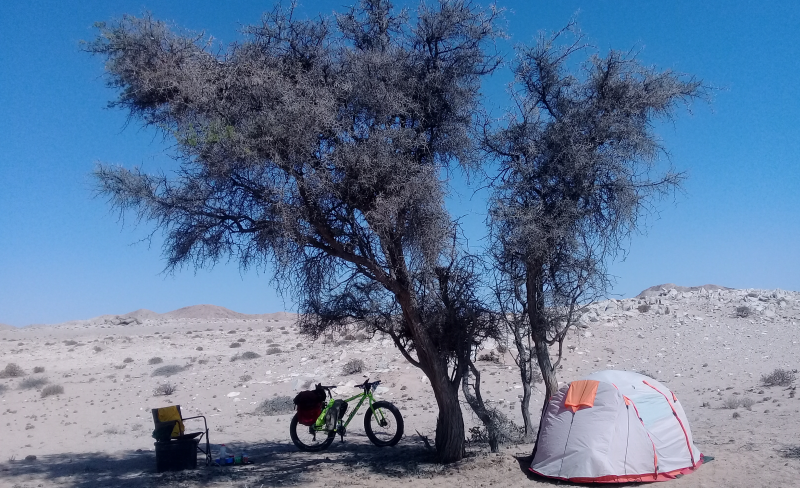 Halle analysed these data against the background of prior knowledge and expectations from an intriguing model. His study revealed how gerbil colonies change landscapes. The notion arises that these puny ecosystem engineers play key roles, raising productivity in the Namib Desert, which may benefit large herbivores such as gemsbok and mountain zebra. After mastering fieldwork in the desert, Halle becomes a Master of Science. Sky’s the limit.

I am inordinately impressed by Halle’s continuation of good scientific practice. In my earlier career, I was also an avid fieldworker before being mostly confined to office work. Over decades, I conducted fieldwork day in day out, camping alone, moving a tiny piece of the frontier of empirical science forwards one data-point at a time.

During extended periods of fieldwork, my private life and career blended into one, whether I was diving at reefs in False Bay, following hyaenas in the Namib-Naukluft Park or Kruger National Park, observing spiders or beetles in Namibia, Australia and Israel, conducting field experiments with arthropod food webs along river shores in Germany, observing fog as a water source in the Namib, or mapping root systems of Welwitschia plants on the desert plains.

Given that fieldwork only yielded the raw material, tackling the many times bigger task of analysing, interpreting and publishing also entailed doing whatever it takes. My approach followed that of productive scientists who did not limit themselves. Sky’s the limit. 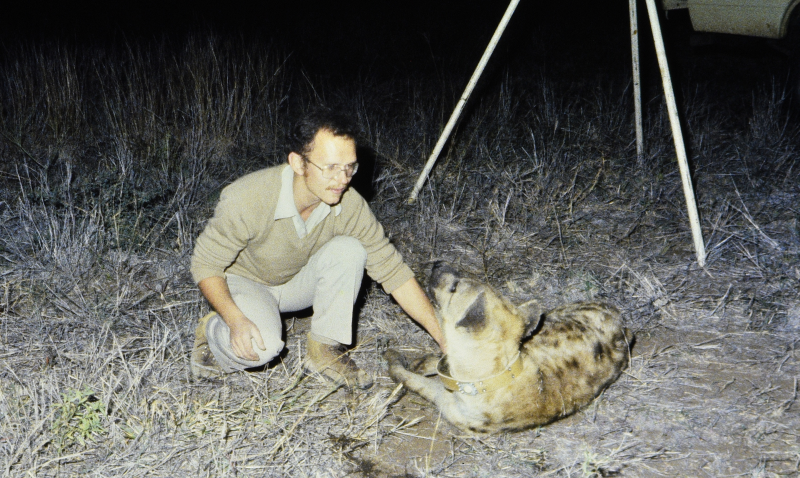 With a freshly collared spotted hyaena, whose clan I observed for over two and a half years between 1982–1984, following them for 3 678 hours over 3 317 kilometres with typical workdays of 16 hours for many days in succession 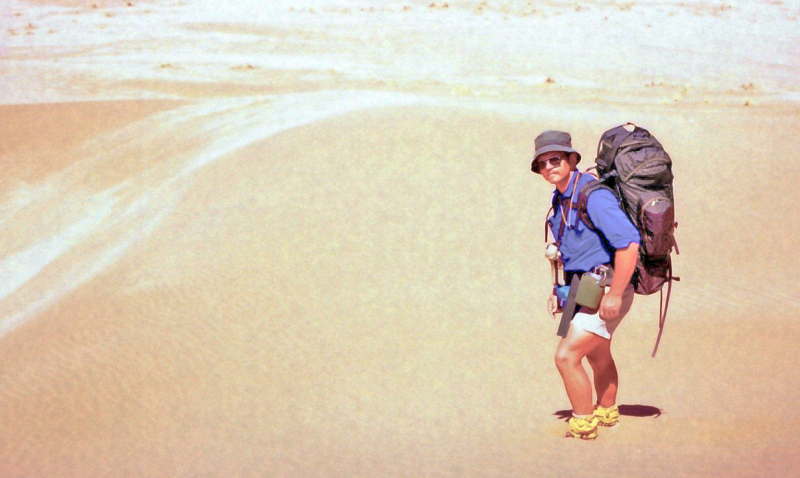 My studies in the Namib Sand Sea required me to go into remote locations only accessible by foot, as on this 100 km excursion carrying along all I needed, with over half of the load being water

Modern students trained at universities in cities are often more familiar with urban life with all its allures than the remote, rustic, lonely outdoors. While students are increasingly more adept desktop practitioners with slick computer abilities, their comprehension of the natural world declines due to estrangement to ecological fieldwork.

There is an urgent need to reverse this trend, given the pivotal importance of ecology in earth system science. Accordingly, the training of future ecologists should include full exposure to nature through proper fieldwork of the kind described in this article.

SAEON, with its many field sites attended by dedicated technicians and scientists, can offer universities active training platforms to overcome this estrangement to fieldwork. These platforms can present budding scientists with optimal opportunities to hone fieldwork skills and to embark on a lifestyle of productive scientists, well-grounded and well-equipped to elucidate the changing world.

All it takes is putting one’s mind to transcending personal limits as Halle did. Sky’s the limit.