How habitat affects drought-induced mortality of shrubs in the Karoo

The Karoo shrublands are known to be drought-tolerant. However, in recent years the most severe drought in recorded history has challenged the vegetation.

The drought occurred in the southern Karoo between January 2015 and December 2019, resulting in shrub mortality. In addition, the vegetation is affected by herbivores which reduce the reproductive output of forage species.

Such disturbances can lead to vegetation changes such as colonisation of newly created open spaces between shrubs by invasive grasses and other plant species. Changes in species composition, such as the reduction of forage species, can reduce the carrying capacity for herbivores including wildlife and livestock. 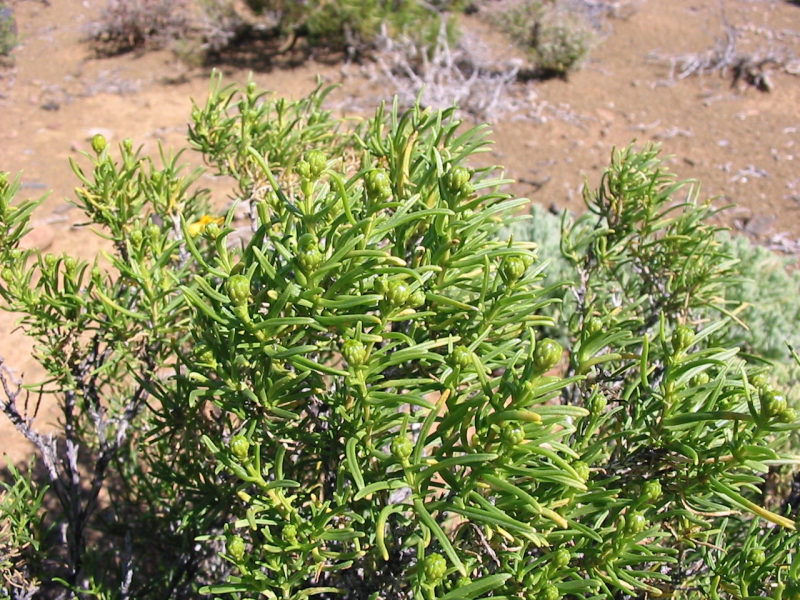 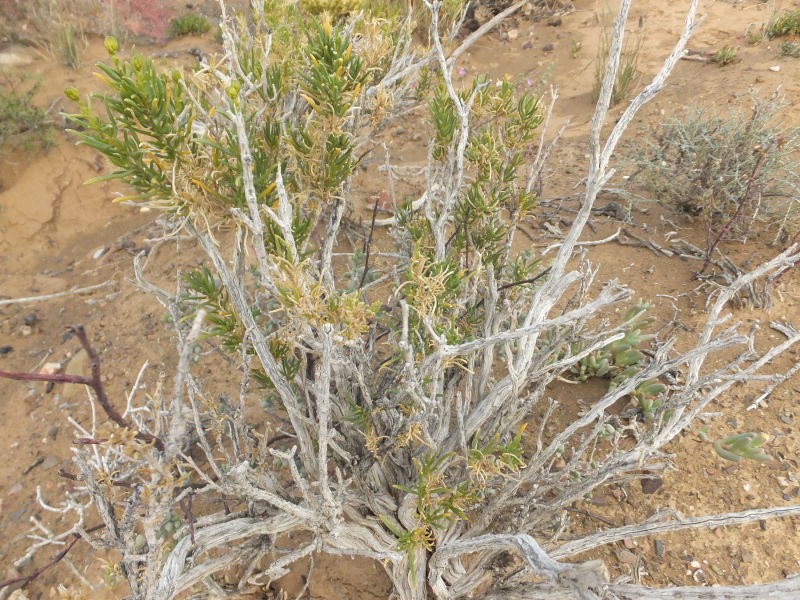 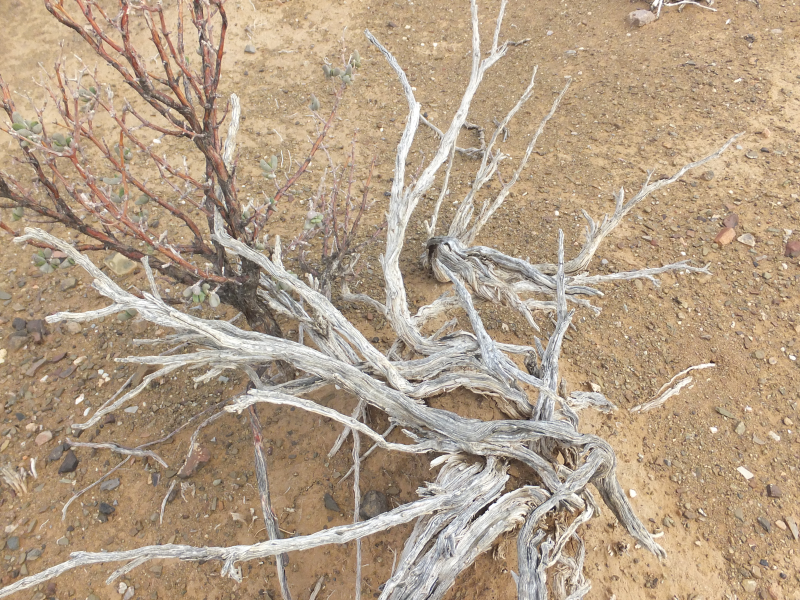 Determining the role played by habitat

This study compared drought dieback in dwarf shrub species, including two leaf succulents (Drosanthemum praecultum and Ruschia spinosa) and two non-succulents (Osteospermum sinuatum and Pteronia pallens) of the Prince Albert Succulent Karoo among different habitats (ridges, plains, valleys) as defined by water distribution. Specifically, we determined how dieback differs among the habitats and which species dominate in each habitat; how dieback differs between succulent and non-succulent shrubs, and among species; and lastly how dieback within the species is related to the size of the shrub.

We found that canopy health of the plant species differed among the three habitats. Overall, valleys had the highest number of healthy plants, followed by ridges and then plains. There were no differences in the sizes of living plants compared with dead plants. Succulence of the shrubs did not consistently aid better survival or recovery. Some species suffered as much as 74% mortality during the drought. 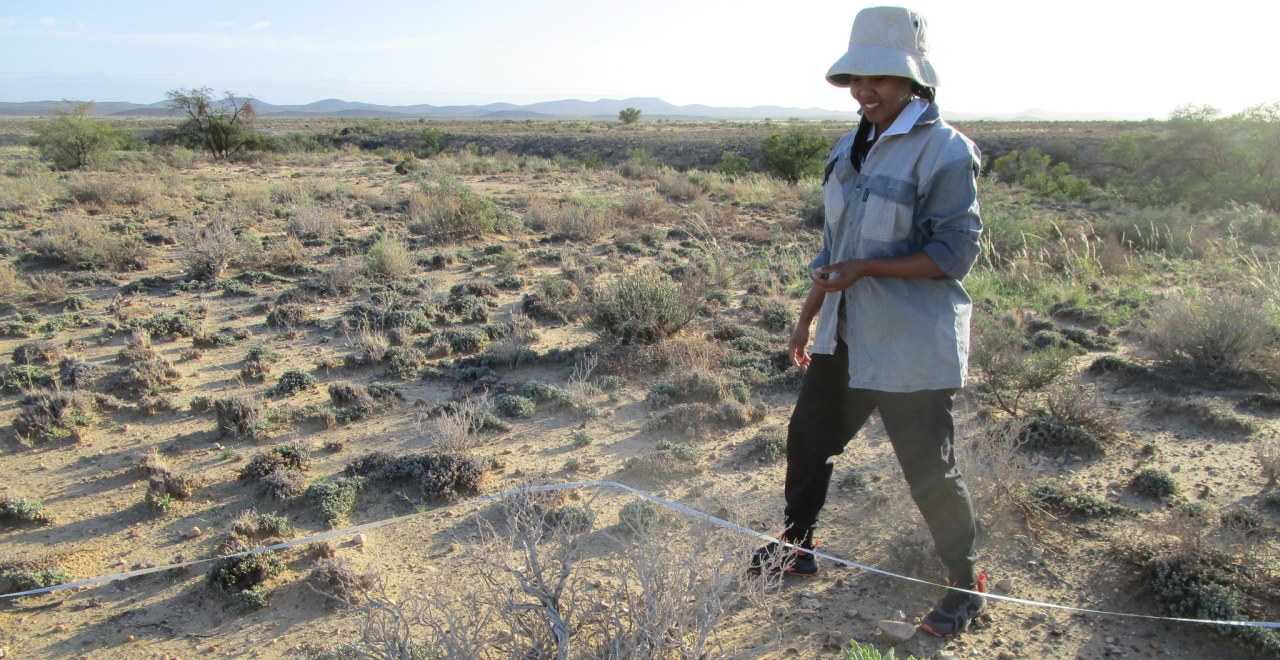 We are now embarking on a more detailed and complex study of drought effects on rangelands in the Prince Albert Succulent Karoo. This one will be on the Tierberg Long Term Ecological Research site near Prince Albert, which will also include comparison of different current and historic land uses.

These research projects are part of various long-term studies by SAEON’s Arid Lands Node that monitor shrub response to drought in the Karoo. The studies are aimed at improving our understanding of the impacts of drought and processes affecting survival and recovery from this condition. 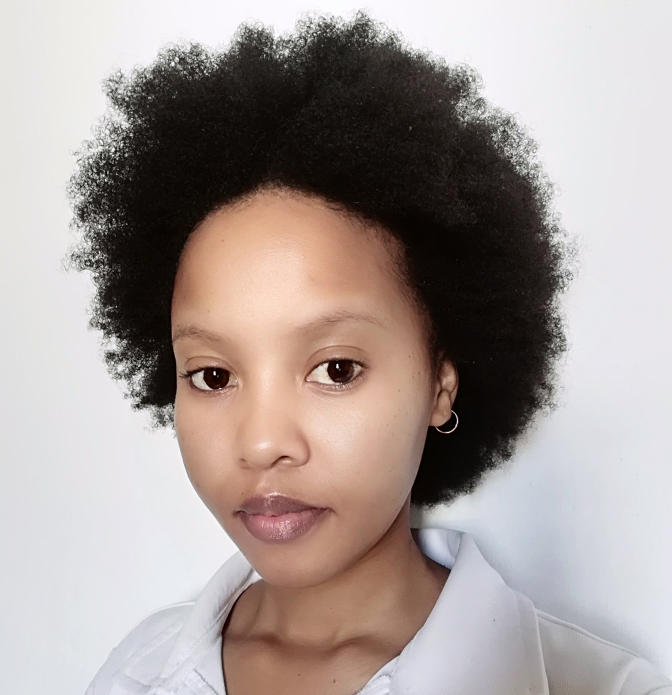 Gosego is an MSc graduate from the University of the Free State. Growing up in two small mining towns (Kathu and Kuruman) in the Northern Cape, the degradation of land and loss of biodiversity of animals and plants due to mining activities have always been a concern, resulting in her passion for biodiversity conservation from a young age.