An MSc student in Physical Oceanography from the Coastal and Marine Research Institute at Nelson Mandela University, Michael Hart-Davis, is the recipient of the prestigious S2A3 Medal for original research at masters level. Michael becomes the first Physical Oceanography masters student to win the award.

The S2A3 Masters Medals (bronze) have been awarded annually since 1981 by the Southern Africa Association for the Advancement of Science to the most outstanding research student in a scientific subject per South African university. Founded in 1902, it is the oldest scientific organisation in South Africa.

Michael began his MSc thesis in January 2018 at Nelson Mandela University and submitted his final thesis in August 2019. He completed two scientific publications based on his original research, with a further two publications currently in review. After graduating in late 2019, Michael accepted a PhD position at the Technical University of Munich in Germany where he continues to collaborate with South African colleagues.

Michael’s thesis was based on the development of a particle trajectory model for use in several scientific applications in the Agulhas Current System. The scientific applications presented in his thesis included case studies advancing the understanding of surface ocean dynamics, studying the trajectories of sea turtles as well as juvenile lobster larvae and the development of search and rescue tools.

During his master’s studies, Michael spent time in Bergen, Norway where he built collaborations with several scientists at the University of Bergen and NERSC. His time in Bergen proved to be extremely beneficial and included presenting several seminars and attending lectures at the university. It also resulted in several international publications.

Dr Bjorn Backeberg, who has supervised Michael since his undergraduate years in 2015, says “Michael has made incredible progress since we first started working together. He has demonstrated a remarkable ability to understand complex scientific problems and address these by overcoming some real technical challenges. It has been a pleasure working with him and I have no doubt that he will continue to contribute significantly to marine and ocean science in the future”.

Michael would like to thank his supervisors, Dr Bjorn Backeberg, Prof Juliet Hermes, A/Prof Mostafa Bakhoday-Paskyabi and Prof Johnny Johannessen as well as the Nelson Mandela University, Nansen-Tutu Center, SAEON and the NRF for the opportunities and contributions that they provided in allowing him to study and produce his MSc thesis. 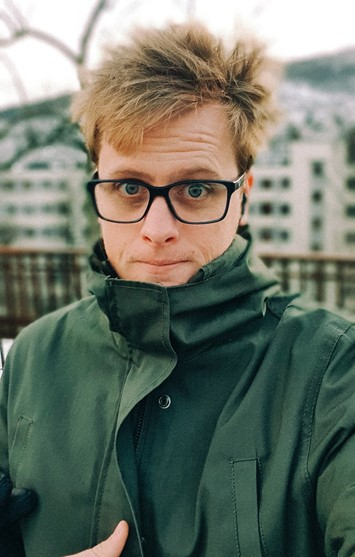 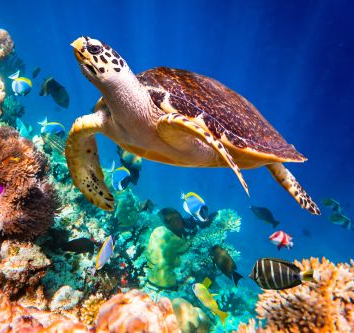 The scientific applications presented in Michael’s thesis included case studies advancing the understanding of surface ocean dynamics, studying the trajectories of sea turtles as well as juvenile lobster larvae and the development of search and rescue tools.