The sky in a haze

On June 21, 2020 at 21:46 South African Standard Time (SAST), NASA Astronaut Doug Hurley captured a fascinating image of the Sahara dust plume onboard the International Space Station over the North Atlantic.

Since then the plume has covered an 8 000-kilometre journey across the Atlantic from North Africa, followed by a second event in mid-July. More than five events have occurred between the Namibian and South African coastline since June.

So, what is the Sahara dust plume? Where is it from? How is it formed?

The Sahara dust plume is a mass of extremely dry and dusty air scientifically known as the Saharan Air Layer. It forms over the Sahara Desert and is lifted by convection. Trade winds move the dust plume across the North Atlantic every three to five days with peaks in late June to mid­­-August, according to the National Oceanic and Atmospheric Administration (NOAA).

The recent dust event has not been seen in over 50 years and has been dubbed the “Godzilla dust cloud” in the Caribbean. The Atlantic published an article in which the metrics around the Sahara dust were broken down. On average, 182 million tons of dust are transported across the Atlantic, enough to fill 689 290 semi-trailer trucks.

The Sahara dust plume is one of the greatest annual migrations on earth – not of animals, but of dust particles.

The dust plume contributed to record heat in South Florida and poor air quality in the Caribbean. Health experts raised concerns about the effects of the dust on people battling respiratory symptoms linked to Covid-19.

However, it is not all bad. Deserts, including the Namib, are an important source of aeolian dust, which plays a crucial role in ecosystems globally through the transport of minerals and nutrients. These nutrients act as a fertiliser, stimulating phytoplankton blooms in the ocean. The Amazon is fertilised by the dust and the Bahamas ecosystem has been transformed by previous events.

The North Atlantic receives large amounts of dust compared with the South Atlantic due to land masses and the size of the Sahara Desert.

Dust plumes along the west coast of Southern Africa have been recorded before. On September 25, 2019 at 14:25 SAST, the Visible Infrared Imaging Radiometer Suite (VIIRS) on the NOAA­–NASA Suomi NPP satellite captured an event that covered the Orange River at the border between Namibia and South Africa. This event was observed and published by the NASA Earth Observatory.

A more recent dust event was captured by the European Organisation for the Exploitation of Meteorological Satellites (EUMETSAT) Meteosat11 in Walvis Bay on July 17, 2020, stretching into the South Atlantic. This event created a spectacle in Walvis Bay, with one social media user comparing it to the 12 plagues of Egypt and other eyewitnesses describing that they have never seen it at that scale before.

The VIIR onboard satellite is a useful tool for tracking these dust plumes through infrared imaging. Ozone mapping and profiling instruments can also be used to detect the presence of light-absorbing particles in air. An aerosol index is then derived from normalised radiances using different wavelengths to differentiate between particles.

The importance of these dust plumes cannot be stressed enough. Are these extreme dust events getting more intense or more frequent? For now, it is too early to tell… but they certainly make a spectacle.

Fun facts from Popular Science suggest that the Sahara dust suppressed tropical storms and hurricanes along its track. Particles from the dust make the sky more colourful, creating beautiful sunrises and sunsets. 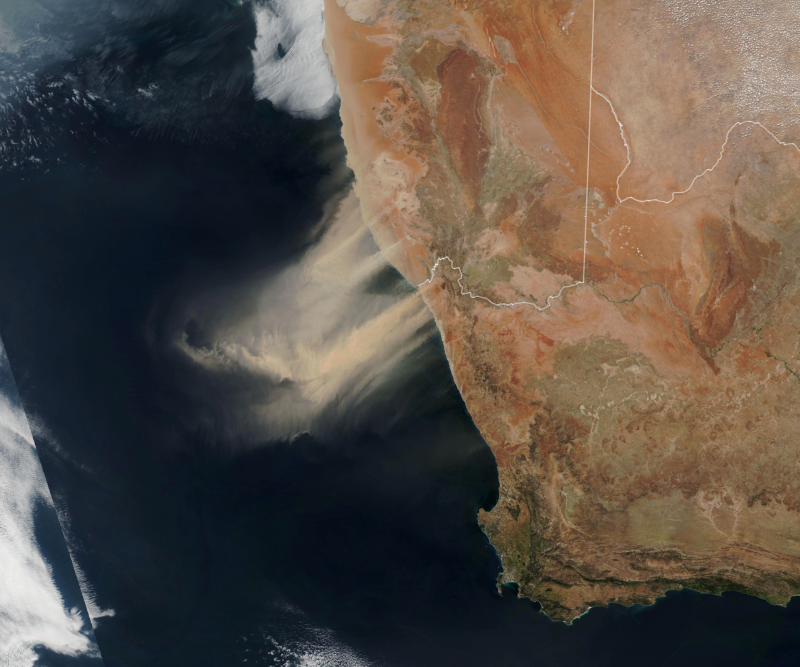 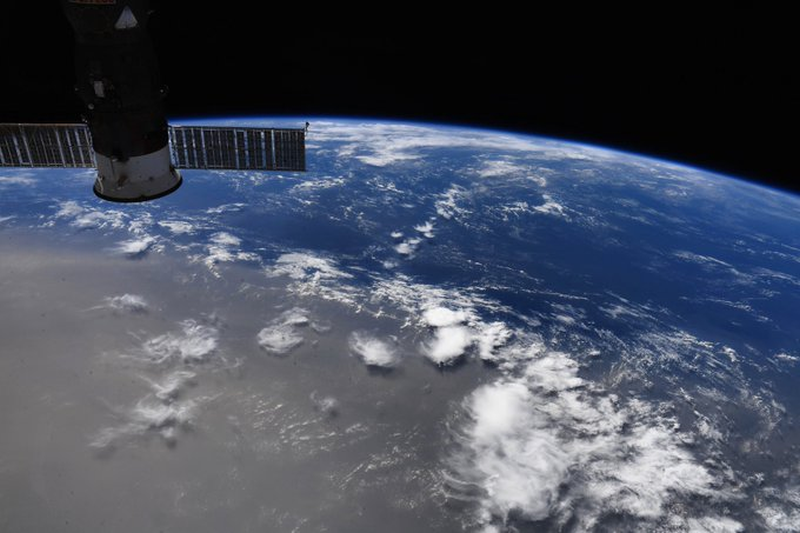