I joined SAEON’s Egagasini Node as a postdoc in July this year where my research will focus on the southern Benguela based on ocean modelling.

My research focused on the Lagrangian pathways in the southern Benguela Current upwelling system and how they are linked to ocean circulation. I used a high-resolution (3-km) regional model and a Lagrangian tracking tool to study the seasonal and interannual connectivity between Cape Point (34°S) and St Helena Bay (32°S). The findings of the study are expected to provide valuable information for future studies on the role of the physical drivers that impact transport of biological materials such as plankton, larvae and eggs.

Thanks to the IRD scholarship programme, I had the opportunity to share my PhD time between France and South Africa, spending six months a year in Brest. In the process I experienced two winters a year and always left before the start of summer.

The first six months I spent in France was something of a culture shock and I found the French language difficult. But, overall, it was an inspiring and fulfilling experience to study abroad, to travel around Europe and to work in a multicultural environment. 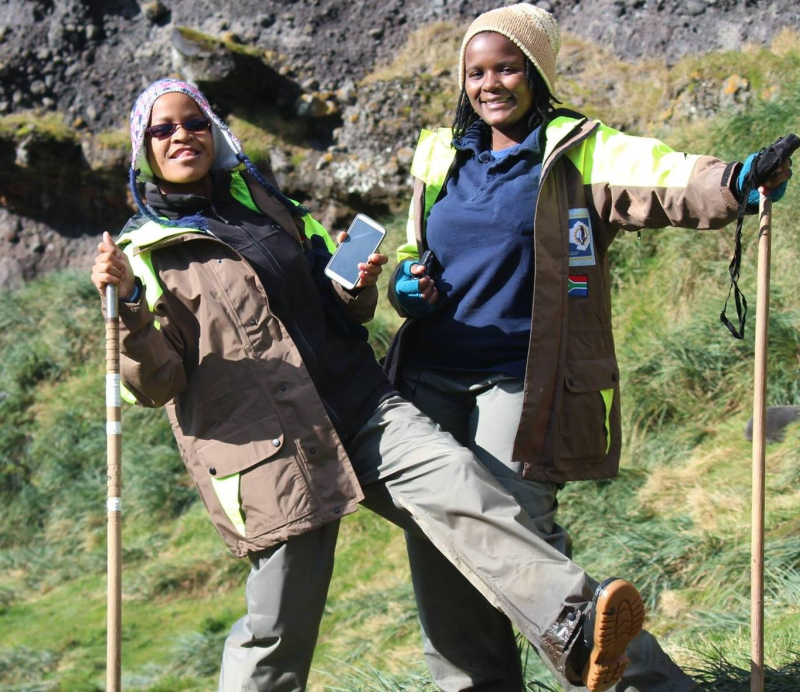 SAEON postdoc Moagabo Ragoasha (right) on a day field trip to Marion Island during a cruise in 2013. 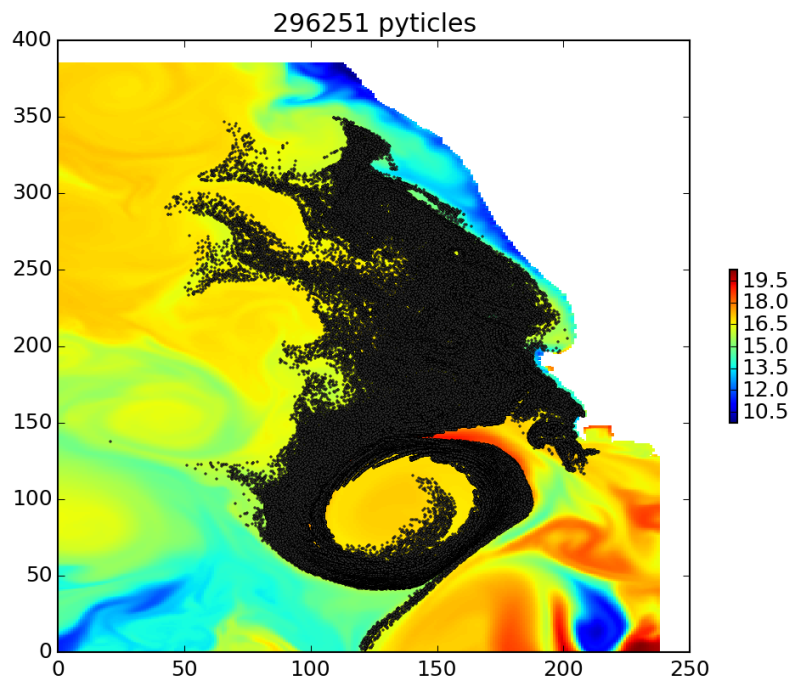 Figure 1: Lagrangian particles distribution advected my velocities based on the 3-km model resolution.

My work at SAEON will focus on the impact of the Cape Canyon on the shelf-edge mass exchange and local currents. This project will provide an assessment of the requirement for high-resolution, detailed bathymetry when developing realistic shelf-scale ocean models. The work will be done in collaboration with SAEON’s Dr Jenny Veitch and Dr Tarron Lamont of the Department of Environment, Forestry and Fisheries.

I have had several opportunities to go out to sea and gain experience in fieldwork. These included two five-week cruises to the Prince Edward Islands on board the SA Agulhas II during my honours and master’s studies. During my honours, I participated in another cruise during which I spent a month on a German research vessel (RV Meteor) from Walvis Bay in Namibia to Port Louis in Mauritius.

Read this article to learn more about Moagabo and her work. 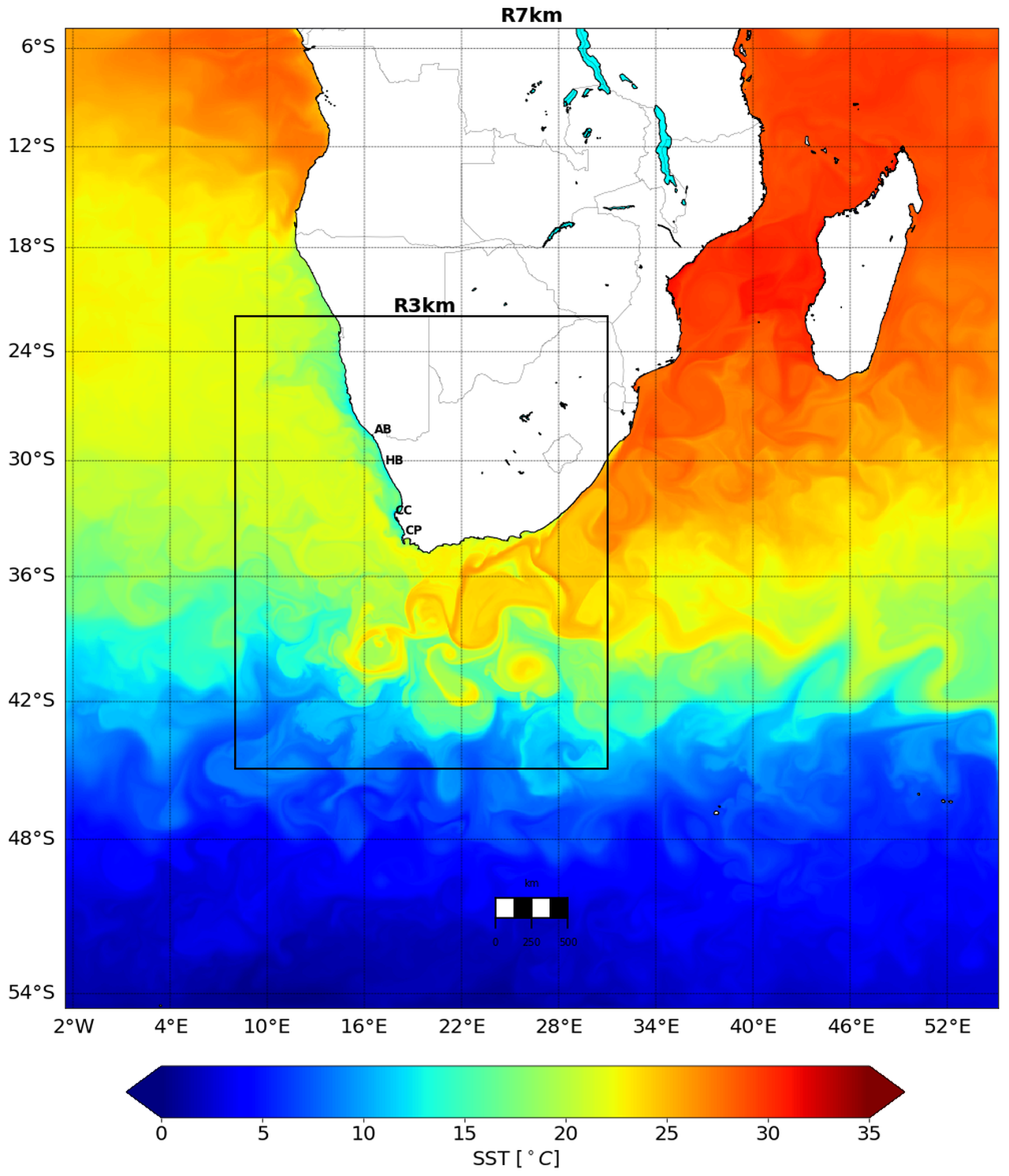