The birds and the bees… and the endangered pepper-bark trees

The pepper-bark tree (Warburgia salutaris) is culturally and economically important in South Africa because of its use in traditional medicine. However, non-sustainable harvesting of bark and habitat loss have contributed to its endangered status on the IUCN Red List.

The Kruger National Park (KNP) supports one of the largest protected populations of the species, but even here there are concerns over the future of the species due to illegal harvesting of tree bark.

In 2009, South African National Parks (SANParks) initiated a Warburgia conservation project with three primary objectives: 1) increased security for the existing population in the form of armed rangers, 2) an outreach component involving propagation and distribution of Warburgia saplings to traditional healers living adjacent to the park, and 3) a monitoring programme to evaluate the status of the KNP populations over time.

Amid their successes, what has also emerged is several reproductive challenges facing KNP Warburgia trees which are threatening their long-term survival. These include a lack of seedling establishment, low fruit set and seed viability, and that those few fruits produced are heavily parasitised by fly larvae.

Figure 1. Three lepidopteran species, each a likely suspect for the role of pollinator of the endangered pepper-bark. (Photos: Kaylee van den Bosch and Mike Goodman)

In response to this concern, the SAEON Ndlovu Node has over the past decade partnered with SANParks in conducting periodic assessments of the population size, structure and levels of mortality.

The apparent lack of recruitment raises questions around the reproductive ecology of the pepper-bark tree – an aspect of the species that has not been documented to the same degree as its medicinal properties. A recent assessment of the genetic diversity of the species in KNP completed by the Ndlovu Node in collaboration with the Department of Genetics at the University of Stellenbosch, found that although there are instances of clonal reproduction, genetic diversity is high as a result of ongoing sexual reproduction.

One of the important pieces of the pepper-bark puzzle, necessary to interlock with the demographic and genetic studies, is therefore an understanding of the species’ breeding biology. Now, an MSc project being undertaken by Kaylee van den Bosch, and under the supervision of Professors Glynis Goodman-Cron and Ed Witkowski (University of the Witwatersrand) and Dr Dave Thompson (SAEON), is aiming to complete the puzzle by collecting crucial information on the species’ breeding system, its pollinators and seed dispersal.

The study being conducted on the trees in KNP is identifying factors at each critical stage in the reproductive process – from pollen production to seed germination, which may be contributing to the species’ low reproductive output. These include an examination of the pollination biology, levels of fruit and seed production, prevalence of parasitism and dispersal of fruit away from the parent tree.

By way of a control population, findings from the KNP population are being compared with those from a mature pepper-bark orchard established on a farm near Eston in KwaZulu-Natal, where healthy fruit production and seedling establishment are both prolific.

Research began during the winter flowering season of 2019 and focused on describing, for the first time, the pollination biology of the species. Insect activity was observed to identify potential pollinators (Figure 1) and these floral visitors were collected to analyse pollen placement and load as a measure of their efficiency in the all-important task of moving pollen between flowers. 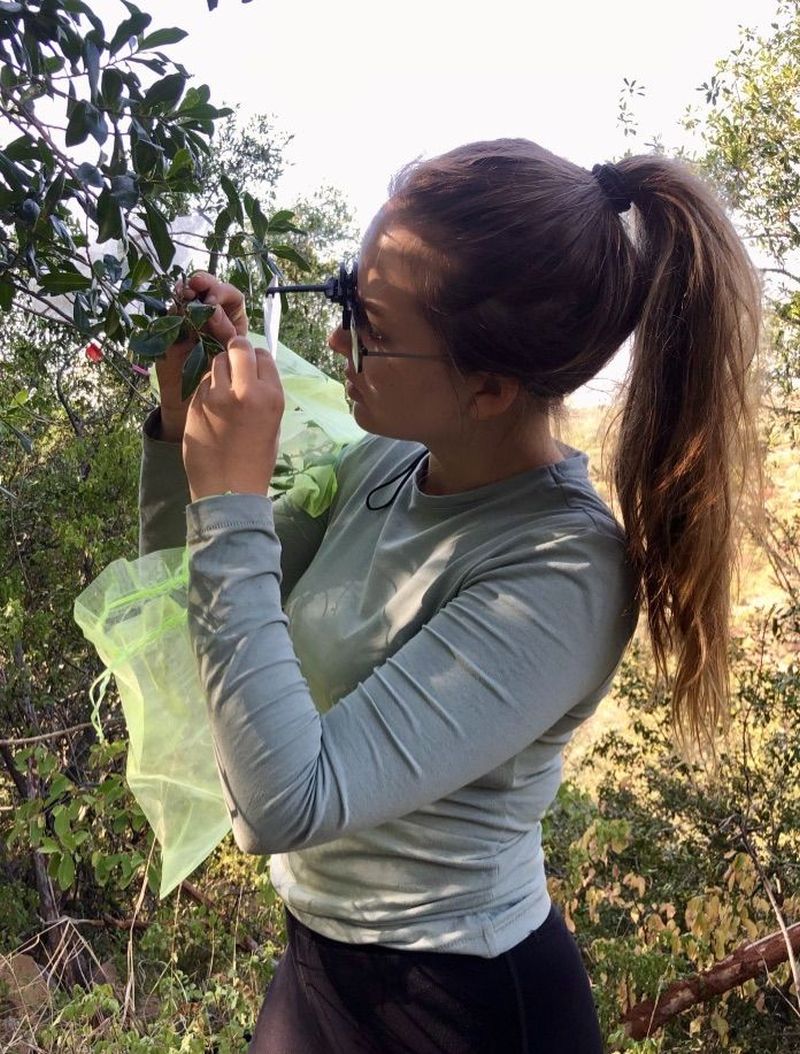 Figure 2. Up close and personal with a pepper-bark. MSc student Kaylee van den Bosch performs an artificial pollen transfer, after which the shoot is enclosed in a mesh bag to prevent insect visitation. (Photo: Dianne van den Bosch) 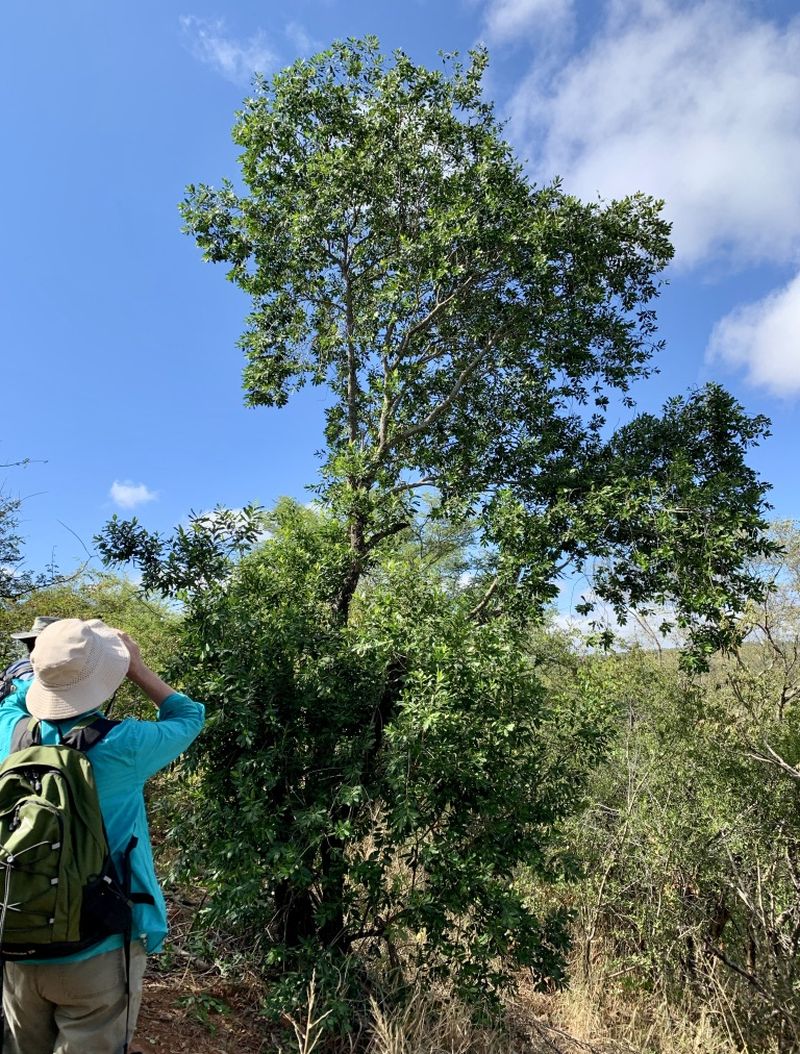 In addition, manipulative pollination trials – during which Kaylee acted as the pollinator (Figure 2, no mean feat given that flowers measure only 5 mm in diameter) – were conducted to determine the breeding system of Warburgia. In other words, to understand if individual flowers can set seed in the absence of pollinators, which is assessed by enclosing flower buds in fine mesh bags, or if pollen transfer between flowers is required. If the latter, the trials were designed to reveal whether compatibility and fertilisation was only achieved if pollen was moved between separate flowers from the same, or from different, trees.

During the fruiting season at the end of 2019, Kaylee revisited the population and assessed fruit set from natural pollination and the various manipulations… with only two trees in KNP bearing fruit (Figure 3)! These precious fruits were collected to assess levels of parasitism, seed production and viability, and germination capability (Figure 4).

In addition, direct observations of trees, together with camera trap images, captured the activities of fruit-eating birds and mammals (Figure 5), which function not only as frugivores, but also as important agents of seed dispersal.

To date this study has revealed important and previously undocumented aspects of the species’ reproductive biology. Yet it has also posed more intriguing questions than it has answered; the pepper-bark puzzle is still not complete. 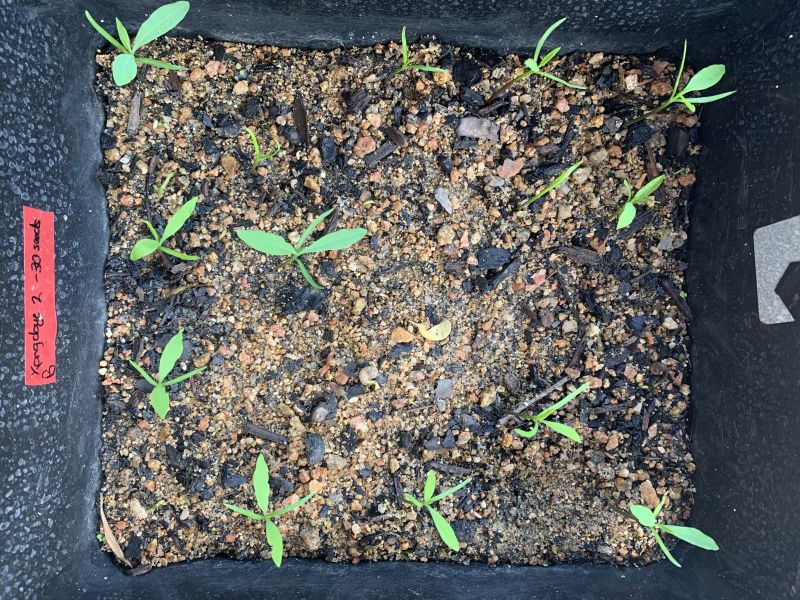 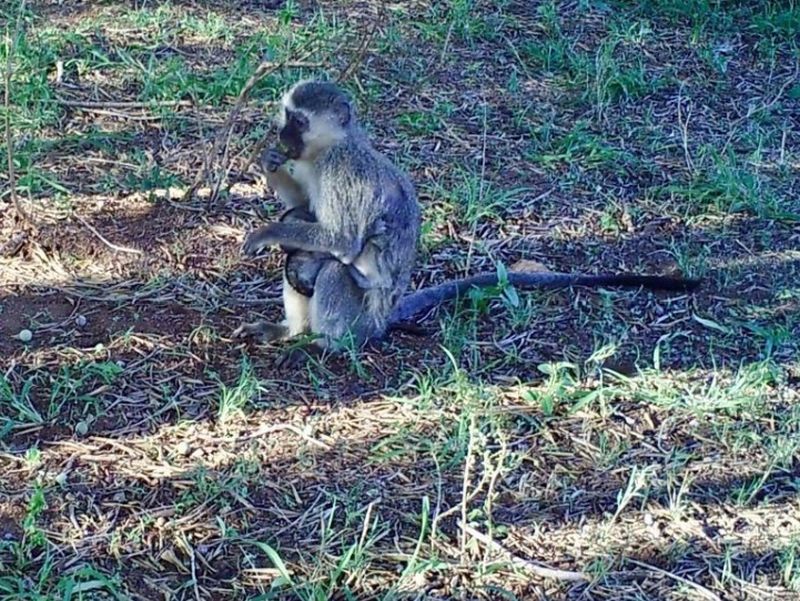 Continued fieldwork in 2020 will focus on supplementing pollinator observations and pollination trials, as well as in-situ measurements of nectar production. A laboratory component will assess pollen viability, stigma receptivity and pollen tube growth, the last being a measure of compatibility between pollen donor and pollen receiver at the cellular level.

When complete, this study will place the researchers in the position to begin piecing together the different aspects – ranging from plant cell function to insect body shape and mammal feeding preference – of the pepper-bark’s reproductive ecology, thereby highlighting that critical stage (or stages) where the reproductive process of this endangered species fails.