Orange is the new evergreen: Exploring the physiological limits of South Africa’s Subtropical Thicket to drought

Drought is a major abiotic stress associated with ongoing climate change. The frequency of droughts is expected to increase in the coming decades in many parts of Southern Africa, highlighting the importance of understanding the potential implications of water stress on diverse plant species, and of identifying the potential influence this has on ecosystem function.

A major component of this undertaking is to examine the physiological mechanisms linking the whole-plant function of different species to variable drought-induced mortality across a landscape. Doing so will inform how plant communities are likely to respond to change, having potential implications for biome composition and ecosystem properties.

The impact of drought on Subtropical Thicket species

The Eastern Cape Province is currently in the grips of a severe, long-term drought, having received below-average rainfall for this year as well as over the past decade. For my MSc at Nelson Mandela University (NMU), I have been examining the impact of the drought on the whole-plant physiology and canopy condition of the dominant Thicket species that are unique inhabitants in this region.

The uniqueness of these plants stems from their origins as subtropical lineages persisting within arid or semi-arid ecosystems. My results are showing clearly that the plants are water limited, with very low canopy water status found in the dominant woody trees in the arid ranges of Subtropical Thicket.

The low water status is, unsurprisingly, associated with high canopy stress and even whole plant canopy dieback (see Figures 1 and 2). However, we have been surprised by two other observations: firstly, visibly stressed individuals with orange canopies did not die during the drought. Instead, these individuals often reflushed from living meristem tissue at the apical (dormant) buds following rainfall!

These findings indicate that some of the woody trees such as the oranging evergreen Pappea capensis (commonly known as ‘jacket plum’) shown in Figure 2, are inherently tolerant to high aridity, suffering little to no dieback. Orange is the new evergreen!

Secondly, our drone imagery revealed that species had remarkably different mortality patterns, meaning species died at different rates. In Arid Thicket, some species (e.g. Pappea capensis) showed low mortality, while other species (e.g. Brachylaena ilicifolia) had high mortality. These observations also revealed an interaction between the intactness of the Thicket patch – how ‘disturbed’ or degraded a patch is – and mortality.

Consider the drone image shown in Figure 3, captured over a degraded site where extensive historical goat browsing has removed all but the canopy Pappeas which escaped herbivory by being just too tall and out of reach. These remnant individuals that once formed part of a larger intact patch of ‘impenetrable, spinescent and succulent’ vegetation, seem to persist in these barren landscapes until they eventually succumb, leaving only their blistering white skeletons as a reminder of their presence.

Excitingly, there are many potential avenues of questioning that might explain this observation, including the possibility of facilitated water transfer between succulents and trees where succulent loss limits available water to woody trees. Alternatively, succulents may shade the soil, cooling soil temperature and reducing evaporative loss from the sediment.

While the underlying water dynamics of this biome remain to be determined, there is clear evidence that succulent removal has severe implications for the survival of Thicket trees. This introduces a third important question for my study: are these subtropical Thicket lineages inhabiting sites beyond their physiological optima, and relying on microclimatic refugia (i.e. beneath the succulent canopy) to persist in these arid climates?

This last question might reconcile what has been observed in the drone imagery (Figure 3) and the observed decline in subtropical trees when succulents are removed from the system. My research project aims to address the last question, which I have tentatively entitled the ‘walking dead’ hypothesis.

From my current data there are two evident trends. Firstly, it is evident that Thicket trees are vanishing from the landscape, as seen from drone images of barren soil littered with tree skeletons (Figure 3). Secondly, visible canopy stress (defoliation and leaf discolouration) is apparent in the community, showing a clear link between the whole-plant function and landscape-level processes.

Going forward I intend to provide a physiological interpretation, and possible mechanism, as to the reason why Thicket trees are vanishing in their arid ranges. Understanding the physiological processes behind this potential drought-induced die-back will be pivotal in predicting likelihood of species-specific vulnerability to anticipating changes in community structure and ecosystem properties. 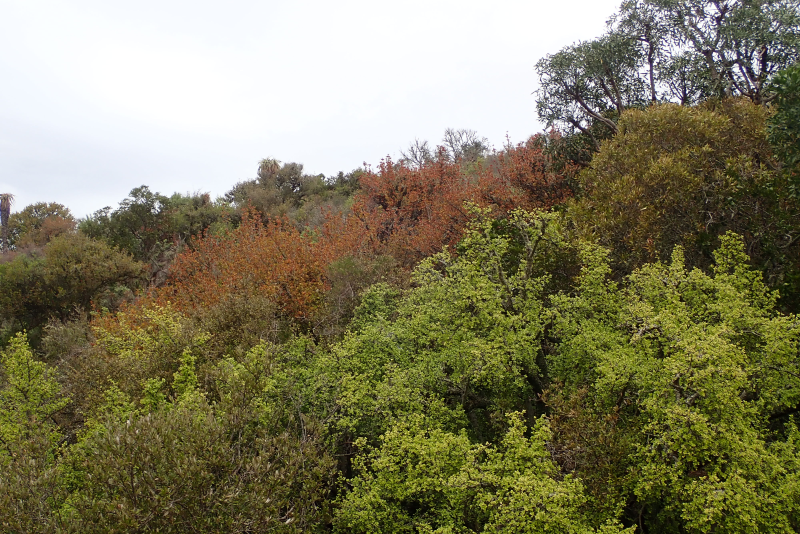 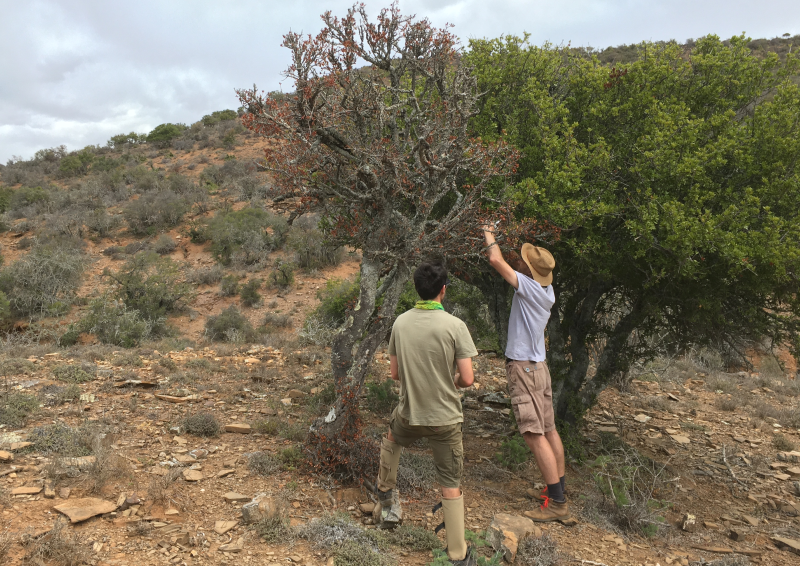 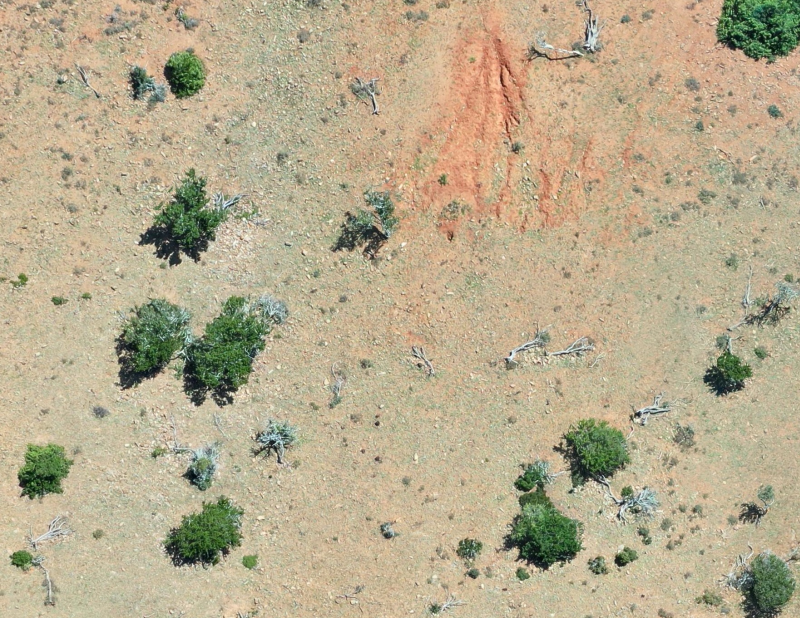 Figure 3: Drone imagery of a degraded site where remnant Pappea capensis individuals persist, yet the landscape is scattered with white skeletons of former individuals.