Article based on GERI media statement

Institutions from Africa, Asia, Australia, Europe and North America that operate six different continental-scale ecosystem observing infrastructures signed a landmark memorandum of understanding (MoU) on December 8, expressly committing to the development of the first-ever Global Ecosystem Research Infrastructure (GERI). GERI is an integrated network of site-based research infrastructures dedicated to improving our understanding of the function of – and change in – indicator ecosystems across global biomes. This would support excellent science that would also inform political and managerial decision-making, addressing grand societal challenges.

By bringing together these infrastructures for the first time in history, we now have the infrastructure capability to ask environmental research questions with both societal and scientific importance across and among continents. 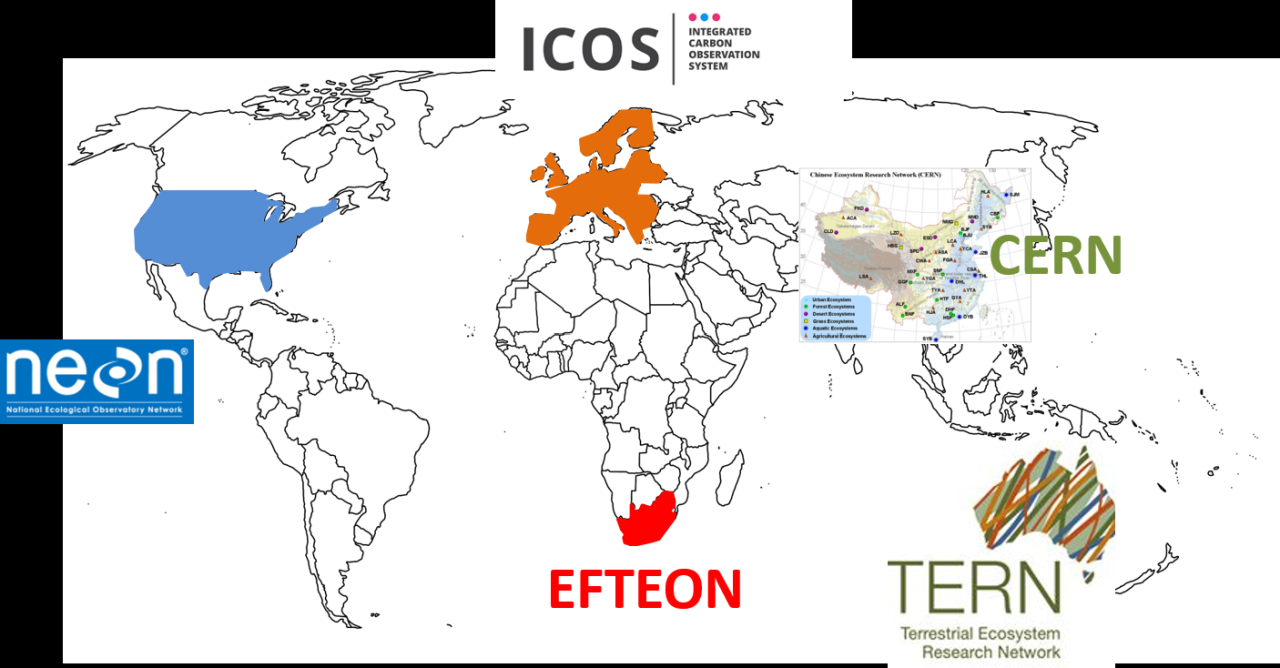 Current participating Environmental Research Infrastructures (ERIs) in the GERI project. Please note that the shareholders/sponsors are NOT signees of the MoU.

The MoU reaffirms the long-standing partnerships among the six analogous, but independent, ecosystem observing networks that monitor the ecosystems that underpin life on Earth.

Prior to this MoU and the creation of the GERI, these national Environmental Research Infrastructures (ERIs) have, for the past decade, been delivering national and continental-scale data to gain a better understanding of the responses of the biosphere to the anthropogenic drivers of environmental change.

However, when tackling complex global issues such as climate change or biodiversity loss, we need an internationally collaborative approach if we are to make a real difference. To this end, multi-national collaborations in ecosystem observation over several years have led to the signing of the GERI MoU and the creation of a global ERI network.

Integrating capabilities will enable researchers around the world to tackle the programmatic work and meet the grand challenges at the global macro scale. Even though GERI is currently terrestrial-based, broader inclusion is encouraged to bring together other ERIs and networks in support of this endeavour, and more broadly integrate atmospheric, terrestrial, coastal and ocean observations within their social-ecological context.

The MoU describes the type of relationship between the continental observatories and the overarching goals the GERI plans to achieve.

At the 14th GSO meeting in Shanghai (2–4 December 2019), the GERI case was presented to the GSO, underpinning the global momentum and their respective research infrastructures’ strong commitment to GERI. As a result, the GSO encouraged further development of GERI with a focus on refining governance.

The discussions in Shanghai highlighted that this partnership would follow the GSO Best Practice Framework of research infrastructures of global interest, which will benefit all stakeholders and the successful implementation of GERI.

All the GERI observatories are equally important to the monitoring of ecosystems on our planet, and the governance of the new global infrastructure has been designed to reflect this.

Regularly rotating the chair of its governance board is just one of the ways in which GERI is demonstrating the balance among its members. The role of chair for the governance board of GERI was officially handed from eLTER, Europe to TERN, Australia in September, where it will remain for the next six months.

Additionally, GERI’s system of governance utilises sociocracy principles (i.e. dynamic governance), which is built upon the trust and ‘group understanding’ established over several year of catalytic workshops, which does not infringe upon the fiduciary relationship with their respective sponsors and shareholders. This is a necessary requirement for international partnerships with different sponsors.

Over the next six months, a suite of working groups will be established to help in developing the common science questions, protocols, parameters, data systems and so on that will be adopted by GERI. The GERI Governance Board meets online bimonthly and hopefully in person at the June 2021 International Conference on Research Infrastructures (ICRI 2020). 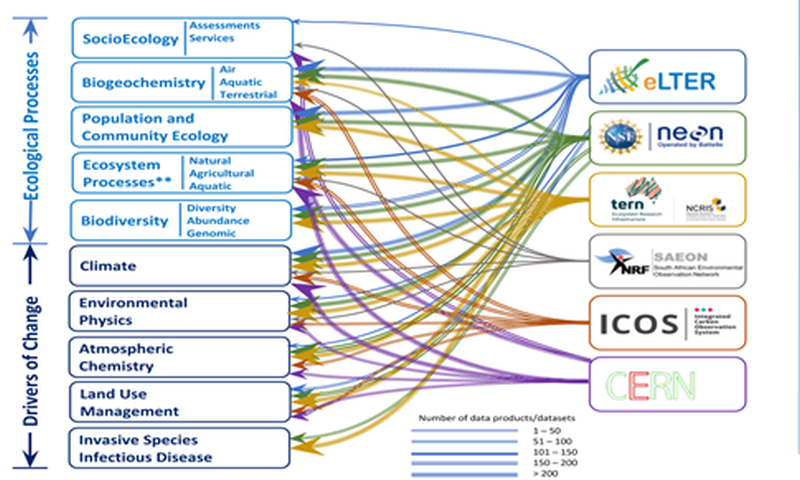 GERI landscape map. This conceptual landscape map demonstrates the collective suite of data that constitutes GERI. The data suites (fields) provided by the GERI-member Environmental Research Infrastructure are mapped against the drivers of change (cause) and the ecological processes (effect). Each Environmental Research Infrastructure is colour-coded, with weighted lines that quantitatively indicate the number of data products/sets and the data suites they contribute to GERI.