The environment is experiencing numerous changes due to anthropogenic impacts, which are contributing to a decline in the services and benefits that nature provides to society. The oceans especially have received significant high-level attention in the past decade, in part due to marked recent changes in ocean uses (in terms of expanding ocean economies and resource use) and ocean sciences (in terms of new capabilities in remote measurements). This culminated in the inclusion of an ocean-specific goal within the United Nations (UN) Sustainable Development Goals – SDG14, Life Below the Sea, and the declaration of the UN Decade for the Ocean 2021–2030, which will be running concurrently with the UN Decade for Ecological Restoration.

These initiatives recognise the increasing pressures on the environment, including the dependence on the oceans for continued human well-being.

The Ocean Accounts Framework (OAF) aims to provide a framework for the recognition of the benefits or contributions of the natural environment to continued human well-being in a manner that can be comparable to existing economic accounting systems. The OAF is meant to present a more holistic picture of a country’s wealth than Gross Domestic Product, reporting on not only the economic production but also providing a means to incorporate natural capital[1], environmental sustainability, and social equity and inclusion into an internationally recognised standardised accounting framework to assess the wealth and human well-being of a country.

The aim of the forum meeting was to explore how Natural Capital Accounting could support South Africa’s progress towards economically and environmentally sustainable development, including its linkages to the country’s National Biodiversity Assessment (NBA), National Development Plan (NDP) and the global Sustainable Development Goals (SDGs).

South Africa is at the forefront of the global NCA movement and was the first of the pilot countries participating in the international NCA and Valuation of Ecosystem Services (NCA&VES) project to hold a national NCA Forum.

The South African project is co-led by Stats SA and SANBI, in collaboration with the Department of Environment, Forestry and Fisheries and global project leaders, the United Nations Statistical Division and UN Environment.

Following on from the NCA Forum, Stats SA, in partnership with SANBI, hosted an online workshop in November 2020 to get input from South Africa’s NCA stakeholders on the draft ‘National NCA Strategy: A ten-year strategy for advancing Natural Capital Accounting in South Africa’.

The final draft is expected to be published in 2021.

While identifying, quantifying and monitoring natural capital is only one part of the OAF, SAEON, as part of the National Research Foundation (NRF) Communities of Practice (CoP): Ocean Accounts Framework, one of South Africa’s principal environmental change observation institutions and having developed data sciences and IT capacity in recent years, is well placed to contribute to the implementation of the Strategy.

[2] These ocean accounts working groups are led by the Centre for Sustainable Oceans, Cape Peninsula University of Technology. 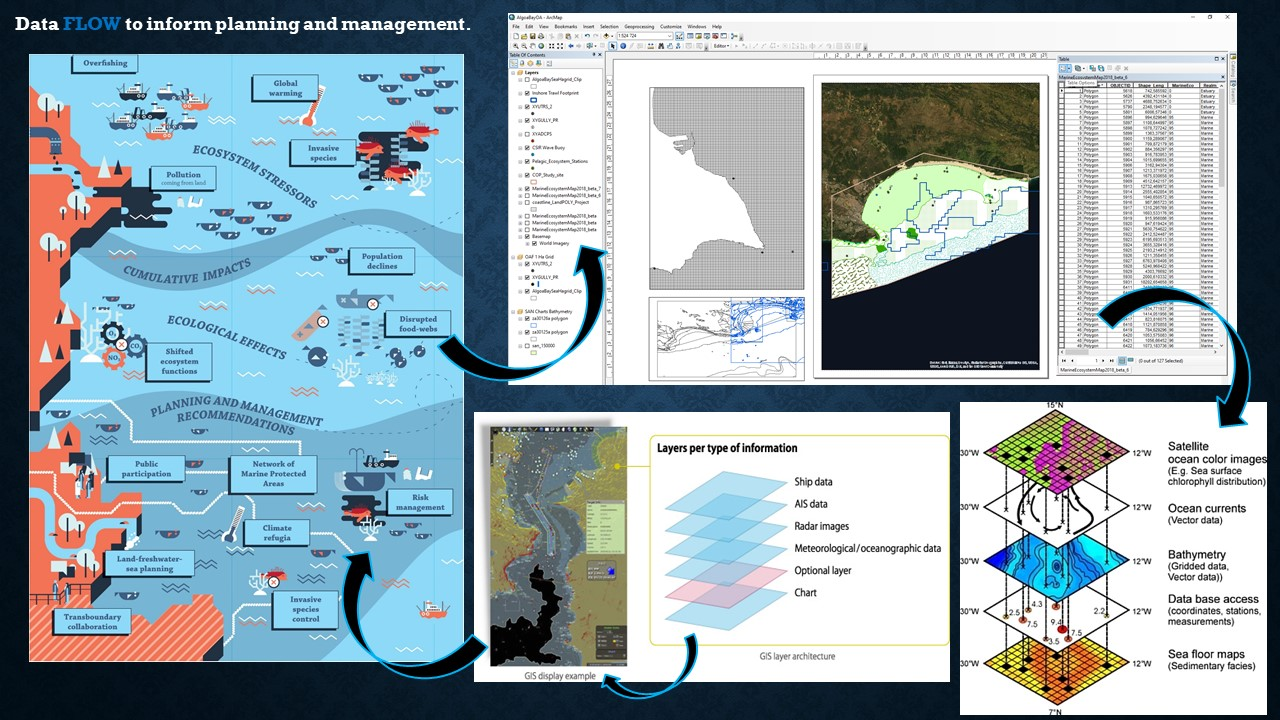 While the System of Environmental Economic Accounting Experimental Ecosystem Accounting[1] has been around for almost a decade, there are few examples of this being applied for the oceans and the methodology among nations differ. A ‘Technical Guidance on Ocean Accounting’ is currently being finalised through the Global Ocean Accounts Partnership and the IUCN has released the ‘IUCN Global Ecosystem Typology v1.01’. Progress is therefore being made in providing methods for standardising ecosystem accounting.

[1] The System of Environmental Economic Accounting (SEEA) Experimental Ecosystem Accounting is currently under review, with the recent development that this will now be referred to as the ‘SEEA Environmental Accounting’. Ecosystem Accounting takes a spatial approach with ecosystem assets delineated as spatial areas containing a combination of biotic and abiotic components and other characteristics that function together. How to spatially delineate the 3-d marine environment was one of the areas under review. https://seea.un.org/ecosystem-accounting

As part of the NRF-CoP, SAEON is developing an Ecosystem Extent and Condition Account for Algoa Bay within the Ocean Accounts Framework. Erika Brown has been contracted for the first phase of the CoP to develop the accounts from an oceanographic, biophysical and geochemical perspective.

Erika has a longstanding background in Geographic Information Systems (GIS) as she moved through postgraduate studies and research in zoology, marine ecology and oceanography. Through her career she has worked on phytoplankton ecology, nutrient cycling and carbon sequestration in the large-scale marine environment (South Atlantic and Southern Ocean), coastal and nearshore invertebrate ecology and taxonomy (South Africa and Namibia); and now specialises in spatial analytics, marine mapping, spatial planning and quantitative data analysis to guide marine conservation and more sustainable coastal and offshore planning and economic development in southern Africa.

Erika has undertaken the role of GIS product developer for SAEON to establish extent and condition accounts for areas in the WIO that adhere to NCA, Ocean Accounts Framework (OAF) and NBA frameworks in order to help develop South Africa’s progress in this relevant and exciting realm in the current MSP process underway. Currently Algoa Bay data from SAEON’s Sentinel Site, Nelson Mandela University, SANBI, the South African Institute for Aquatic Biodiversity (SAIAB) and Rhodes University will be used to inform the case study application.

While data spanning 2008–2020 exist, 2019 data will be used to start the process. Most data have been captured up to 30 m depth, with exceptions up to 100 m. Additional data from various public and private institutions will be vetted and incorporated, where possible, into the OAF overtime.

Initial phases of this work have begun with multiple stakeholder engagement exchanges, data acquisition and ocean accounts development. Next steps include hosting a workshop to identify and refine ecosystem asset and condition based on biophysical data in Algoa Bay; determining flows to social and economic domains in the Algoa Bay catchment area; reporting on data needs, availability and gaps and continued data acquisition and analysis; formatting/resolving data; creating GIS databases according to the available data with room to evolve over time; and modelling/running interpolations to create end product/user layers for online application.

The end spatial product aims to assist and inform policy and planning decisions in South Africa.