The Antarctic Gateway initiative studies the relationship between five key Antarctic gateway cities – Cape Town, Christchurch, Hobart, Punta Arenas and Ushuaia, from which most of the travel to Antarctica takes place.

The project is led by Professor Juan Francisco Salazar of Western Sydney University, in partnership with the University of Tasmania, Hobart city council and other key partners in New Zealand and Chile.

The gateway cities have influenced the development and governance of Antarctica since its discovery and can play a crucial role in shaping the future of the continent.

In February this year, the Gateway project took five young individuals to the Antarctic Peninsula for a week to represent each gateway city, learning what it is like to live and work in extreme polar conditions. Cape Town student Rudzani Silima gives her impressions of her incredible journey below.

Our journey began on February 8 with a long flight to Punta Arenas in Chile for the gathering of the champions of the Antarctic Gateway cities – Rudzani Silima (Cape Town), Caleb Fraser (Christchurch), Chloe Power (Hobart), Katia Macías (Punta Arenas) and Florencia Garro (Ushuaia). In Punta Arenas the champions visited the Instituto Antartico Chileno (INACH) to gear up for the harsh Antarctic conditions and meet with the director of INACH, paleobiologist Dr Marcelo Leppe.

After several meetings with top Chilean scientists, journalists and everyday Antarctic enthusiasts, we embarked on a flight to the Antarctic Peninsula, a journey of 3:30 hours. We were a little disappointed that we didn’t get to land on snow but finding ourselves in Antarctica was nothing less than surreal.

The spirit of Antarctica is something different, something special – a spirit of cooperation, collaboration and science. Visitors feel it the moment they set foot on the continent.

That was also the feeling we had when we visited the neighbouring bases. The first was Artigus, the Uruguayan station, where we were graciously invited for karaoke the following evening. We subsequently visited Bellingshausen, the Russian station and the King Sejong Korean station.

Our welcoming reception at these stations gave us a sneak peek into the home countries they represent. Each station showed us how they run their base and conduct their science. We were also super privileged to be treated to a tour of their living quarters. However, no base, no matter how technologically advanced (by this I mean Korea in particular), could compare with our home base, the Chilean Prof Julio Escudero base.

We took a zodiac across the bay to visit Collins Glacier. On the way we were fortunate to encounter a humpback whale.

All distractions aside, we finally reached the base of the magnificent glacier. Juan Francisco Salazar, the mentor that accompanied us on the trip and who had been here six years prior during the same season, was deeply saddened, however. He noted that previously we would not have been able to walk on the beach because it would have been covered in ice.

The glacier has retreated significantly, showing no signs of slowing its retreat. Large crevices and waterfalls of fresh water from melting ice flowing into Marion Bay have become a common sight.

According to the Antarctic Treaty, Ardley Island is an Antarctic Specially Protected Area (ASPA) as it supports the breeding of several penguin species.

Visitors require a special permit to visit an ASPA and that permit needs to be on their person at all times. The group was briefed on appropriate rules to adhere to while on the island so as not to disturb the island’s inhabitants.

The island was teeming with penguins. We saw mainly two species: Gentoo (Pygoscelis papua) and Chinstrap penguins (Pygoscelis antarcticus). We had to walk quietly along the beach not to disturb the colony. However, I must mention that the smell of penguins is quite potent!

After visiting the base of Collins Glacier it’s only fair to summit its peak. A Russian glaciologist, Bulat Mavlyudov, invited us on such a trip while he was sampling Bellingshausen’s Dome.

Bulat was investigating how fast the dome was melting by drilling a hole into the ice and measuring how deep the core is. The content of the core can tell scientists more about nearby events. For instance, substrate layers that contained ash served as an indicator of a volcano eruption in the 20th century. The core samples could also detect ash from the Australian bush fires earlier this year.

This was our last day of exploring the Antarctic terrain. Oddly enough it was also the first time we walked on snow. Shocking, right! Over the past decade there have been countless warnings about how rapidly Antarctica is losing its ice shelves. Seeing this first-hand is something very surreal and thought-provoking.

Antarctica connects us all

Spending a week in Antarctica was like something out of a fairytale, let alone actively learning fascinating science from experts in their fields. In the excitement of participating in all these activities we forgot that we were in an unforgiving, potentially hostile environment. The crunch and crackle of snow under our boots was so exhilarating that we seemed to forget how cold it was.

Antarctica connects us all, both literally and figuratively. Events that happen deep within the Weddel Sea, for instance, can and will have an impact on our coastal environments.

The continent brings together people who share a passion for polar research and sentiments of protection and compassion for our planet. The connections run so deep that once you leave Antarctica, you immediately want to return. 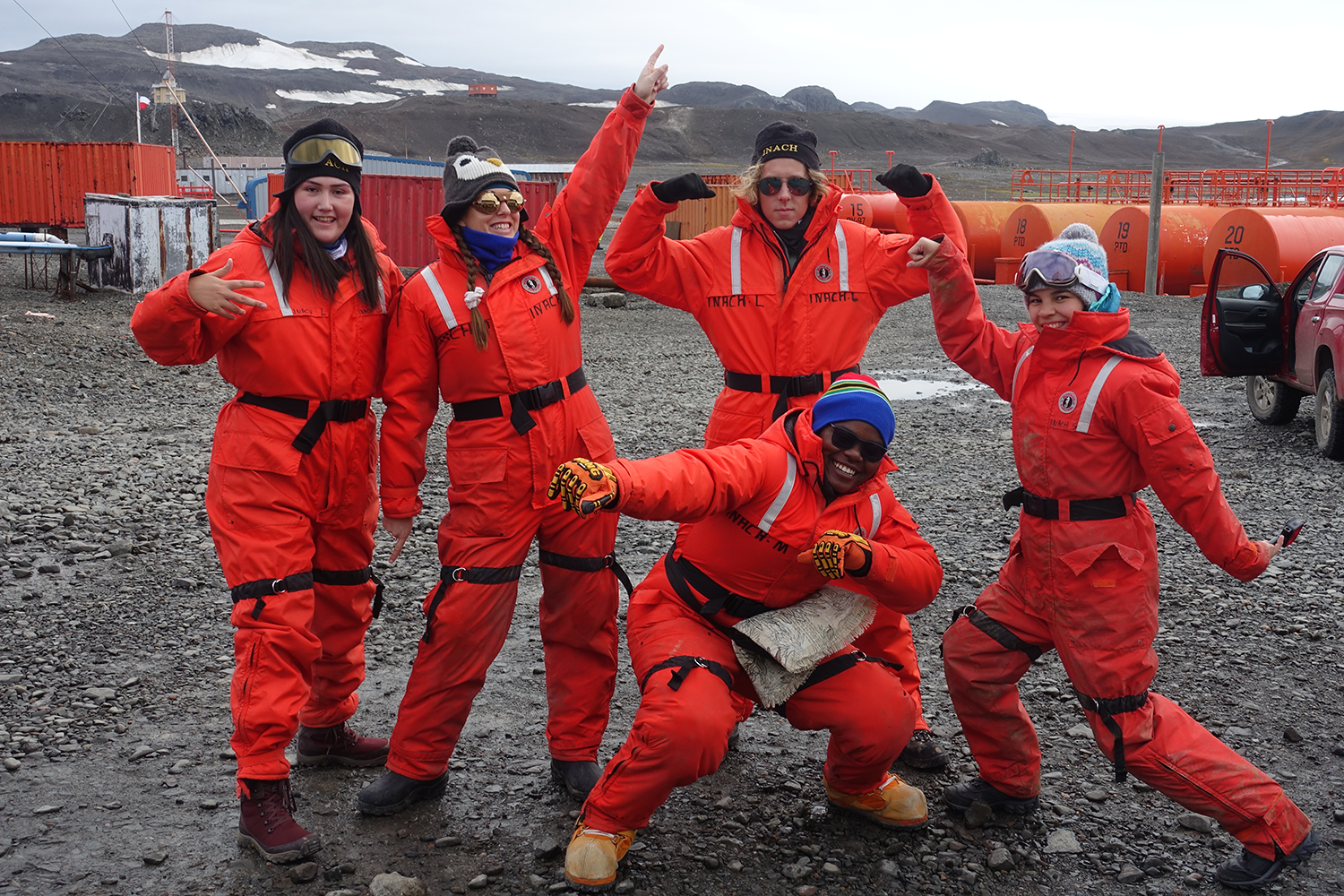 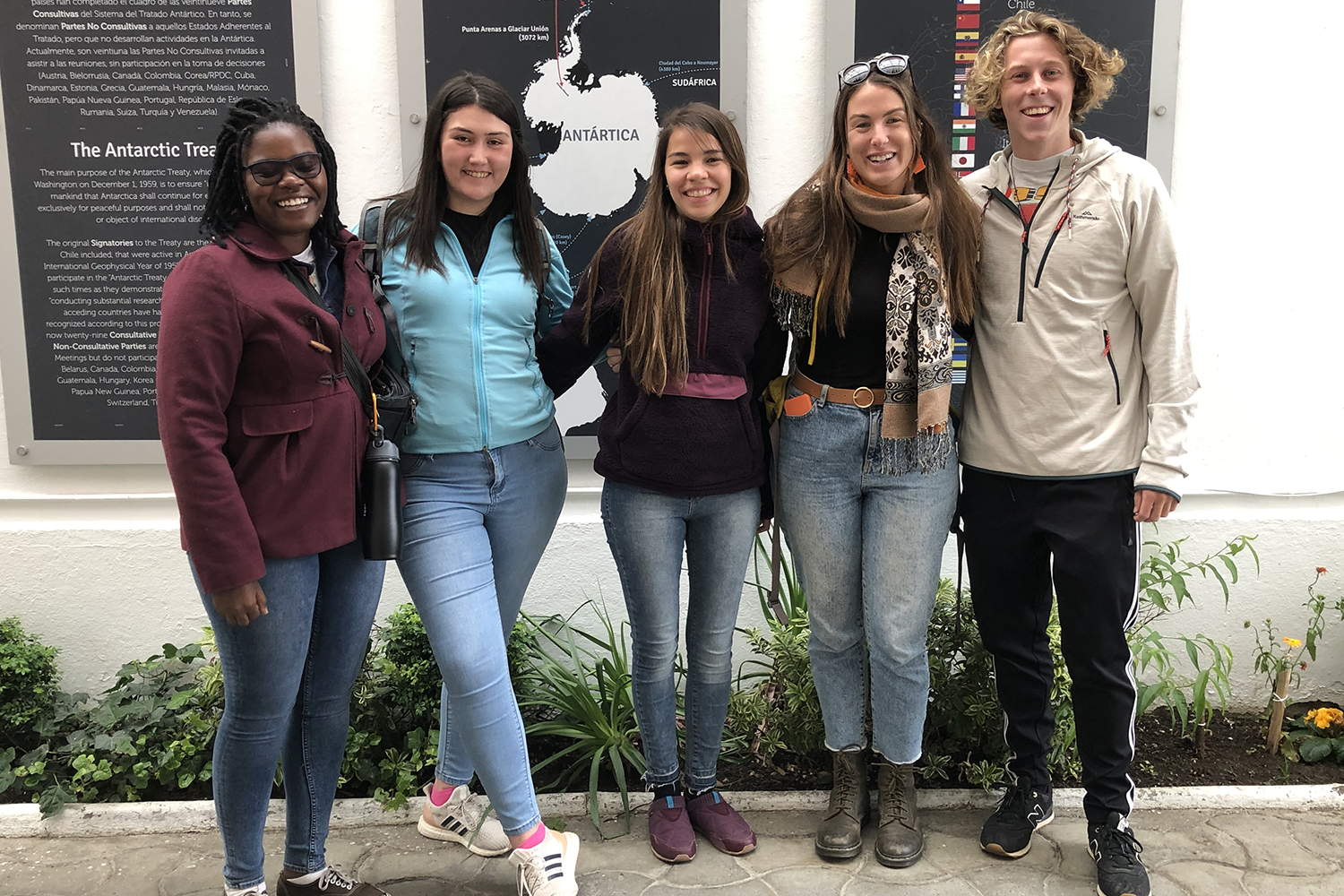 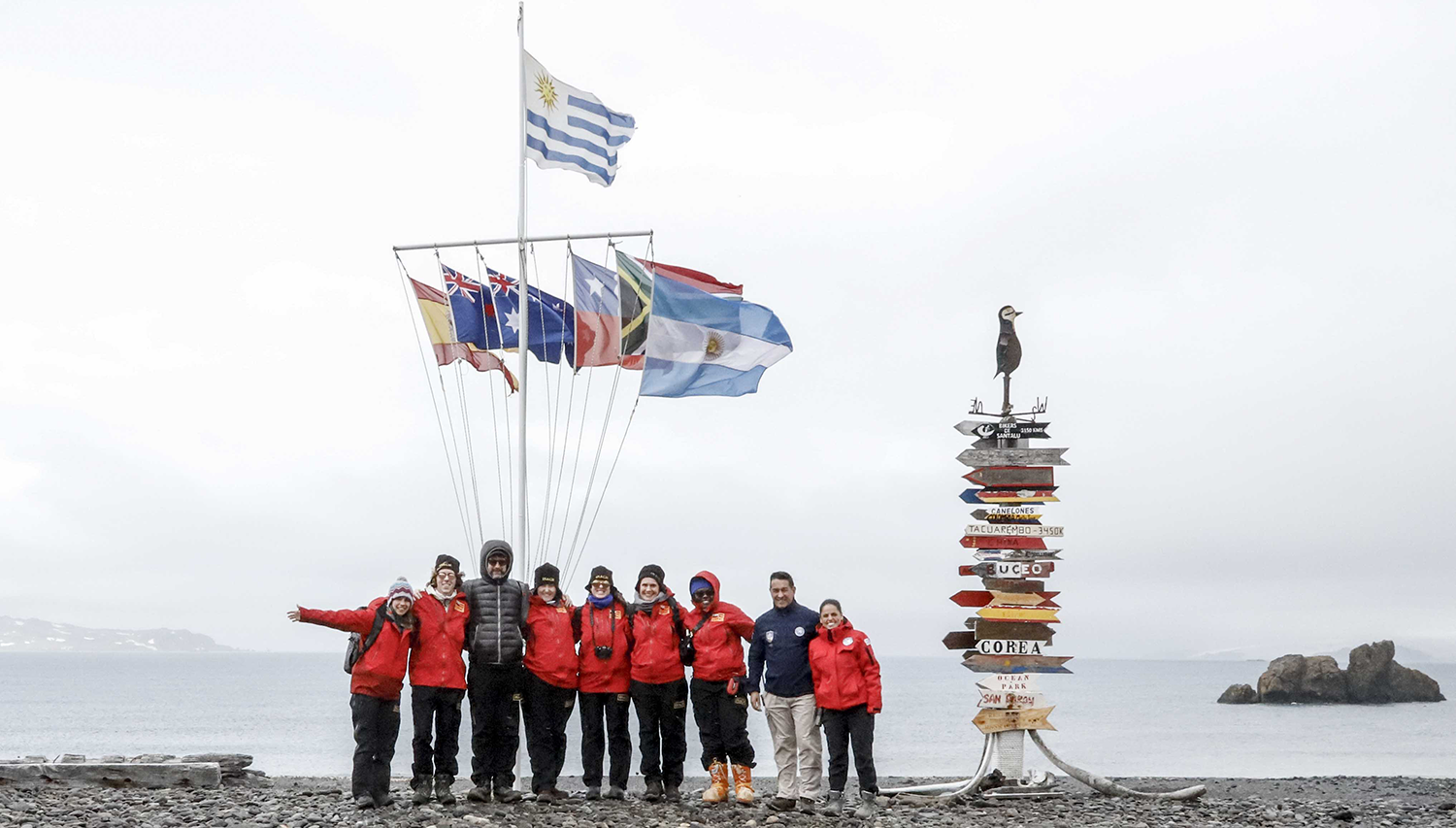 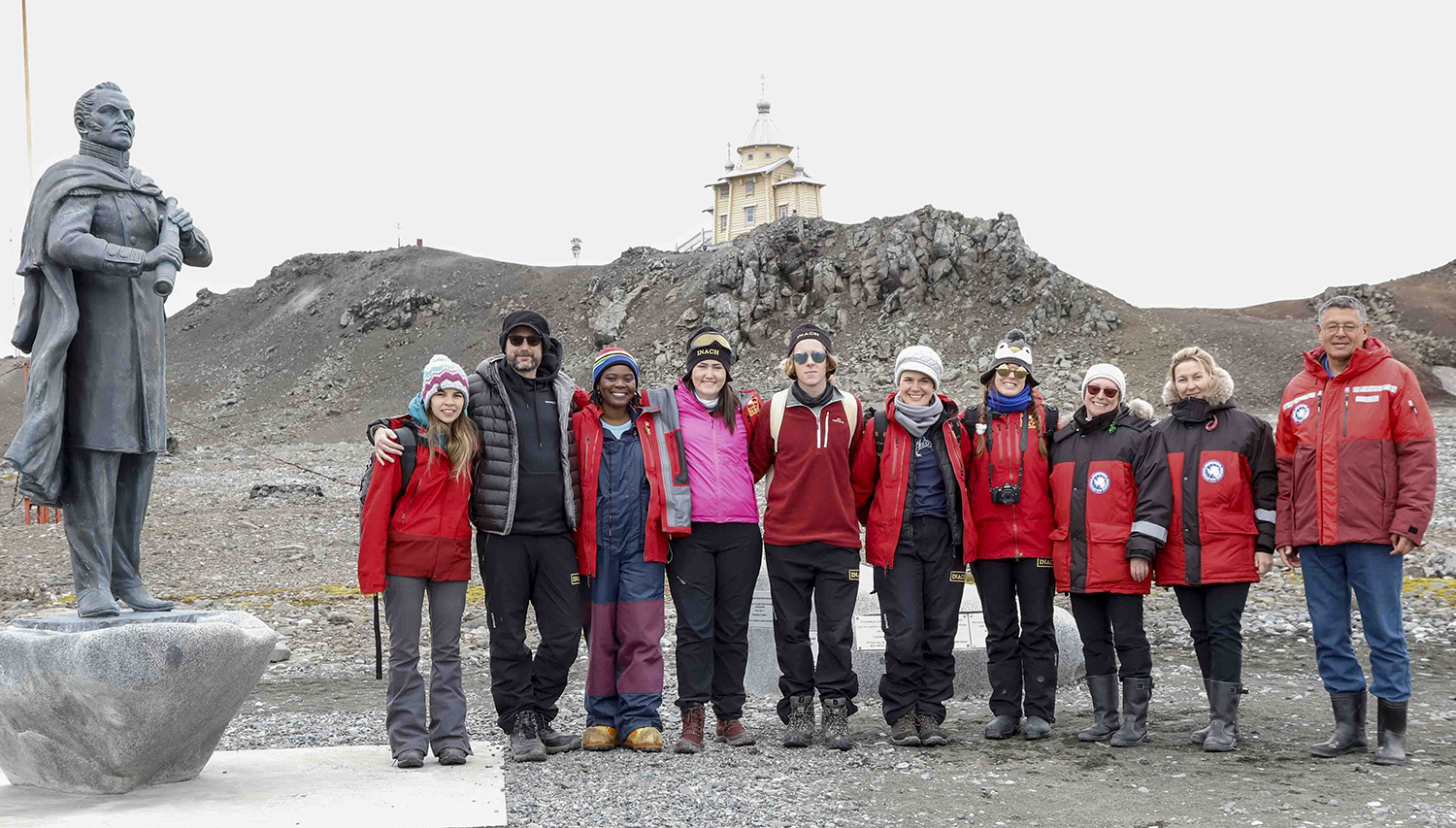 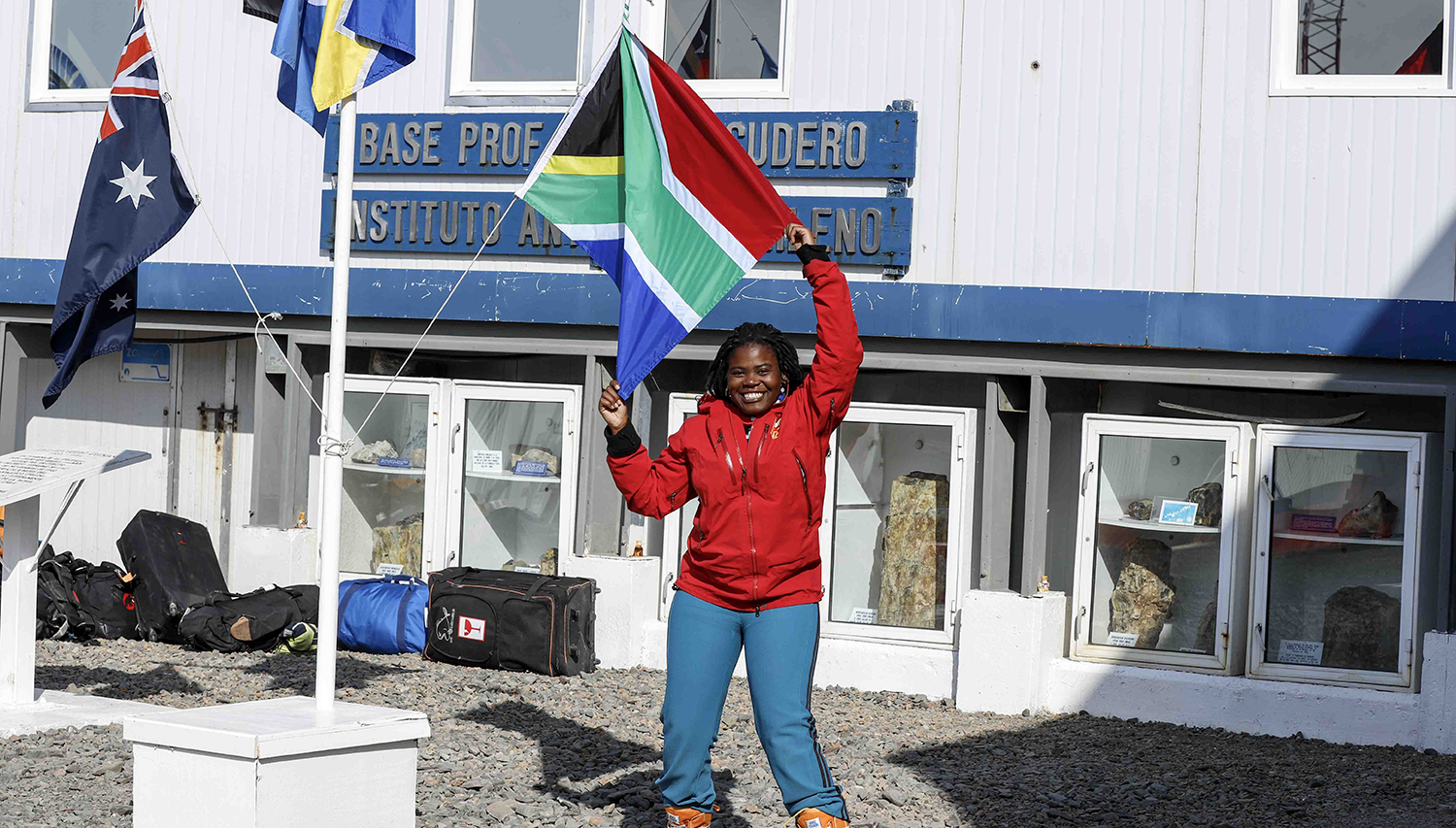 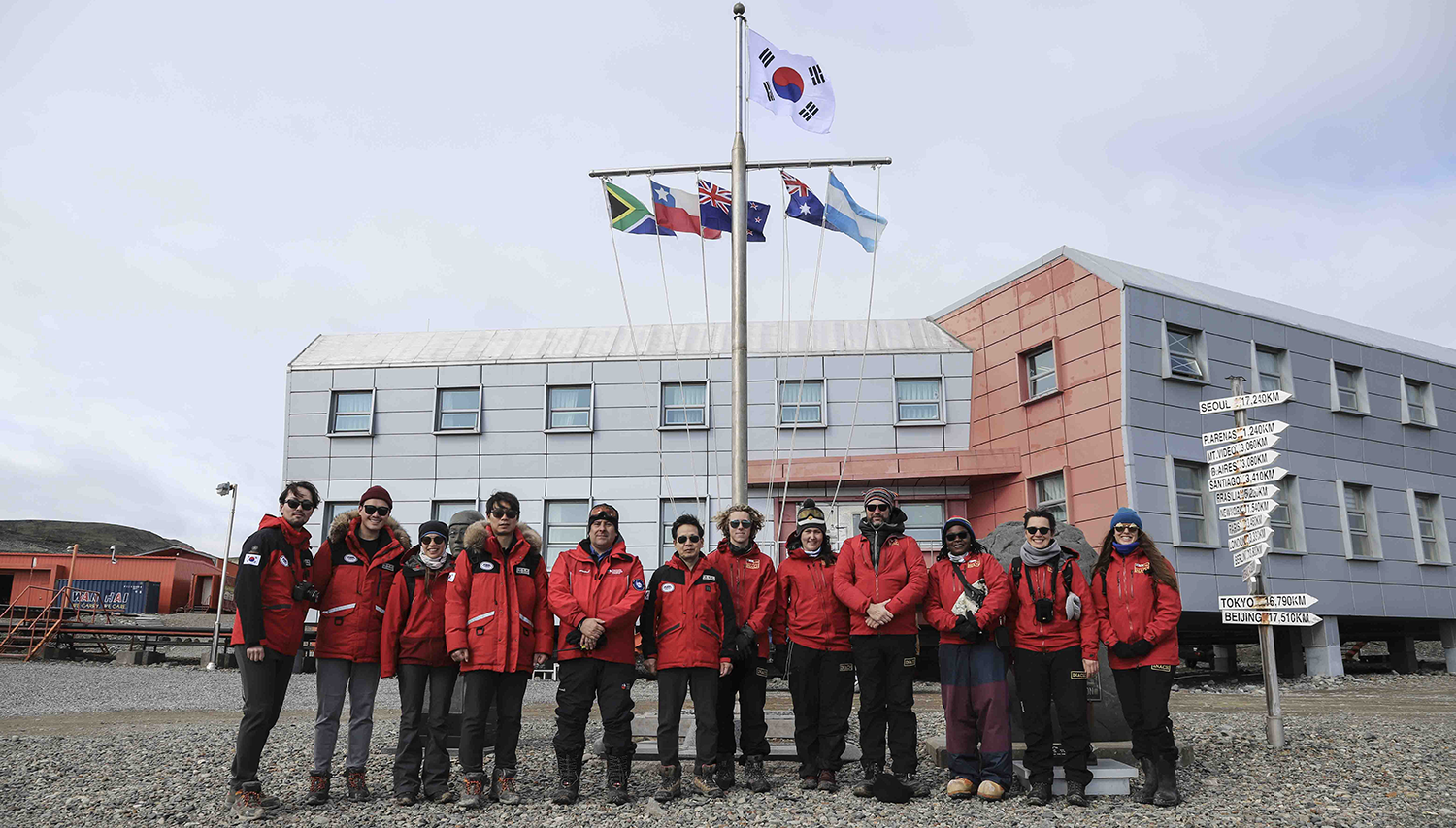 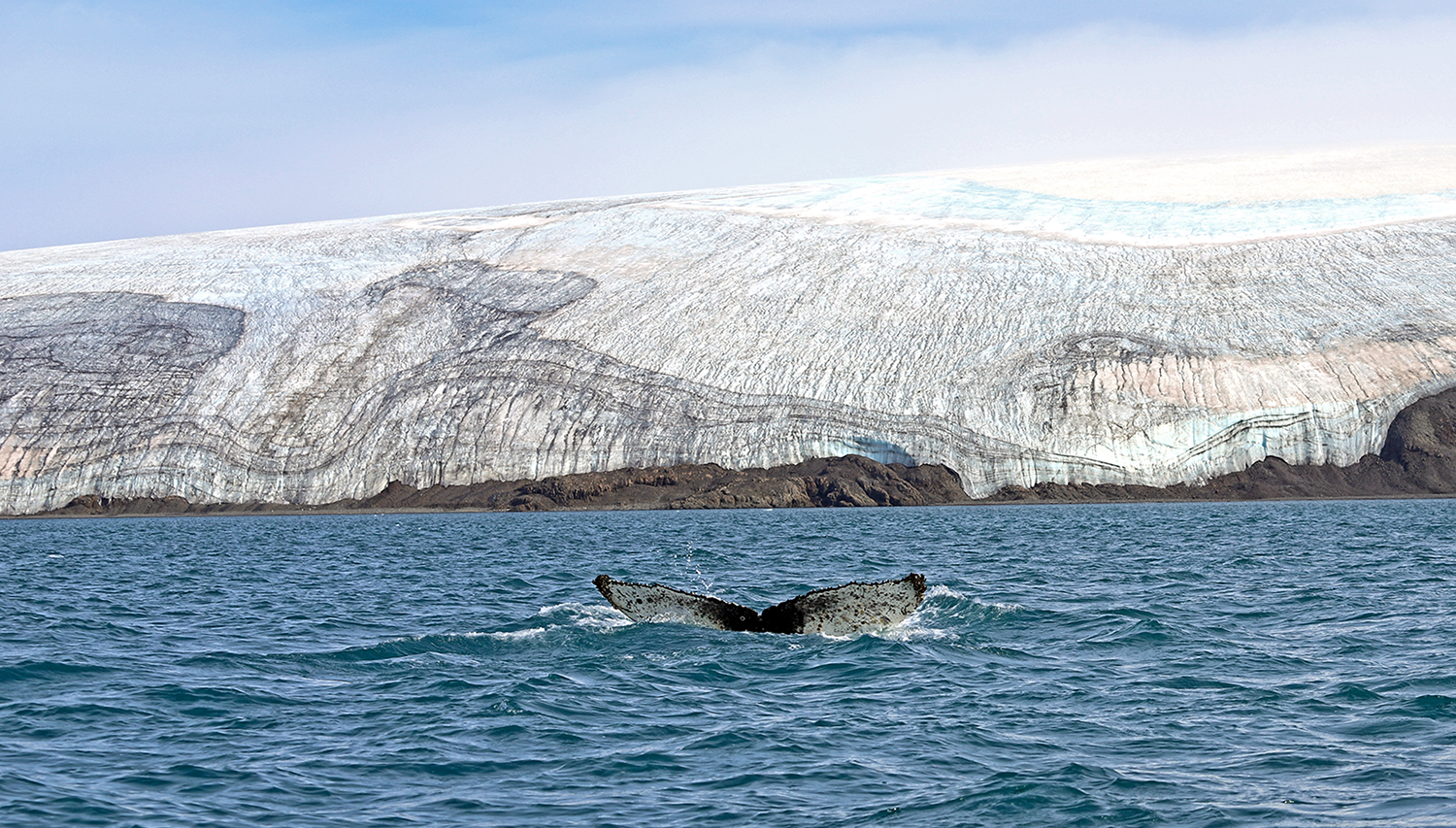 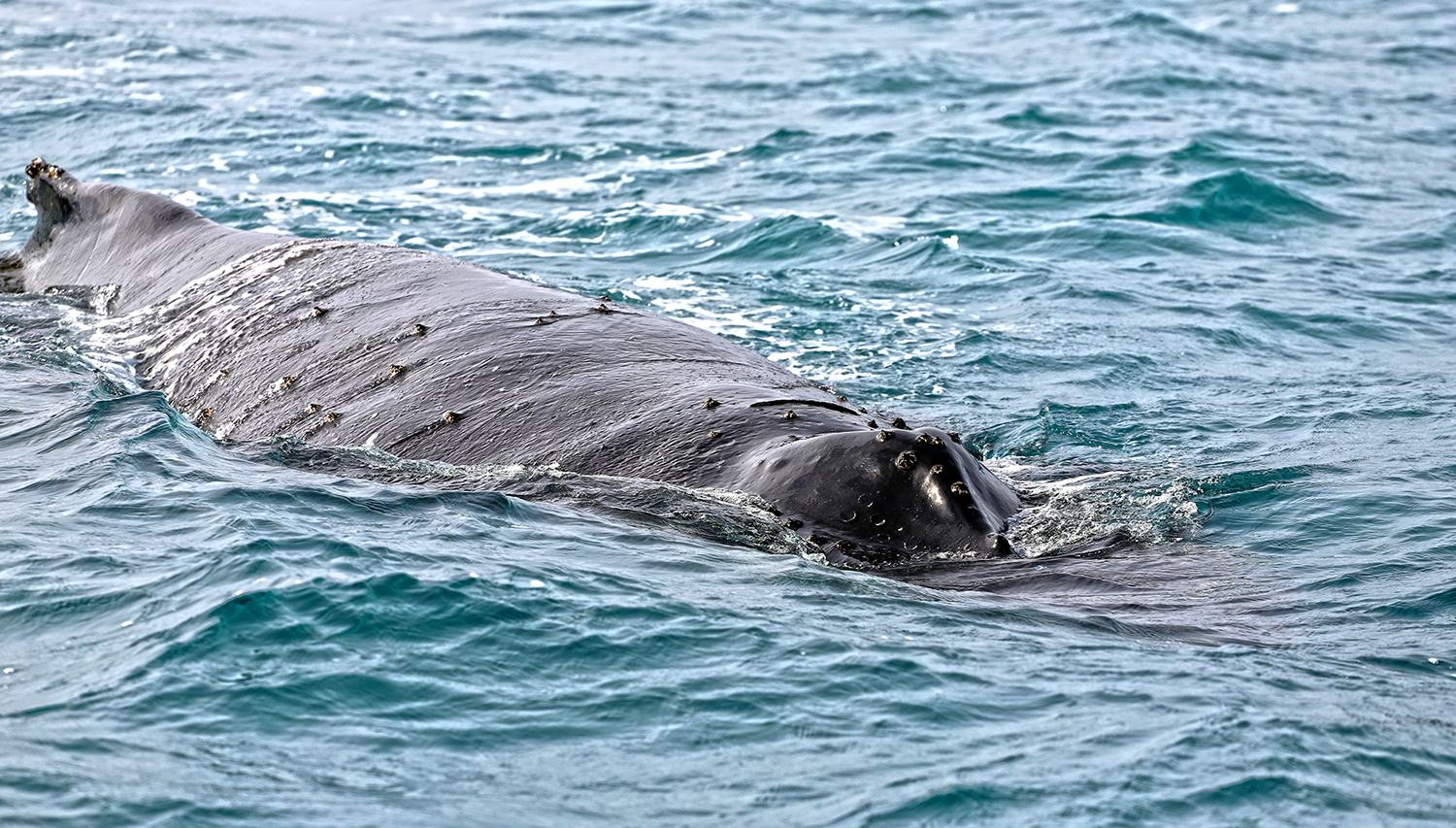 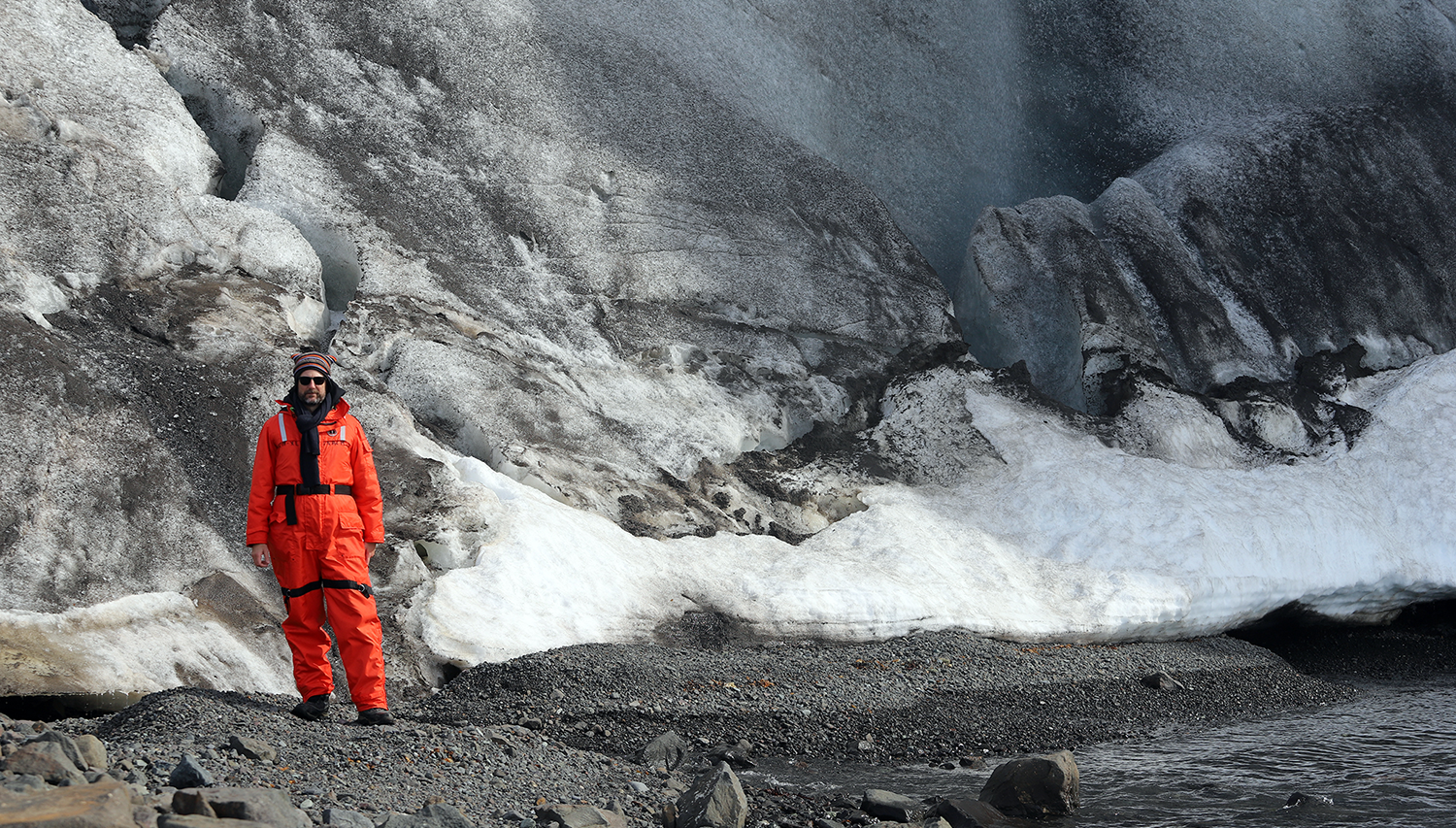 The glacier has retreated significantly, showing no signs of slowing its retreat. Large crevices and waterfalls of fresh water from melting ice flowing into Marion Bay have become a common sight. (Image courtesy of Juan Salazar) 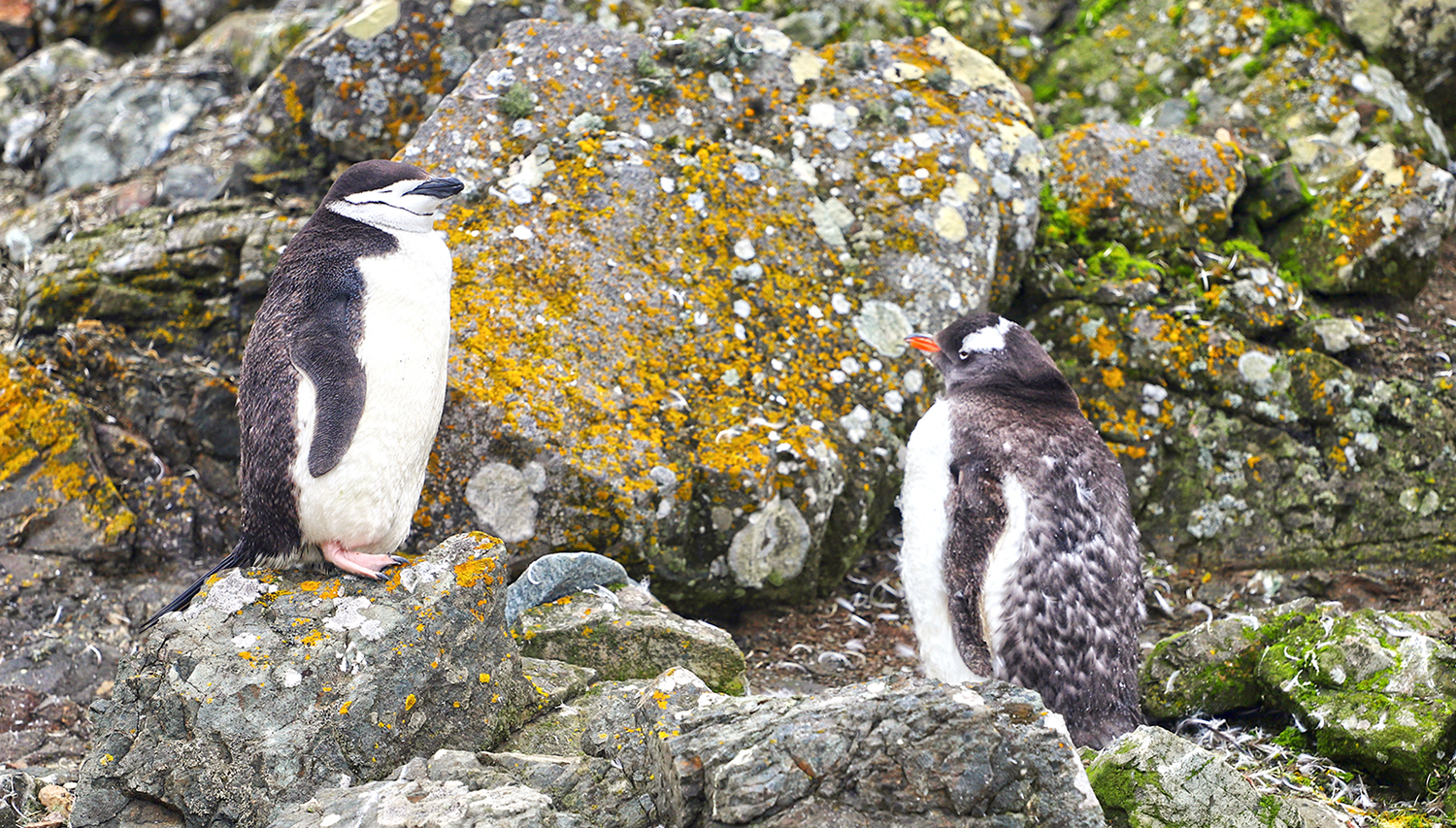 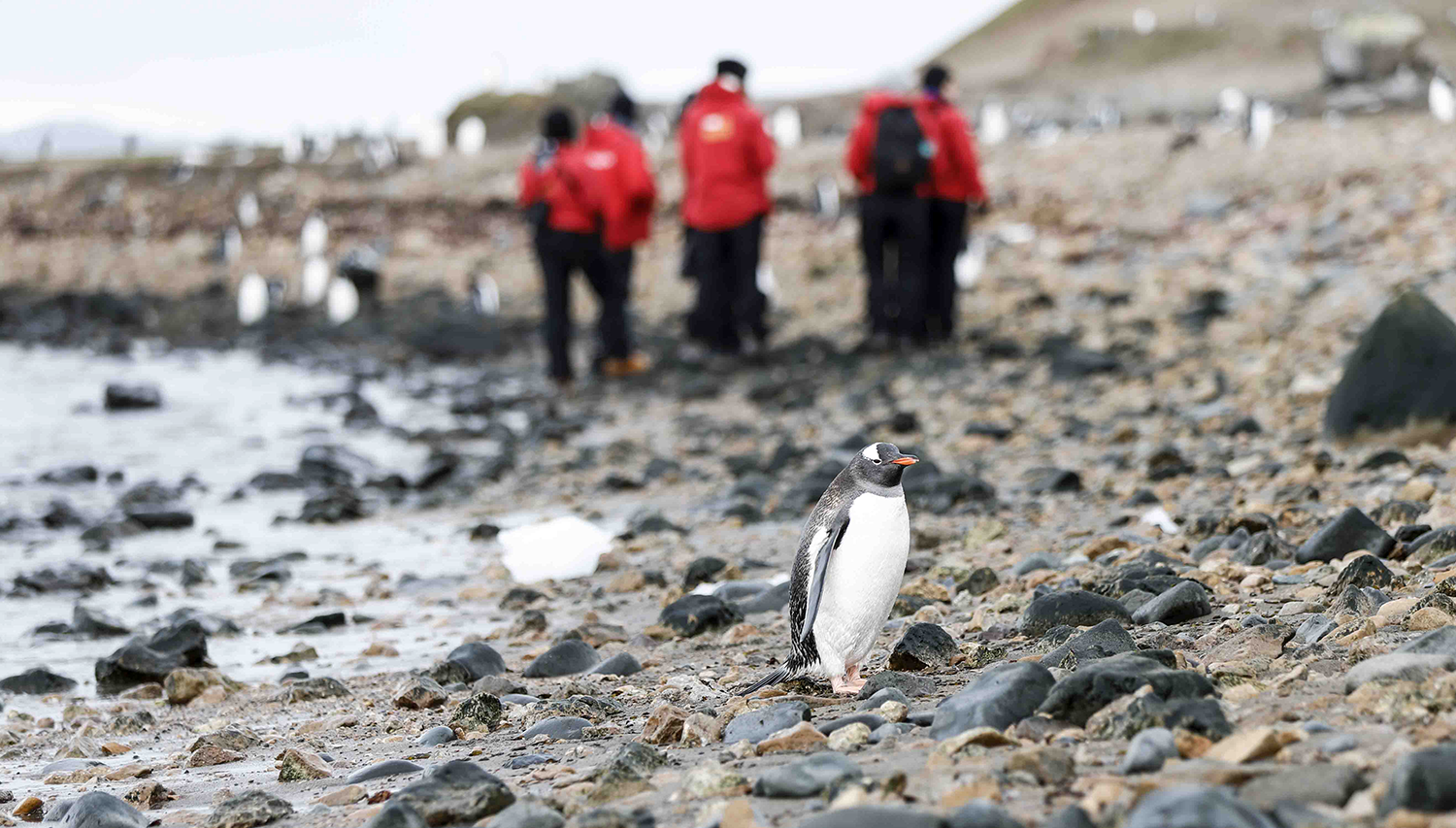