Trading the African sun for a gothic cellar in Belgium

Dr Betsie Milne from the Arid Lands Node swapped her office in hot Kimberley for three months at the end of 2019 to undertake extensive lab work at one of the top universities in Europe.

The Katholieke Universiteit Leuven (KU Leuven) awarded me a GLOBAL MINDS: Short Term Research Stay Mobility Grant, which gave me the opportunity to work at the Laboratory of Aquatic Ecology, Evolution and Conservation under the mentorship of Professor Luc Brendonck and Dr Tom Pinceel.

I have been studying the ecology of branchiopods in very unique temporary wetlands (commonly known as pans) of the Northern Cape for the past three years. This research is an attempt to establish baseline biodiversity information that can direct land managers and decision-makers regarding the development, conservation and monitoring of these long neglected aquatic ecosystems. However, key elements pertaining to my understanding of the biodiversity in these systems could not yet be comprehensively analysed, mainly due to a lack of suitable infrastructure and associated expertise in South Africa.

I met Prof Brendonck at the Annual Wetlands Indaba Conference held in Kimberley during 2018. We subsequently identified significant scope for collaboration.

Prof Brendonck is a temporary wetland expert, renowned for his research on large branchiopods, and has extensive knowledge of wetland ecology and conservation, especially in (semi-) arid regions. His lab offered vital infrastructure to improve my understanding of the ecology of the Northern Cape pans.

I spent most of my days in a medieval cellar built in the early 1400s. For perspective, this was before Portuguese navigator Bartolomeu Dias treaded South African soil in 1480, and two centuries before Jan van Riebeeck arrived in the Cape. Today, it has been converted into a laboratory for aquatic science where world-renowned research on damselfly larvae, large branchiopods, Daphnia and Killifish are being undertaken. 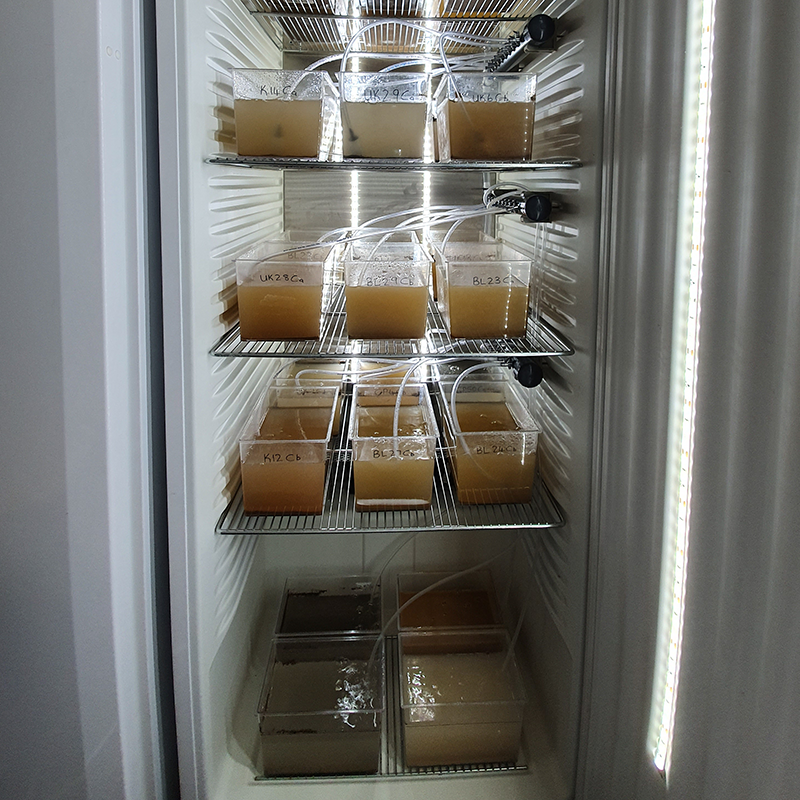 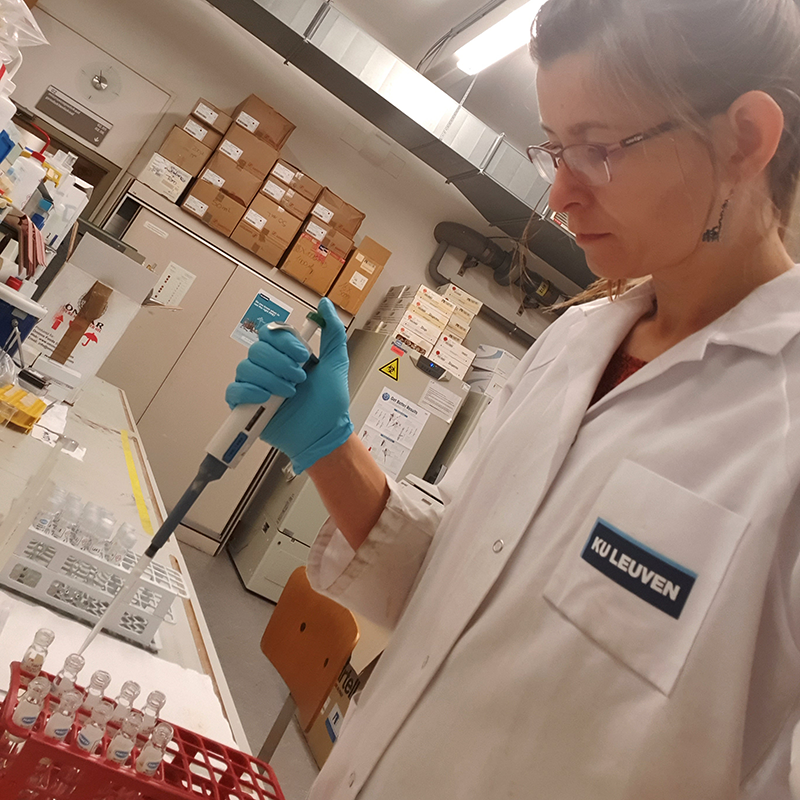 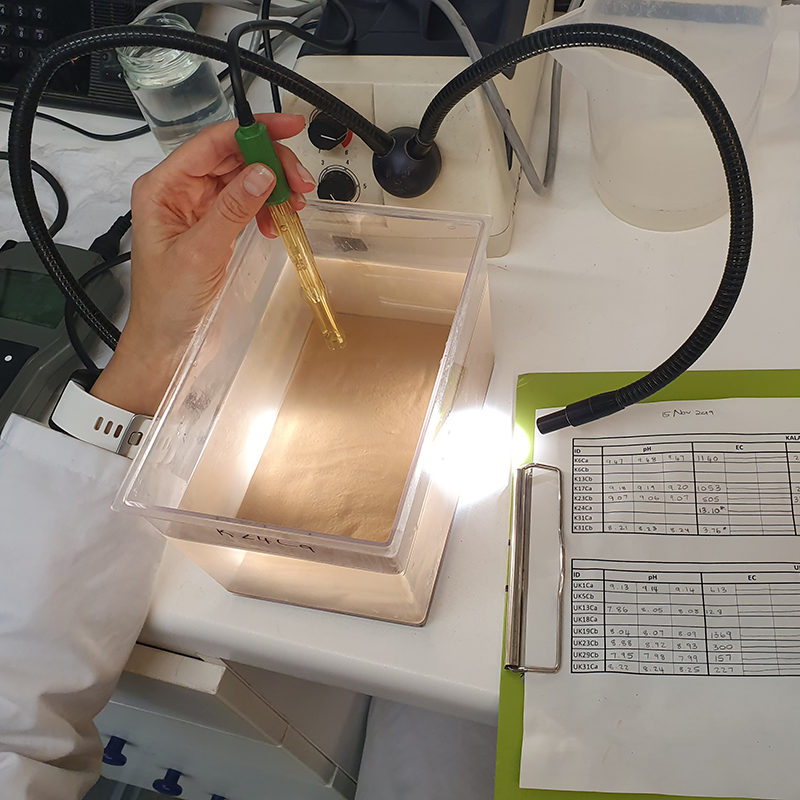 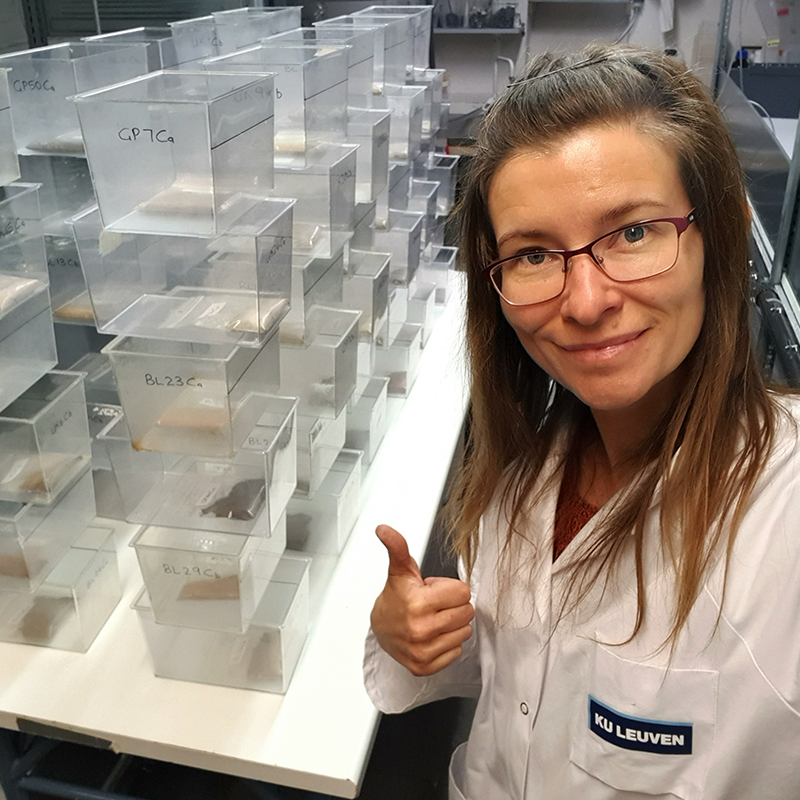 Preparations done for the first batch of hatching experiments 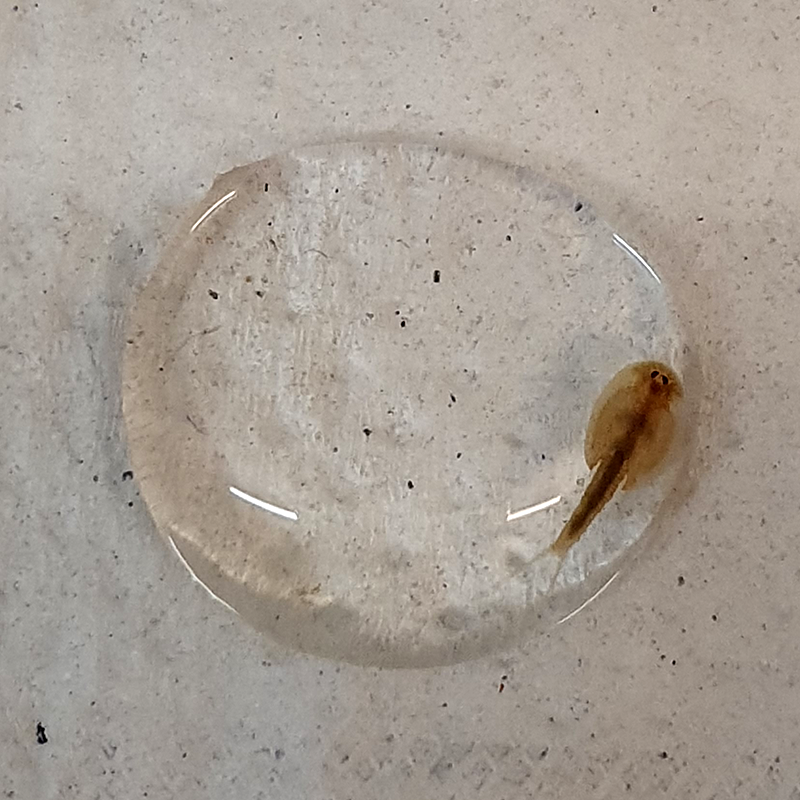 Normally, wetlands are sampled when wet in order to obtain “live” information about their biodiversity and habitat conditions. However, due to the arid climate and the sporadic rainfall patterns in the Northern Cape, it is not always possible to obtain this information over a large spatial scale.

I was only able to sample 16 wet pans over a three-year period, which is not sufficient for robust scientific analyses. As an alternative, I collected soil samples from 98 desiccated pans across the pan hotspot regions (Kalahari, Bushmanland, Upper Karoo and Ghaap Plateau) of the Northern Cape to enable me to perform extensive laboratory protocols during my time at KU Leuven.

I had to continuously monitor each hatching container to extract any hatchlings of the predatory tadpole shrimp (Triops granarius). All other hatchlings were raised to maturity before I extracted and preserved them for later taxonomic determinations. I was able to perform a total of 196 hatching experiments over a period of 65 days, with a 76% success rate.

I also performed extensive egg bank analyses through microscopy to supplement the biodiversity data obtained from hatching experiments and live sampling. Branchiopods are specially adapted to survive periods of prolonged drought through the production of dormant eggs that are contained in the top 5 cm of the soil layer.

Each branchiopod species also has unique egg morphology. Therefore, by extracting the eggs from the soil and then sorting them into distinct morphological groups using microscopy, I could obtain supplementary species information. I sorted through 196 egg bank samples, separating over 3 500 eggs, which produced species information for 88% of the study sites.

Through these analyses my data sets were significantly improved, with only eight study sites not producing any species information. Water quality measurements taken from each sample will aid in understanding why hatching was inhibited in the unsuccessful hatching attempts and could also shed light on egg bank deficiencies. 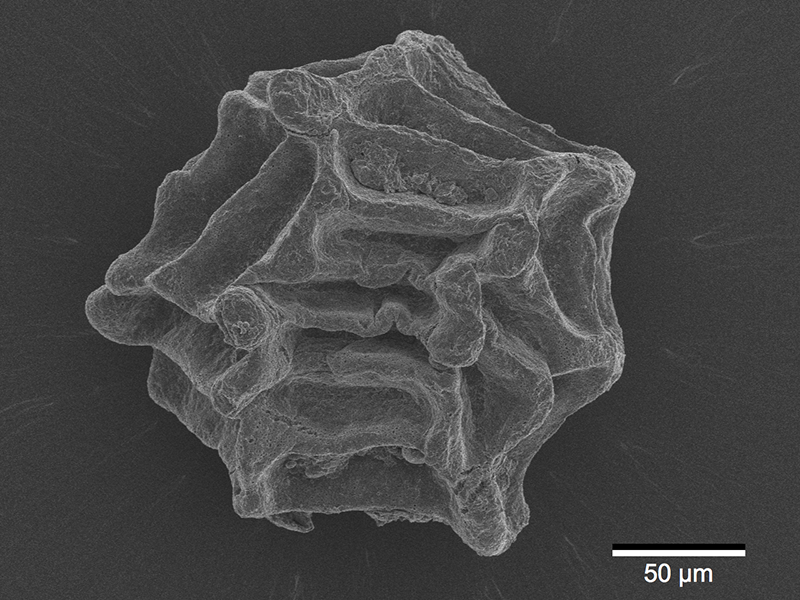 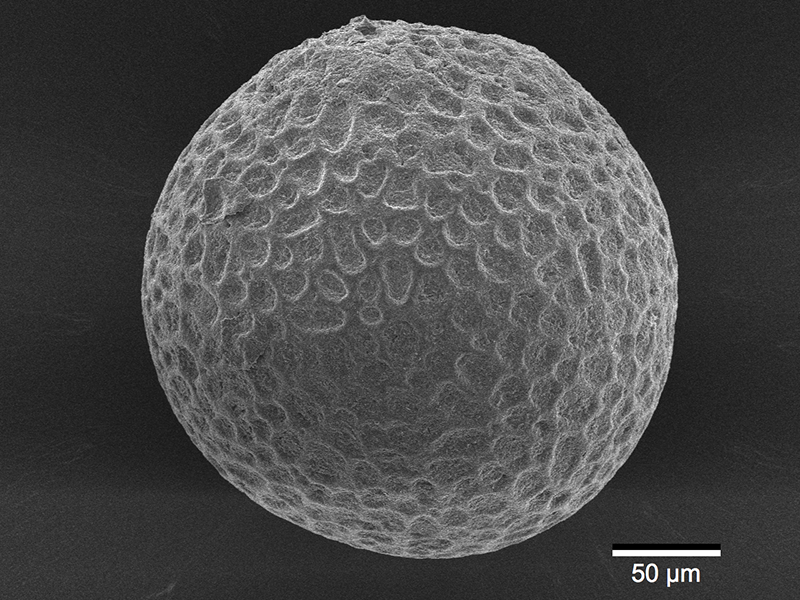 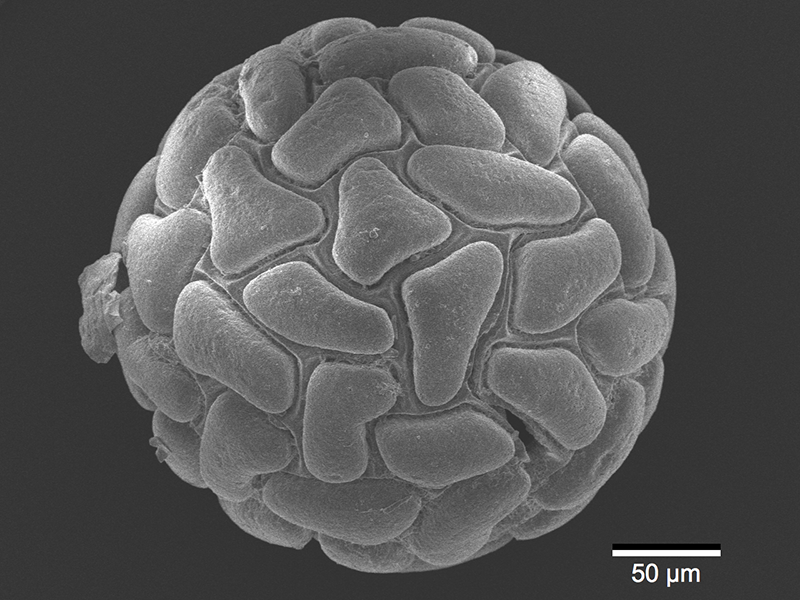 Theodore Roosevelt believed, “When you play, play hard; when you work, don’t play at all.” I beg to differ with Mr Roosevelt’s philosophy.

The successful hatching attempts I performed can be compared with a treasure hunt – with each new hatchling came the excitement of a new distribution record on the Northern Cape map. The various shades of blue and yellow produced by the chemical reactions of the nutrient analyses evoked nostalgia from kindergarten when I dipped a brush in watercolour paint for the first time. Not to mention how the SEM photo collection simulates a contemporary art exhibition.

I worked hard, but I played even harder! During my daily walks through the gothic streets of Leuven and down the spiralling wooden staircase to the cellar, I learnt to appreciate the privilege of walking around freely and safely. My Garmin watch’s daily step goal automatically increased from 6 000 in SA, to 11 000 in Leuven.

However, my mission to play even harder was only fully accomplished through a fair bit of exploring around Belgium and neighbouring countries during my free time. I participated in the Brussels Half Marathon and smashed my parkrun PBs at the Bois de Boulogne, Paris and Aachener Weiher, Köln. Unfortunately, my trip to Germany also cost me my wallet along with € 70 through a classic European-style pickpocketing move.

While in Paris, I popped into the South African Pub La Pomme D’eve to watch the Rugby World Cup finals wearing my green and gold T-shirt. That same day I visited all the typical tourist attractions and bumped into several other people from Mzansi, who were all clearly noticeable in their patriotic attire.

I spent my Christmas holiday in Holland, wandering the peculiar streets of Amsterdam and cycling across Texel Island. Even though I experienced six hours less daylight than my friends back home on most days, the magic of Europe in early winter was captivating; from icicles on lost gloves to boots tapping on the cobblestone streets, bell-tower chimes, bicycle bells and Christmas markets.

When I disembarked at Kimberley Airport on New Year’s Eve, I was sure that a piece of my heart had remained in Europe. However, I did not return without an ample stash of waffles, chocolate, speculaas and drop.

The 90 days in Europe transformed my perspective on life and invigorated my passion for living, travelling and adventure. I greatly benefited through my time at KU Leuven by improving my datasets for scientific analyses and by obtaining critical new skills which I can pass on to students and colleagues within my network.

The research visit has also strengthened collaborations between SAEON and KU Leuven and has further enlarged the already diverse and successful research network between South Africa and Belgium. 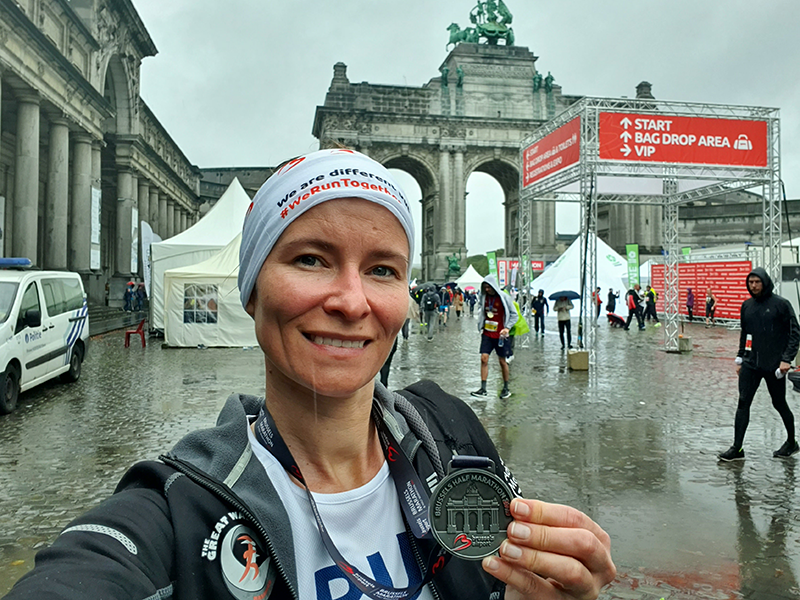 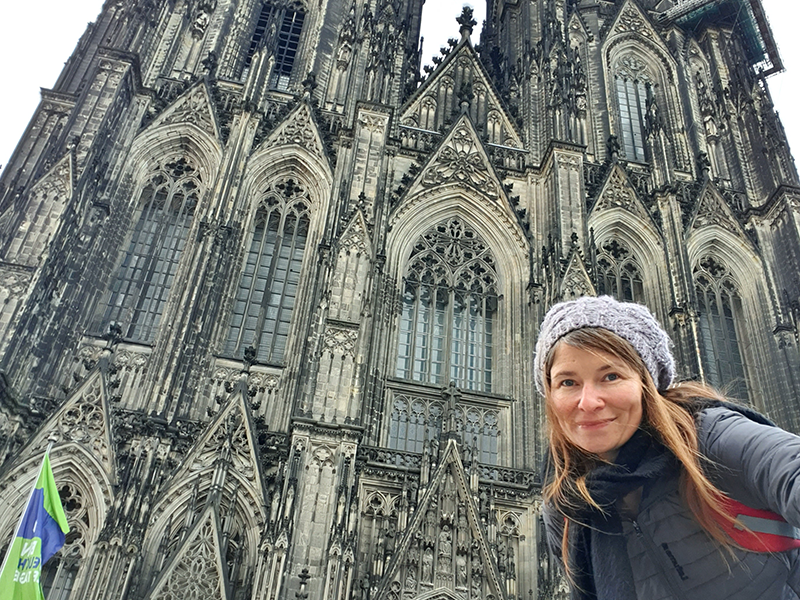 The Kölner Dom in Germany, one of many fascinating cathedrals in Europe. It is built from sandstone, which reacts with the sulphuric acid in rain and gives the walls their black appearance. 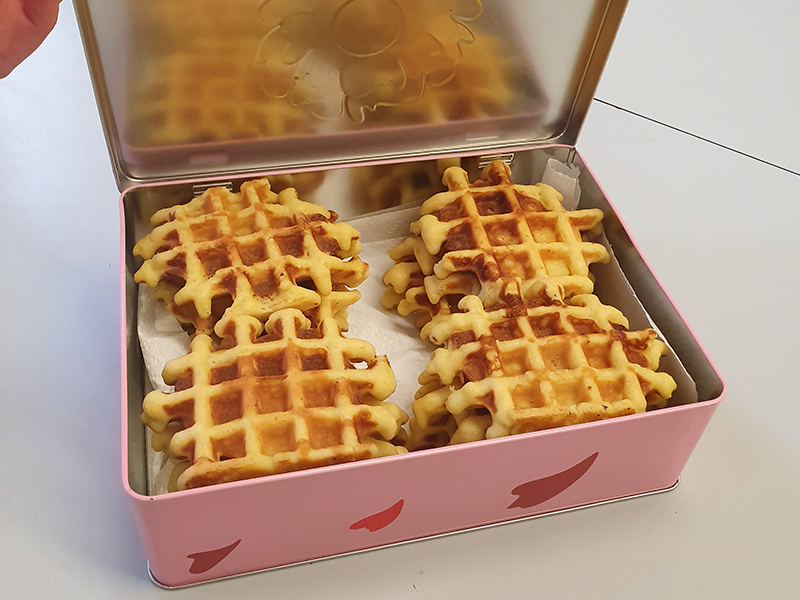 Classic homemade Belgian waffles are traditionally eaten without any toppings. These were a farewell gift from the secretary (Conny Coeckelberghs) at the lab, but they lasted only a week upon my return.