Spotlight on Salicornia tegetaria and its role in heavy metal localisation

Wetlands such as salt marsh and seagrass beds provide a variety of ecosystem services such as erosion control, water quality maintenance via assimilation and filtration, carbon sequestration, storm protection and flood control. They also provide habitat for a range of different organisms.

Salicornia tegetaria, previously known as Sarcocornia (common names for this genus include glasswort, pickleweed, picklegrass and marsh samphire), is a red list species found along the coast of Namibia and the entire South African coastline extending to southern Mozambique.

This perennial halophyte (adapted to grow in saline habitats) occurs in the lower intertidal zone of estuaries and is adapted to regular flooding. The stems are fleshy, divided into segments and are often found erect or in creeping form.

Estuaries are historically convenient locations to build industries, as it was deemed a suitable place to dispose of large quantities of urban and industrial waste into the ocean. Together with agricultural and road run-off, urban and industrial discharges result in an increased pollutant load into these environments (i.e. salt marsh, wetlands, seagrass beds).

This heavily developed, permanently open urban estuary is home to the third largest salt marsh in the country. Historically established baseline concentrations are generally used to investigate the presence of pollution in the area.

A team of scientists, students and interns from the SAEON Elwandle Node, the Shallow Marine and Coastal Research Infrastructure (SMCRI) and the Department of Environmental Affairs (DEA) investigated the metal concentrations (Al, Cr, Cu, Fe, Mn, Ni, Pb, Zn) in the sediment colonised by Salicornia tegetaria, a dominant salt marsh plant in the estuary. The samples were collected at five sites along the banks of the middle and lower reaches of the estuary and analysed using an inductively coupled plasma optical emission spectrometer. Metal contamination was determined using normalised baseline.

It was found that all the sites at the estuary mouth contained metal enrichment, except for Ni (Figure 1).  Key to the remediation of the estuary is the role the salt marsh plays.

Salicornia tegetaria acts as a metal trap within its rhizosediments and morphology, localising the spread of heavy metals to other parts of the estuary. Other species under investigation include the marsh grass, Spartina maritima, and eelgrass, Zostera capensis. Watch this space for a spotlight article on these two species as data become available.

Heavy metals (unlike organic pollutants) are typically not removed from the environment by natural processes. The ability of salt marshes to sequester and accumulate heavy metals within their organs creates a large potential for phytoremediation, that is, using plants to reduce the concentrations or toxic effects of contaminants in the environment.

Heavy metals are also accumulated in the bottom sediments and move up the food chain (biomagnification). Their effects are often biomagnified at higher trophic levels and ultimately cause various chronic and acute ailments in humans and animals.

Future research on the above aspects is on the cards. 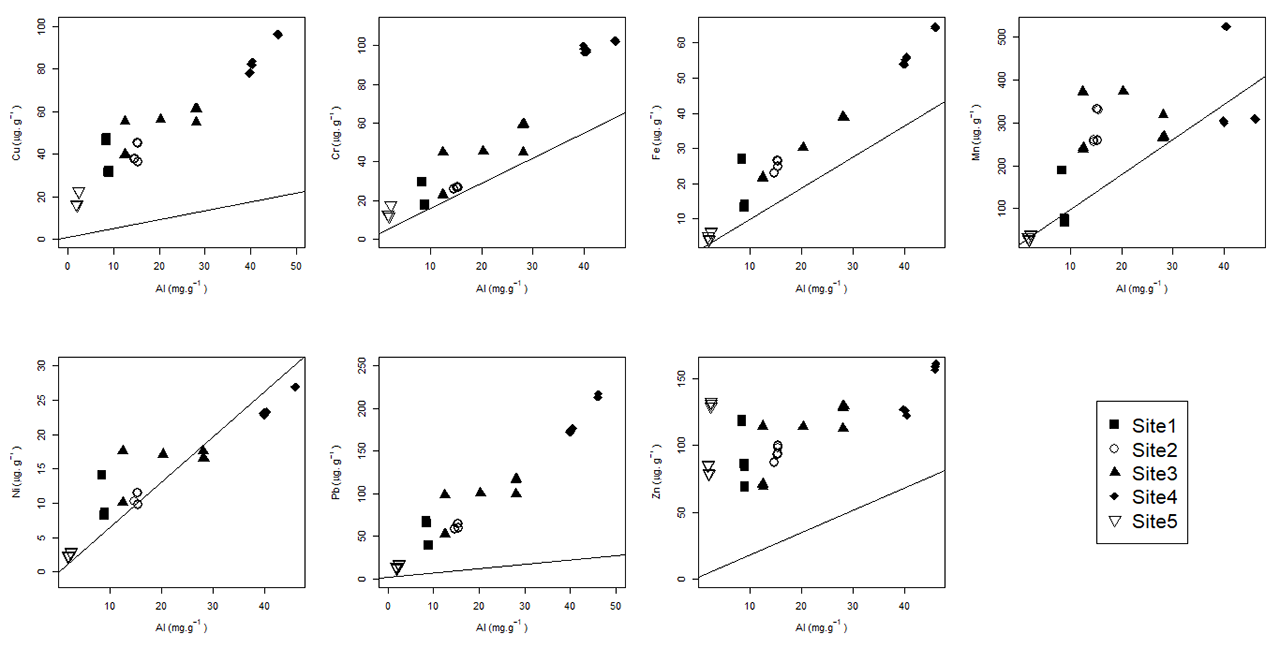 Figure 1. Metal contamination was determined using normalised baseline (solid line). Everything above the line can be considered enrichment above the baseline.