TeaComposition project – burying and weighing a delicate refreshment, adding to the legacy of rooibos tea

When the advertisement to participate in the TeaComposition project under the banner of the International Long-Term Ecological Research network (ILTER) first came out, the SAEON Arid Lands Node saw the opportunity to collaborate on this global project, which focuses on decomposition as one of the most important microbial soil ecosystem functions.

The former manager of the Arid Lands Node, Joh Henschel, was the mastermind behind establishing the project at the node. In 2016, former field technician Marco Pauw and PhD student Gina Arena implemented the project at Tierberg-LTER and Wolwekraal Nature Reserve, two of only four sites in the SADC region.

The initial phase involved collecting soil samples to participate in the collaborative effort to study the global relationship between soil microbial diversity and ecosystem functioning in the framework of the TeaComposition project. The aim is to decompose the organic substance in tea bags over certain periods of time and compare the decomposition rates across biomes globally. The project followed a standardised methodology called the Tea Bag Index.

Green tea and rooibos tea bags from the same batch were distributed to all international collaborators. This was crucial because the studies are dependent on the use of the same tea types across all the sites as the use of different tea types and bags may compromise the results. Unilever made the Lipton tea bags available for the project. Lipton teabag material allows air, water and the microbes access to the tea.

Hydrating beverages – a set of green tea and rooibos tea 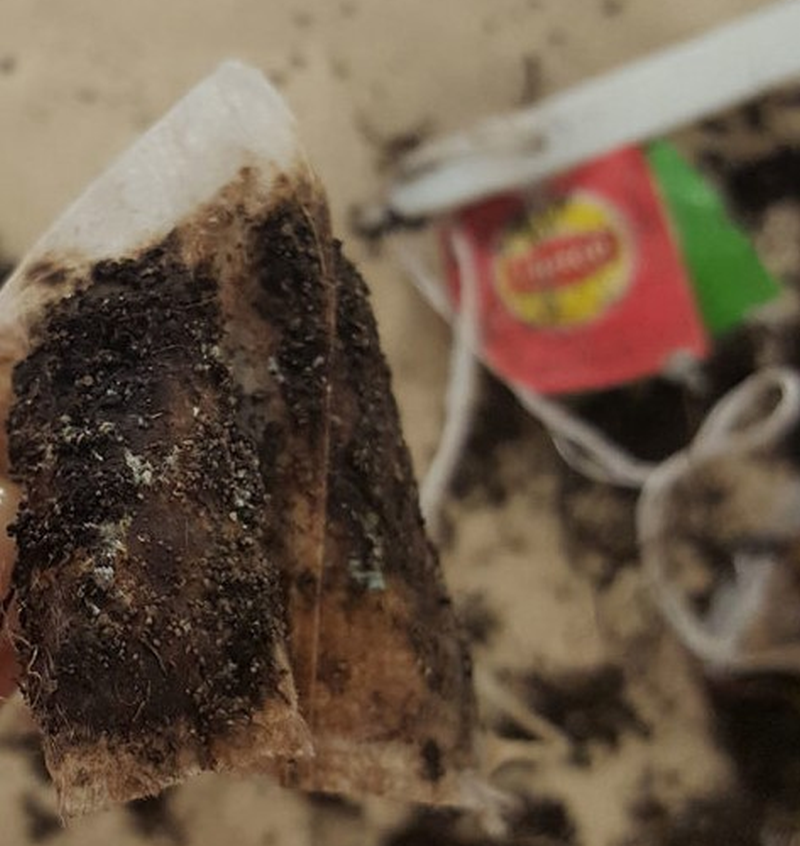 The difference between the two beverages is that green tea tends to break down and degrade quite easily while rooibos takes a bit longer to decompose. It is important to understand the relationship between the two types of tea so that the decomposition rate and stabilisation of the soil can be determined.

Green tea is known for its healthy bioactive compounds and other proven health benefits. Rooibos is a ‘Proudly South African’ product, an endemic produce based on indigenous knowledge from South Africa. Occurring only in the Western Cape region of South Africa, rooibos is now one of the best-selling brands in the country and its popularity is increasing in the global market.

Burying the first batch of teabags

The Arid Lands Node received its first batch of teabags in 2016. The tea was removed from the bags, weighed, re-bagged and tagged. The bags were then buried in the top layer of the soil at Tierberg-LTER and Wolwekraal Nature Reserve.

The experiment consists of four treatments (habitats in which tea bags are buried): plains, heuweltjies (small hillocks), drainage lines and underneath large shrubs. A set of four tea bags (two green tea and two rooibos) was retrieved after three months and thereafter every twelve months since burial until all the tea bags have been retrieved. The next tea bag removal takes place in December 2021.The dataset contains site information, tea weight and climate data for the site. 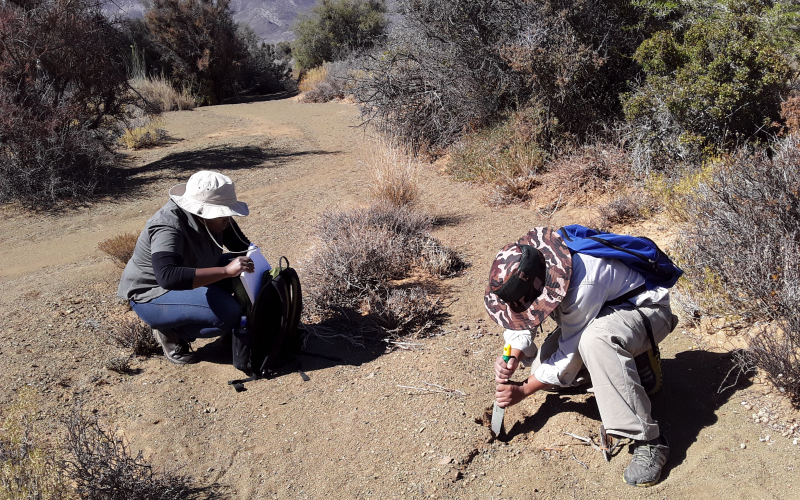 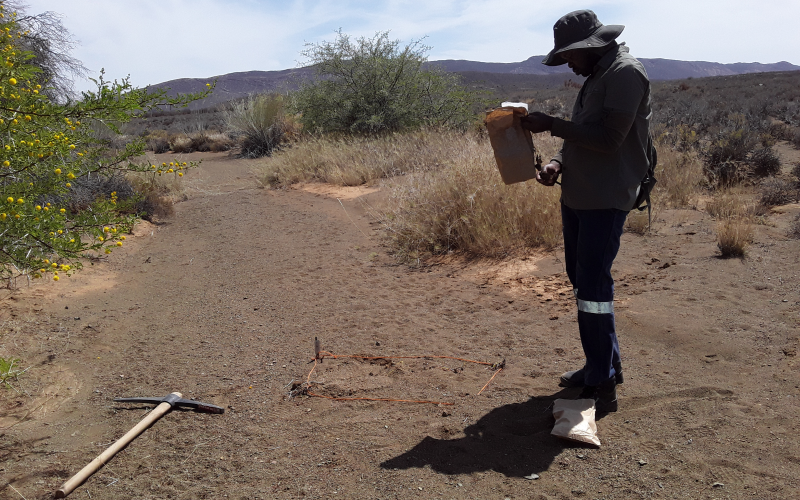 At first the project was quite demanding. Identifying suitable habitats, setting up plots, weighing and burying thousands of teabags in the blistering Karoo heat proved to be challenging indeed. Despite all of that we kept the project going and some of the data has been published.

SAEON was acknowledged in the joint publication of TeaComposition and ILTER Nitrogen Initiatives Effects of climate and atmospheric nitrogen deposition on early to mid-term stage litter decomposition across biomes.

We are proud that this contribution presents SAEON research at an international level under the ILTER banner.