Mountains are key centres of biological diversity, hosting one quarter of all terrestrial biodiversity and the majority of the world’s biodiversity hotspots. However, mountain ecosystems are particularly fragile, facing both natural and anthropogenic drivers of change. The latter includes global climate change, loss of habitat, vegetation and soils due to inappropriate land-use practices and depletive resource extraction. Increasing pressure on mountain resources, and greater competition for these resources among sectors of society, are typical of the developing world especially.

Establishing policy that enhances the management of mountain ecosystems including their biodiversity conservation, sustainable development and climate change mitigation and adaptation, has never been more urgent. To this end, fulfilment of the United Nations 2030 Agenda and Sustainable Development Goals (SDGs) has major potential to strengthen the resilience of communities and ecosystems in mountain areas. But to realize that potential, the SDGs must be customized to serve local systems and contexts.

Some of the most critical data for identifying and quantifying environmental change, understanding long-term ecosystem dynamics for effective ecosystem management, understanding socio-ecological systems and informing global policy agendas, are those attached to long time-series from long-term socio-ecological research (LTSER). For mountains, these data-generating platforms have a pronounced northern hemisphere bias. 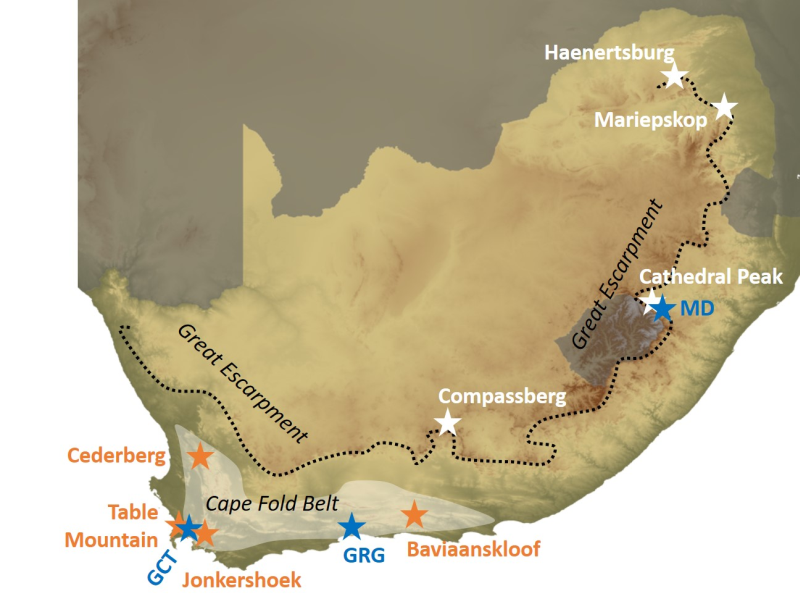 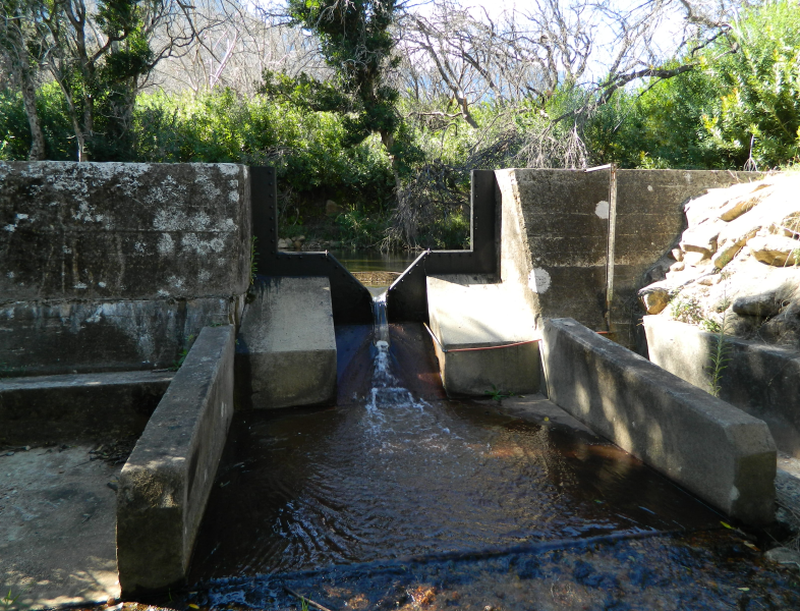 Now, scientists from SAEON and Ezemvelo KwaZulu-Natal Wildlife have presented (article published in Land, September 2021) a first synthesis of the mountain observation in southern Africa and the collective value of long-term research from the region. The primary aim was to demonstrate the value of a diverse suite of process-orientated LTSER initiatives in southern Africa’s mountain regions, framed by their contribution to human well-being, appropriate management of biodiversity and environmental sustainability.

The authors also identify the strengths and weaknesses in southern Africa’s mountain-based LTSER framework and make recommendations to enhance adaptive capacity and resilience to global change. For the first time, the significance of LTSER from a southern African perspective has been contextualised within the international mountain community.

SAEON operates as a number of research nodes across the country’s various biomes, each with sites that serve as environmental change observatories. There are eight SAEON mountain observatories, four situated in the Cape Fold Belt (CFB) and four in the Great Escarpment (GE); these being the two mountain complexes which dominate the region (Figure 1).

Two of these observatories represent the resurrection and expansion of long-running experiments (Jonkershoek, CFB, 1935– and Cathedral Peak, GE, 1948–) which historically measured stream flow (Figure 2) and basic weather parameters from afforested and control mountain catchments. In the past approximate decade, activities here have grown to include a diverse suite of detailed and often automated atmospheric (Figure 3), hydrological and ecological monitoring.

The remaining SAEON mountain observatories are more recent, spanning a decade or two, but were long-term by intention at establishment and are repeatedly sampled (Figure 4). In the Cape Fold Belt these are in the Baviaanskloof, the Cederberg and on Table Mountain. The Compassberg, Haenertsburg and Mariepskop LTSER sites are situated on the Great Escarpment. 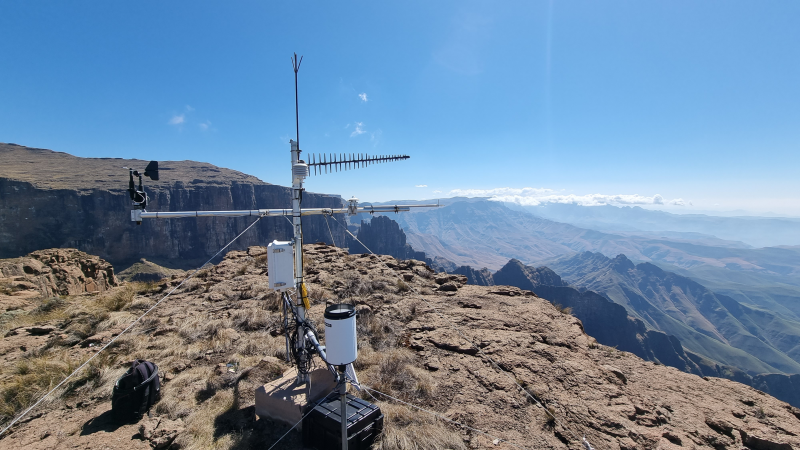 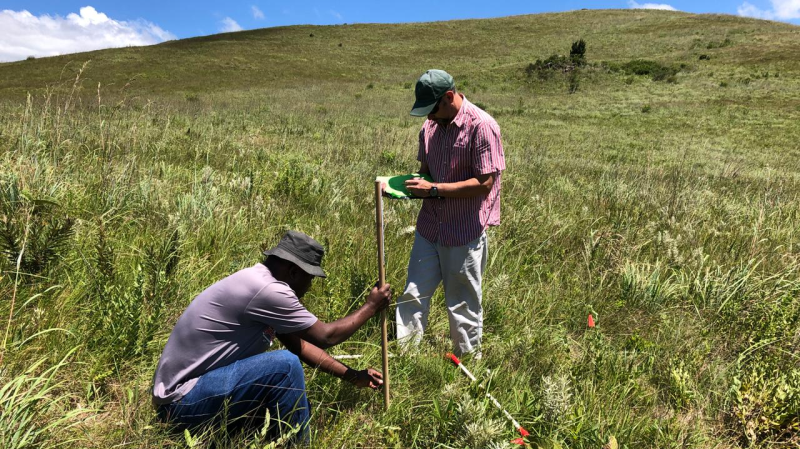 Figure 4. Repeat sampling of permanently marked plots, here in the threatened montane grasslands at the Haenertsburg observatory, allows for the detection of change in plant species diversity and vegetation structure in response to global change drivers. (Photo: Sylvie Kremer-Kӧhne)

The Table Mountain and Jonkershoek observatories, together with their associated historic and contemporary environmental data sets, sit within the Greater Cape Town (GCT) EFTEON landscape; the Baviaanskloof observatory anchors the Garden Route Gateway (GRG) landscape, while the northern Maloti-Drakensberg EFTEON landscape builds on the research and monitoring conducted at Cathedral Peak. Both the GCT and GRG landscapes present source-to-sea opportunities including highland and lowland systems, and which link terrestrial mountain catchments with marine ecosystems.

South Africa has the most active and comprehensive mountain LTSER networks in the region, due in large part to the site custodianship and data curation and collection activities of SAEON. The current rollout of EFTEON, coupled with university-based research and southern Africa’s inclusion in several international mountain programmes, e.g. the Global Observation Research Initiative in Alpine Environments (GLORIA), RangeX, the Global Soil Biodiversity Observation Network (Soil BON) and the Mountain Invasion Research Network (MIREN), bodes well for a renaissance period of global change research in the mountains of the region, which takes greater cognisance of their social context.

This diversity of programmes will generate a more robust knowledge base from which to make sound conclusions about how to better safeguard the well-being of people and biodiversity in the region.

The publication concludes under the heading Local Knowledge with Global Significance and focuses on the unique character of the region’s mountains, as well as opportunities presented by the existing and emergent mountain-based LTSER. This is fitting given the unique position of our mountains at the tropical-temperate interface of the southern hemisphere mid-latitudes, whose context is largely unreplicated in other mountain regions of the world.

This is our mountain watch for a sustainable southern African mountain future.