Special Report on the Oceans and Cryosphere in a Changing Climate: Towards informing the common Africa position at COP26 in Glasgow

Climate change is an increasing threat to Africa, with many African communities lacking the capacity to respond or adapt to its impacts. Increasing temperatures and sea levels, changing precipitation patterns and more extreme weather are threatening human health and safety, food and water security, and socio-economic development in Africa.

Warming trends have already become evident across the continent. The Intergovernmental Panel on Climate Change sixth Assessment Report (released on 6 August) points out that overall, the world is now 1.09 ℃ warmer than it was during the period between 1850 and 1900 and will likely increase to 1.5 oC by the early 2030s.

The assessment shows that the ocean surface has warmed slightly less than the land surface since 1850, by about 0.9 ℃ as a global average, but about two-thirds of the ocean warming has taken place during the last 50 years. It is virtually certain the heat content of the ocean will continue to increase for the rest of the current century and will likely continue until at least 2300, even under low-emissions scenarios.

Global warming will only stay below 2 oC during this century if carbon dioxide emissions reach net-zero by 2050. If not, vast areas of Africa will exceed 2 oC of warming above pre-industrial levels by the year 2100 (IPCC AR6).

Impact on our oceans

In 2019, the Intergovernmental Panel on Climate Change (IPCC) released a Special Report on the Oceans and Cryosphere in a Changing Climate (SROCC). The SROCC finds that strongly reducing greenhouse gas emissions, protecting and restoring ecosystems and carefully managing the use of natural resources would make it possible to preserve the ocean and cryosphere as a source of opportunities that help build climate resilience to future changes, limit risks to livelihoods and offer multiple additional societal benefits. 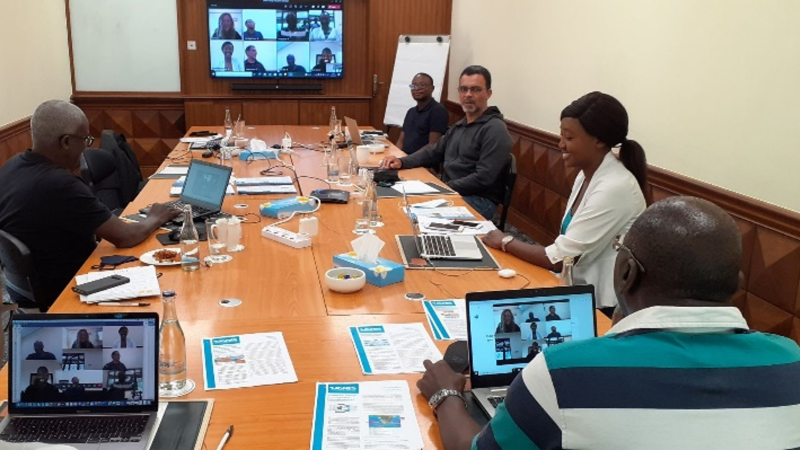 A group of experts translating the IPCC SROCC report into relevant information for African policymakers to ensure that the SROCC informs the common Africa position at COP26. 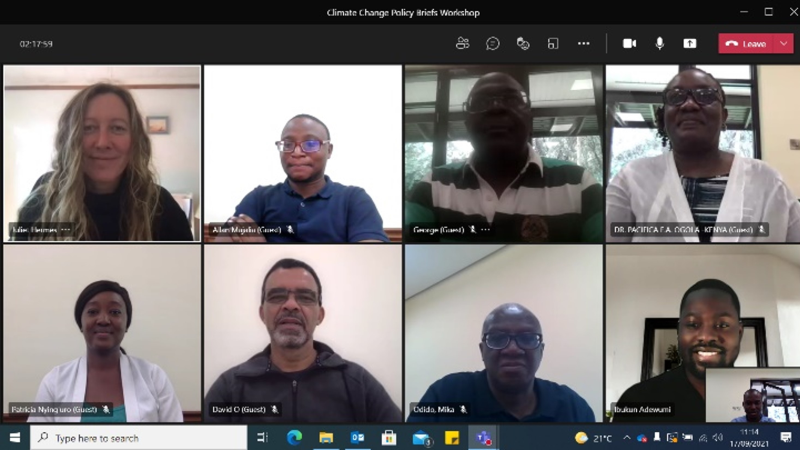 The group of experts met in Kenya, and virtually. Professor Juliet Hermes (top left) led the policy brief on extremes.

Translating the report into relevant information for African policymakers

From 15 to 17 September a group of experts met in Kenya (and virtually) to finalise a long process of translating the IPCC SROCC report into relevant information for African policymakers to ensure that the SROCC informs the common Africa position at COP26 in Glasgow.

The process has been facilitated by the African Group of Negotiators expert support system (AGNES), with support from the Intergovernmental Oceanographic Sub Commission for Africa and the Adjacent Island States (IOC AFRICA) of the United Nations Educational, Scientific and Cultural Organization (UNESCO) Regional Office for Eastern Africa, and the Canadian International Development Research Centre (IDRC). The process was driven through AGNES and the IOC.

Four policy briefs have been created as part of this process –

Draft key messages from the policy brief on extremes:

More information on the other briefs will be published in follow-up newsletters.

“This was a really fantastic opportunity to work with a group of global experts from Africa and to get experience in translating science into policy. I am grateful for the experience and support from the AGNES and IOC teams.” Juliet Hermes 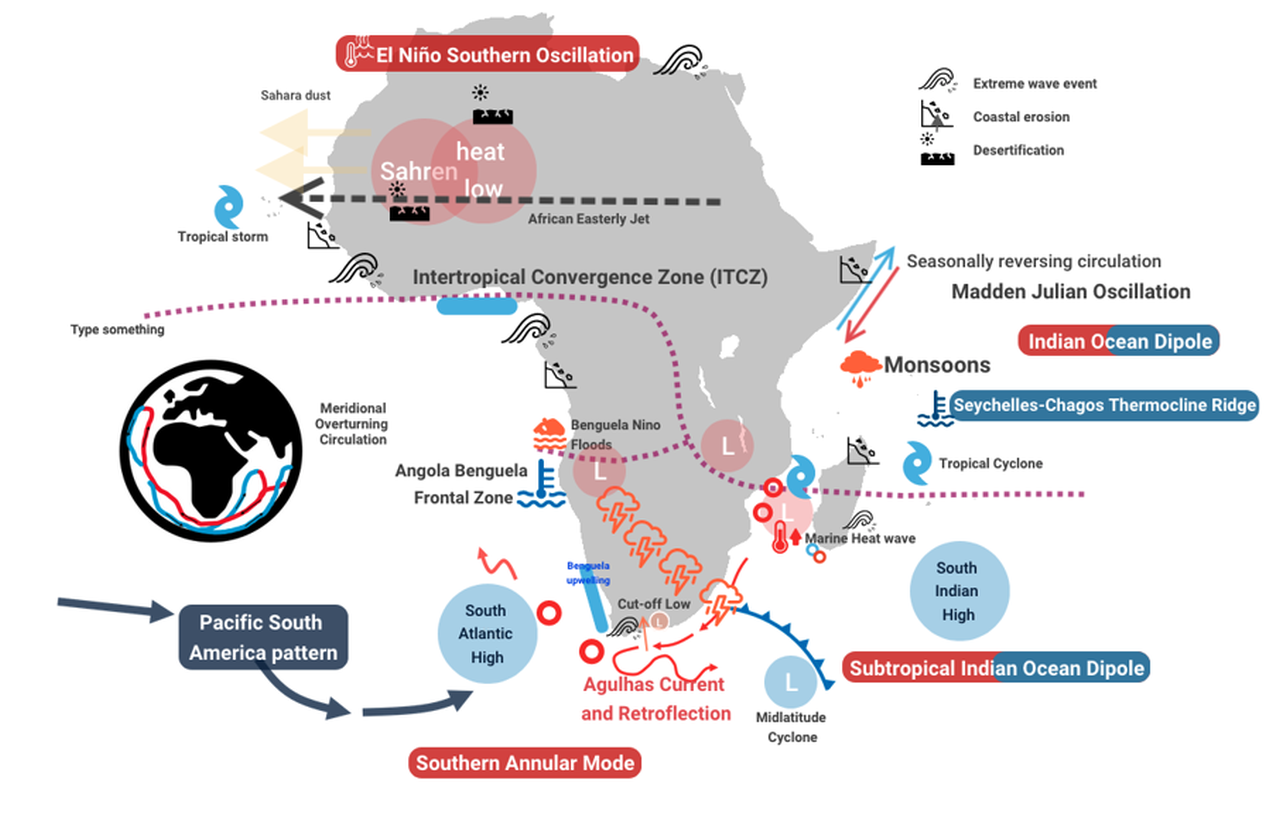 Figure 1. Key ocean phenomena and key weather patterns over Africa. Note this is a general schematic and these are seasonally dependent, e.g. tropical, cyclones that occur during the summer half of the year in each hemisphere. The ITCZ is drawn here in its austral summer approximate location.