Bringing the ocean to a deep rural area at Cofimvaba

The centre aims to complement classroom learning and bridge the gap between science and society through interactive displays and modern technology. It also aims to empower learners to develop intuitive minds to solve future problems which require skills for the Fourth Industrial Revolution.

Addressing the people of Cofimvaba in their own language

During the launch, the Minister of Science and Innovation was taken on a guided tour of the exhibits. Dr Nzimande complimented NRF-SAEON on translating most of their content on display into isiXhosa, the language spoken by the local community. He acknowledged that it must have been difficult to translate as some of the terms may not have a direct translation.

The NRF-SAEON marine exhibition stand at the Cofimvaba science centre

Through its marine science exhibit at the Cofimvaba science centre, SAEON hopes to inspire people to gain an appreciation and a better understanding of our ocean through a combination of physical exhibits and content on a touch screen. Cofimvaba is a town approximately two hours from the ocean. Through this exhibit, SAEON science engagement staff have tried to bring the ocean to those at the science centre that might never get the opportunity to visit the sea. Users can access all the content in both isiXhosa and English, making it relevant to most users.

The physical exhibits were developed by the team at the Elwandle Node, who ensured that the displays were visually appealing while demonstrating key scientific concepts. The wave tank, for example, is an innovative way to visually illustrate the concept of waves and to highlight the concerns of sea-level rise. It is designed to show wave action along the coastline and to investigate the effectiveness of coastal defences on flood risk (from different designs of human-made structures to natural defences such as mangroves).

The Cartesian diver visually demonstrates the ideal gas law and the principle of buoyancy. The user can change the pressure in the cylinder, which will cause the diver (an orange bulb) to either float or sink.

A mock-up of an oceanographic mooring was installed to give visitors an idea of what an actual mooring looks like and make the exhibit look even more exciting. The mock-up mooring consists of a buoy, a rope and an anchor.

The marine career section is easy to use and introduces users to 11 ocean-related careers. In some cases, users can play a game to get an idea of what activities people working in that field might be engaged in.

The other component on the touch screen looks at marine biodiversity. The user is introduced to plankton and learns how the microalgae communities are influenced by abiotic factors.

The three major regions along our coast are highlighted and how they are typically home to different species. Through photographs and videos, the viewers are taken on a journey to some of South Africa’s Marine Protected Areas (MPAs). The aim is that they will gain a better appreciation of the importance of MPAs by seeing the amazing organisms that live in our oceans.

Through photos and a game, the team members were able to bring the rocky shore intertidal zone to people living inland so that those without access to the ocean could be exposed to some of the processes and organisms found along the rocky shore. People are also able to collect data from the rocky shore using photoquadrats, without physically having to go out into the field and the ocean. It brings the message home that you do not need to be in a laboratory to experience science, it is all around us, we just need to start asking questions. 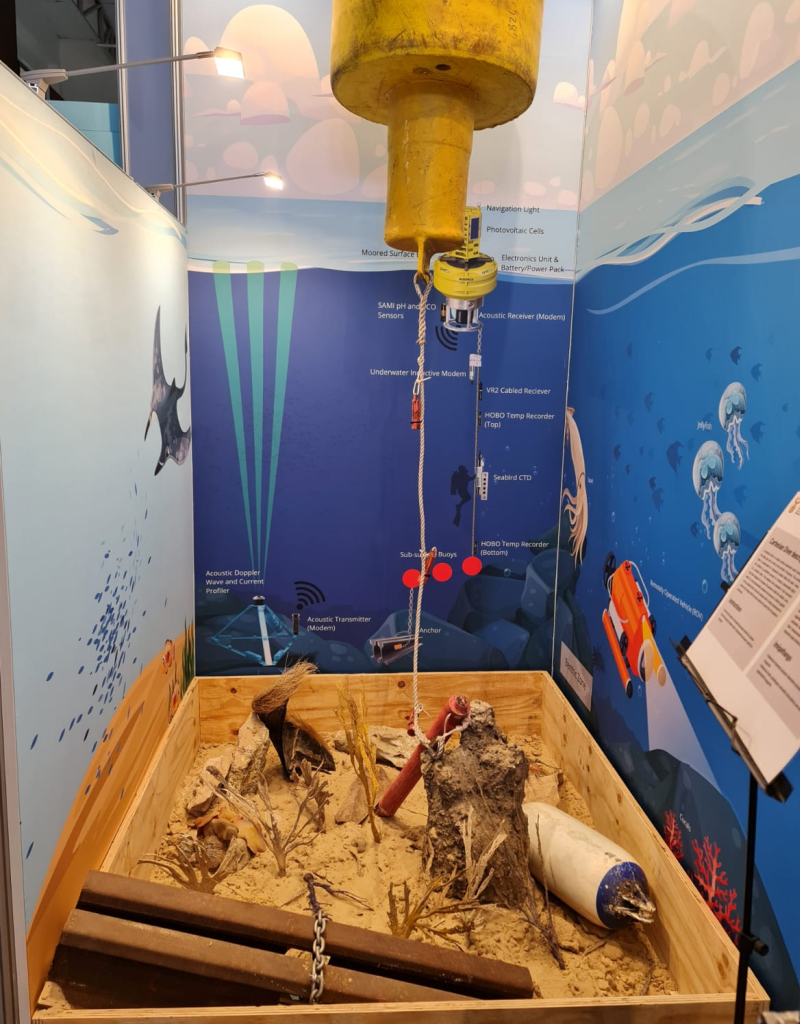 A mock-up of an oceanographic mooring was installed to give the visitors an idea of what an actual mooring looks like. The mock-up mooring consists of a buoy, a rope and an anchor. 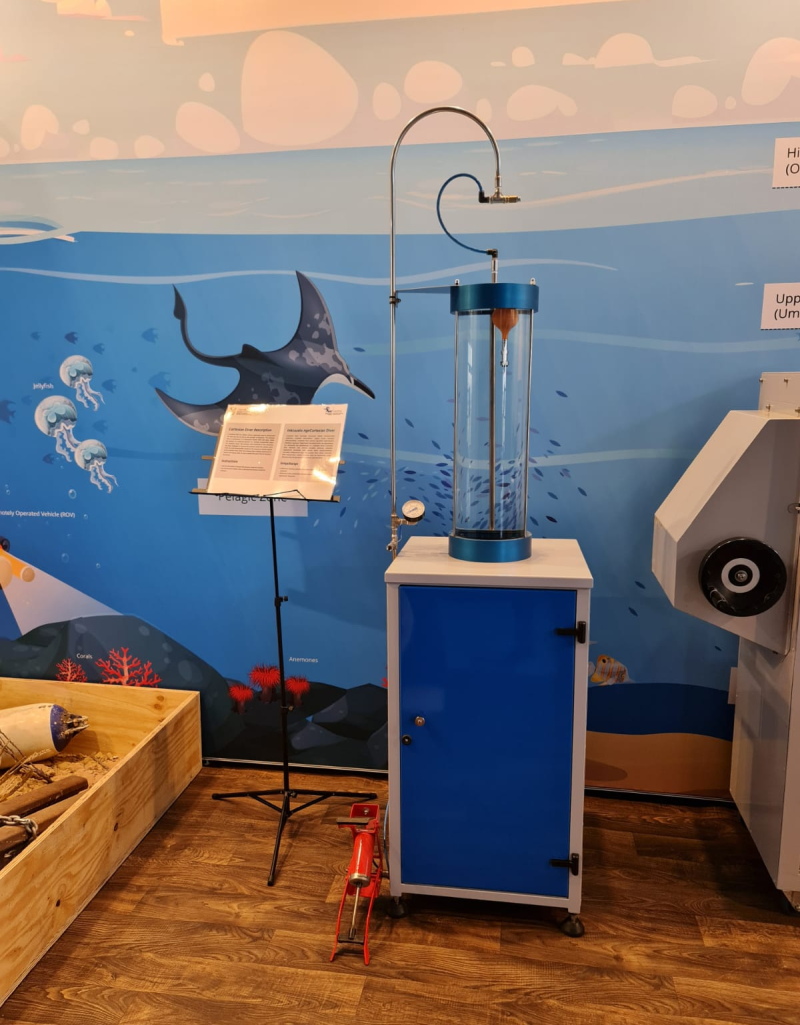 The Cartesian diver demonstrates the ideal gas law and the principle of buoyancy. The user can change the pressure in the cylinder, which will cause the diver (an orange bulb) to either float or sink.