Five years of benthic monitoring in the Sub-Antarctic Indian Ocean

The year 2022 marked the Egagasini Node’s fifth year of benthic photographic monitoring around the Prince Edward Islands in the sub-Antarctic Indian Ocean. Launched in 2013, the study was designed to monitor long-term variation in the pristine benthic communities around the Prince Edward Islands using the Node’s SkiMonkey III benthic camera system.

Since 2013, Egagasini Node scientists and technicians have visited the islands biennially and have collected seafloor images and videos at set locations in the years 2015, 2017 and 2019, with an unfortunate break in the time series in 2021 due to Covid-19 restrictions. Fortunately, the year 2022 presented a chance to bridge this gap in data, and SAEON Egagasini technician, Grant van der Heever, jumped at the opportunity.

Unlike previous voyages, this one kicked off at the Lagoon Beach Hotel, located in Milnerton, Cape Town, with 11 days of quarantine which extended from 31 March to 9 April. On the morning of 10 April, following negative PCR Covid tests, all members were shuttled to the SA Agulhas II, ready to set sail for the island. Unfortunately, due to a delay in the delivery of essential island supplies, we were stuck in the harbour for another five days!

On 15 April the anchor was finally lifted, and we began our four-day steam to the Prince Edward Islands. On arrival at the island, we began essential take-over operations which included the offloading of passengers and the slinging of cargo. Following a brief break in operations due to a mechanical failure on one of the two cargo slinging helicopters and a detour back to Gqeberha due to a medical emergency on board, ship-based scientific operations eventually commenced on 3 May. 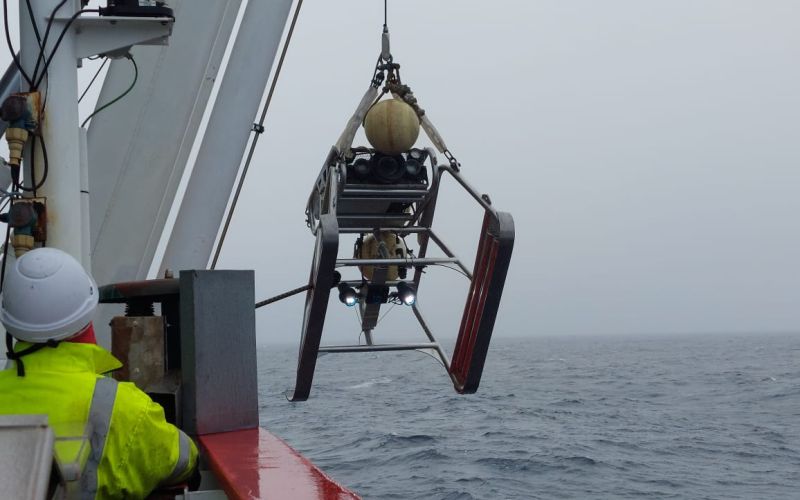 The SkiMonkey III benthic camera system being deployed into the icy waters of the sub-Antarctic (Photo: Grant van der Heever) 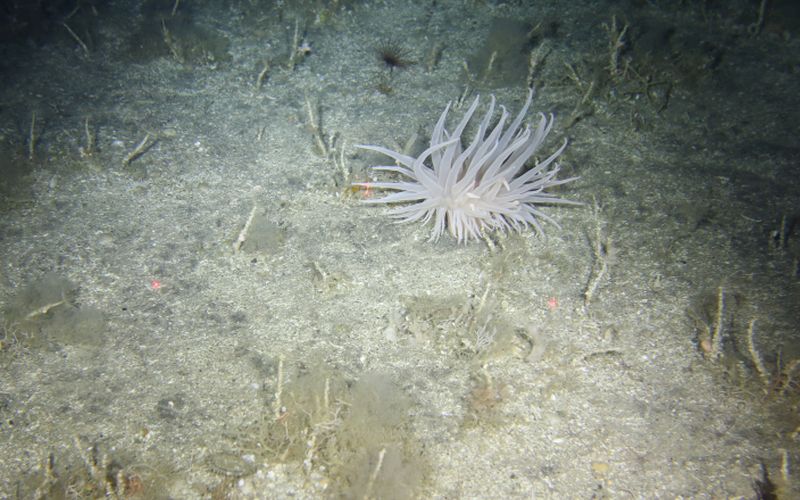 Due to the delays, only two days were assigned to benthic camera work. Despite this, we managed to survey six of the ten proposed camera stations extending between depths of 79 and 353 metres. Numerous habitat types were noted, with species composition appearing to be largely dependent on the habitat type.

At first glance the benthic communities appear to look similar to those surveyed in previous years. This is not surprising, and we assume that it may be indicative of the lack of anthropogenic disturbance around these pristine islands. However, preliminary results will only be obtained after quantitative image processing and analysis have been undertaken ashore.

Despite the delays and their associated challenges, the trip was a memorable one. The Prince Edward Islands will be revisited in 2024 to continue our long-term photographic monitoring time-series around these pristine islands. 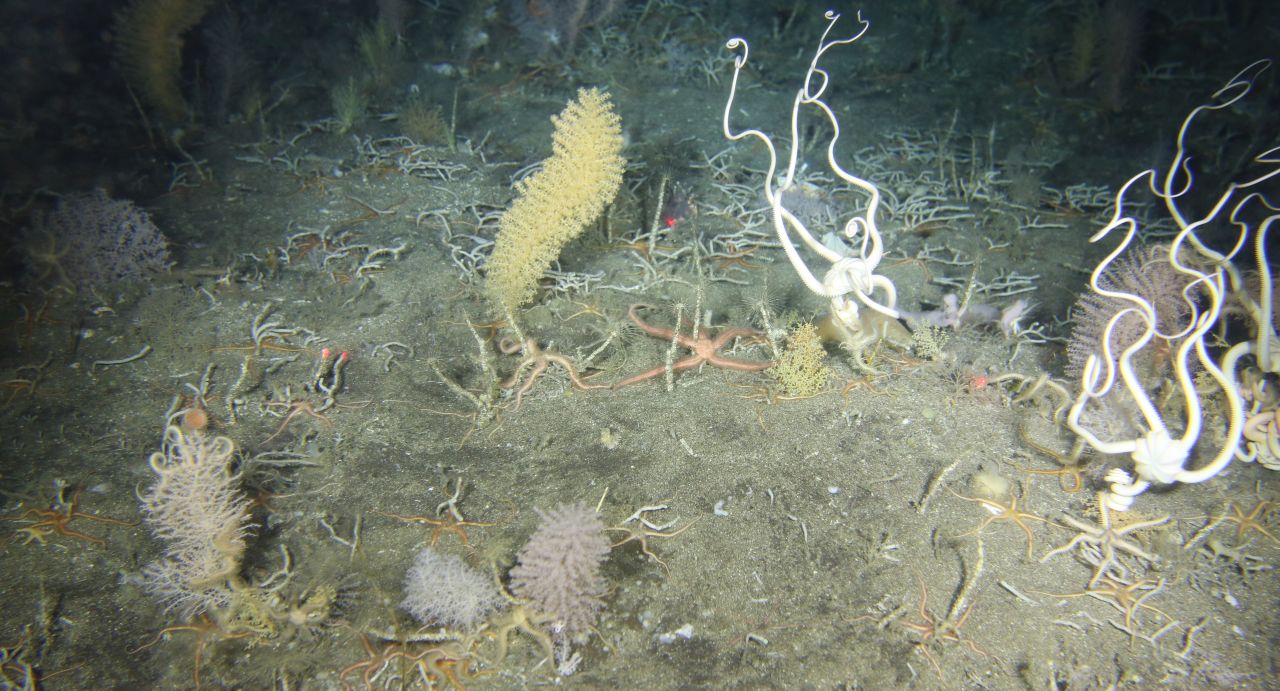