Dr Mary-Jane Bopape has been appointed as the new Managing Director of NRF-SAEON, effective from 9 May 2022. Dr Bopape is a seasoned scientist with an impressive record of accolades, revealing the level of her expertise and passion for her work.

She holds a PhD in Meteorology from the University of Pretoria and has about two decades of experience in meteorology. She is an atmospheric modelling specialist and has worked across a range of timescales including short-range forecasting, seasonal prediction as well as climate change projections.

She has extensive knowledge in running weather and climate models, the use of high-performance computing, remote sensing data, as well as ground observations from manual and automatic stations. She has led several projects, including one that was a collaboration among six SADC countries.

Dr Bopape maintains a C2 NRF rating and has contributed to various NRF-SAEON projects such as the South African Risk and Vulnerability Atlas (SARVA) as well as the Expanded Freshwater and Terrestrial Environmental Observation Network (EFTEON).

Preceding this appointment, she was the Research Senior Manager at the South African Weather Service, leading a team of 40 scientists, where she also spent four years as the Chief Scientist of Weather Research. Her background includes time at the Council for Scientific and Industrial Research (CSIR) as well as a two-year postdoctoral research fellowship at the University of Reading in the United Kingdom.

In addition to numerous published papers, Dr Bopape has received many awards in recognition of her research work. These include:

In a speech on 9 August 2019, President Cyril Ramaphosa acknowledged Dr Bopape as a pathfinder for leading work in the local development of numerical weather and climate models in South Africa.

We are excited to have such an extraordinary individual join the NRF talent and look forward to NRF-SAEON’s continued progress under her leadership. 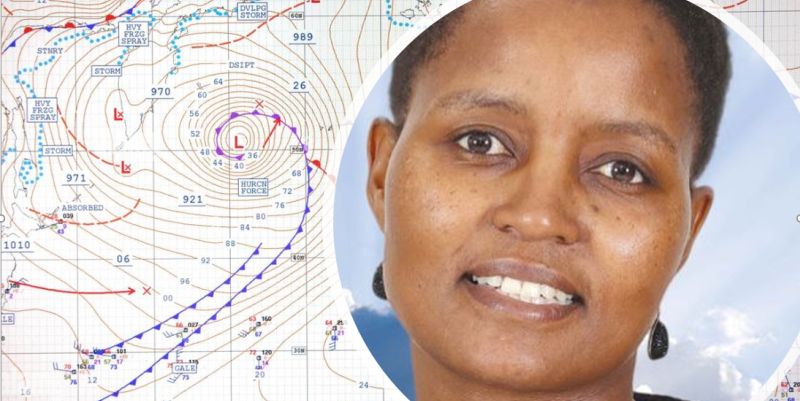