It was a day filled with joy and excitement for the first grade 11 learners to take marine science as a formal school subject in the Eastern Cape. The SAEON Elwandle Node’s science engagement team met the cohort of grade 11 learners from Solomon Mahlangu Senior Secondary School in Kariega, previously known as Uitenhage. This was the Elwandle Node’s first face-to-face engagement since the start of the Covid-19 pandemic.

On arrival, the learners were divided into two groups before being given a tour of the Elwandle Node facilities and the equipment used by scientists to collect data. Members of the science engagement team explained the applications of the different types of equipment used for collecting observational data. These included a CTD (an oceanography instrument used to measure the electrical conductivity, temperature and pressure of seawater), floats and a secchii disc.

SAASTA volunteer Oko Sotshongaye showcased the different microscopes used by marine biologists to look at various organisms from the oceans, such as the stereo and compound microscopes. The learners then interacted with Tarryn Swartbooi, who works at the biochemistry laboratory. Tarryn showed them how the spectrophotometer works. The budding scientists were also taken to the auto analyser room where heavy metals are analysed. Tarryn explained that experiments on water contamination are conducted for environmental management purposes. Exposure to the laboratory made learners think of many nutrients in water they were not aware they could find in a sample of water. 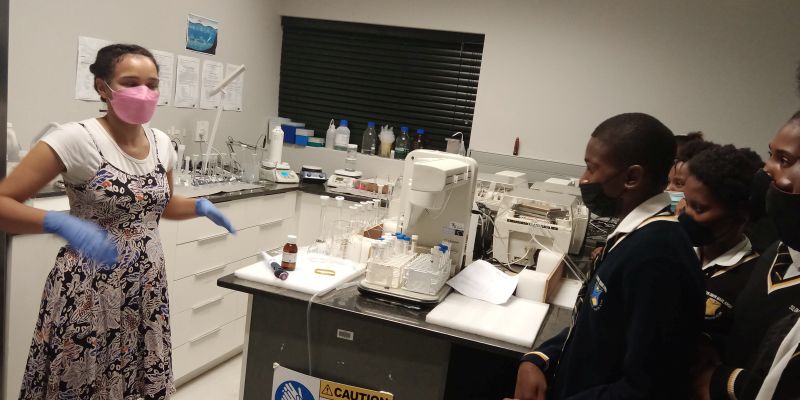 Tarryn Swartbooi (left) demonstrates to the learners how the spectrometer at the Elwandle Node biochemistry laboratory works (Photo: Elwandle Node) 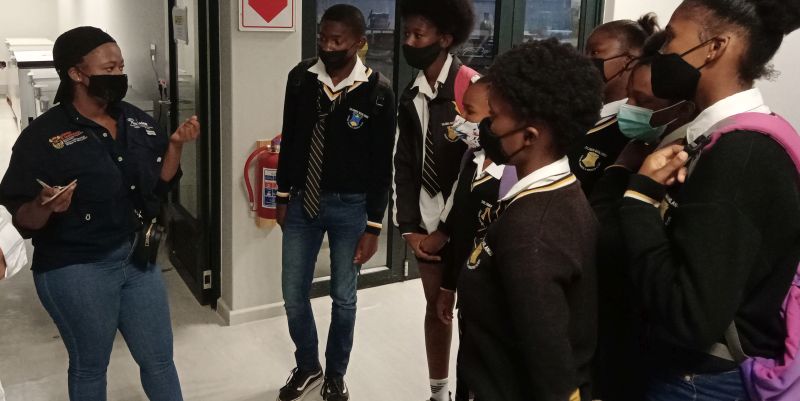 Collecting data on the rocky shores

The learners were then taken to the rocky shores at Schoenmakerskop, Gqeberha, to be exposed to what scientists do when they are out in the field. The trip to the rocky shores was also aimed at introducing the learners to scientific methods in line with what the marine science curriculum requires them to do in the classroom.

The learners were divided into three groups of five learners each to collect data. Each group was guided through the procedures, including being gentle when touching the organisms. Each group was given an identification book and a recording sheet to collect data in a specific quadrat. The learners sampled three stations per zone, identified species found in the quadrat and recorded a percentage cover for seaweeds and counts for animals.

As this field trip was only for a day, learners had to take the data collected on the rocky shores to school and analyse it to make sense of their findings or to interpret the data and the science behind it. This one-day field trip exposed learners to real science and tapped into the learners’ scientific process skills.

The excited learners and educators left with new knowledge derived from a hands-on scientific inquiry activity and were looking forward to interpreting the data collected on the rocky shores. 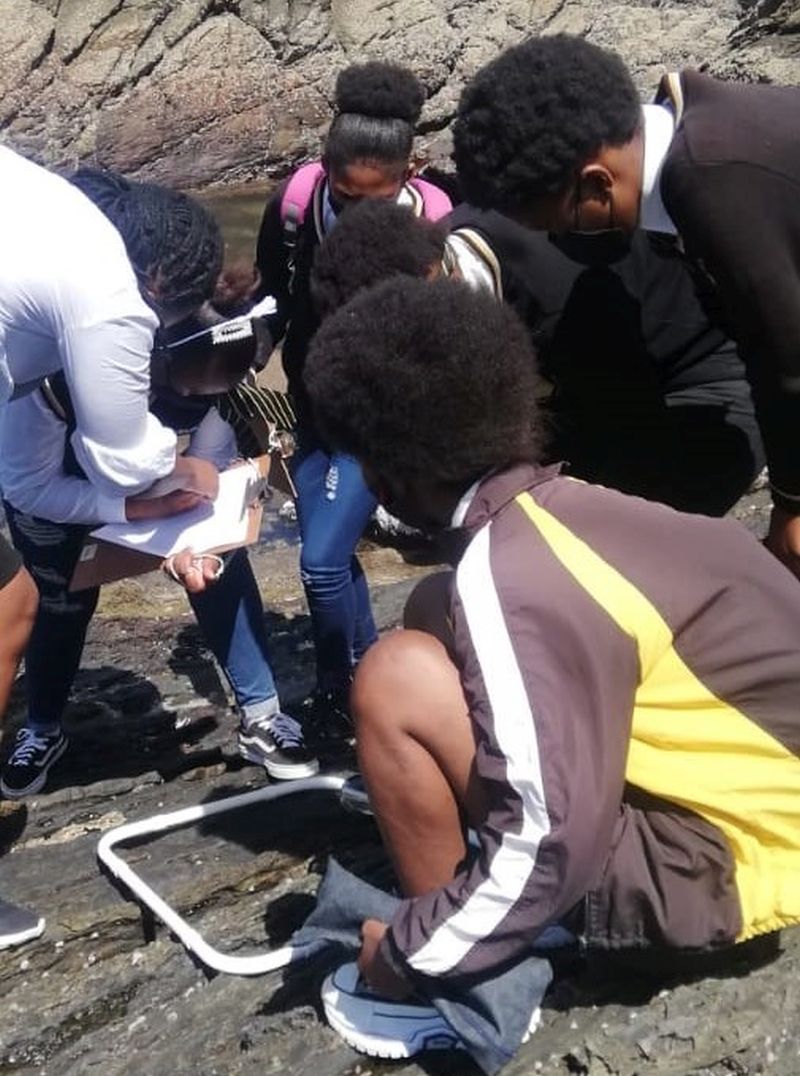 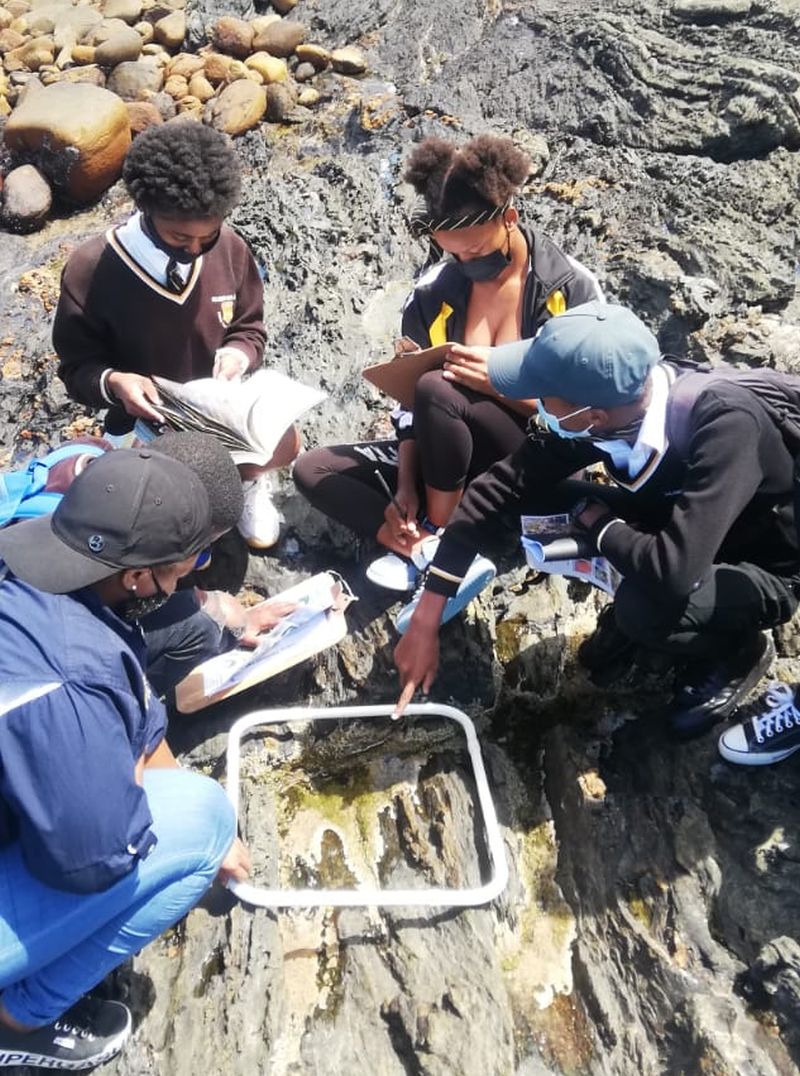