A ‘One NRF’ face of marine sciences: individually we are a drop, together we are an ocean

A meeting was held to discuss the development of a communication and interaction structure around Marine and Coastal Science within the National Research Foundation (NRF), with the Knowledge Advancement and Support (KAS) directorate being well placed to pull the NRF’s marine and freshwater facilities and infrastructure programmes together. The goal of this meeting was to workshop areas where synergies could be found to optimise collaborations and infrastructure and to present a united ’One NRF’ face of marine sciences.

Extent and impact of the research

On compiling the information, the massive extent of the work the marine and freshwater facilities and infrastructure programmes are collectively doing – and the impact that the NRF’s National Facilities have on marine science in South Africa – became evident. Not only do the marine National Facilities of the NRF host two Research Infrastructures (RIs), but they are also involved with four. They have a strong presence internationally and within Africa, as well as in numerous programmes focused on transformation and capacity development. There were also discussions around how the National Facilities could work across the country and across universities, enhancing marine science nationally.

The workshop created a great opportunity to foster enhanced relations with KAS and discuss improved strategies as to how KAS can support a synergistic approach to NRF marine science into the future. As part of the meeting, KAS provided invaluable advice around ‘bigger picture’ strategic planning.

A SWOT analysis showed that although capacity is a threat and a weakness because of the lack of capacity and overcommitment, it is also a strength and an opportunity due to the passion of people and buy-in of the mandate. Participants discussed the opportunities that exist in marine innovation (for example, high-frequency radar) and that everyone should work together to co-develop systems that are mutually beneficial.

The need to transform the landscape by aligning programmes and sharing best practices for enhanced impact was a key thread throughout the discussions. The workshop was seen as a starting point towards achieving that goal.

There was a strong commitment from the workshop to continue working towards a cohesive ‘One NRF’ face of marine sciences and some great suggestions came to the forefront. The feeling was that such meetings were invaluable and that virtual meetings should be held more regularly, and in-person meetings at least once a year.

The meeting also highlighted that the facilities and programmes need to explore ways to improve their interaction with the South African research chairs, especially around data sharing and archiving and strengthening links with the National Facilities. Action items included a detailed virtual and hardcopy National Facility marine compendium and a dedicated workshop at the Southern African Marine Science Symposium focusing on the achievements/gaps/future of the work done under the Marine and Antarctic Strategy.

Individually we are a drop, together we are an ocean. 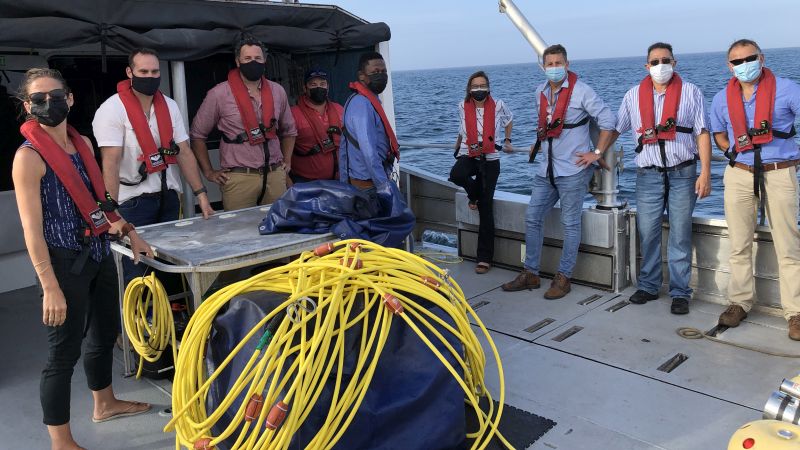