In the past decades, organophosphate pesticides have replaced their chlorinated counterpart due to their lower toxicity, accumulation capacity and shorter environmental half-life. They are extensively used in agriculture worldwide because they are relatively cheap, readily available, and they have the efficacy to combat a wider range of pests than their chlorinated predecessors.

Organophosphate pesticides, together with other agrochemicals, are being used in the catchments of Sundays Estuary in South Africa for the growing of food crops.

Some macrophyte species are able to remove and filter organic and inorganic pollutants to improve water quality. As a result, they are often under pollution stress as sinks or receivers of various pollutants. However, the macrophytes’ structural peculiarities, including physicochemical features and complex root mechanisms that control pollutant uptake, bioaccumulation, translocation and ion exclusion, make them a preferential phytoremediation tool for a wide range of pollutants.

In this study we evaluated the occurrence of 13 organophosphate pesticides in the Sundays Estuary and the ability of Phragmites australis to take up these pollutants. This plant was chosen because it grows abundantly in the Sundays Estuary, making it a viable phytoremediator in the urban environment.

The biota sediment accumulation factor (BSAF), bioconcentrator factor (BCF) and translocation dynamics between tissues of P. australis were evaluated based on the concentration of organophosphate pesticides present in the studied environmental matrices. 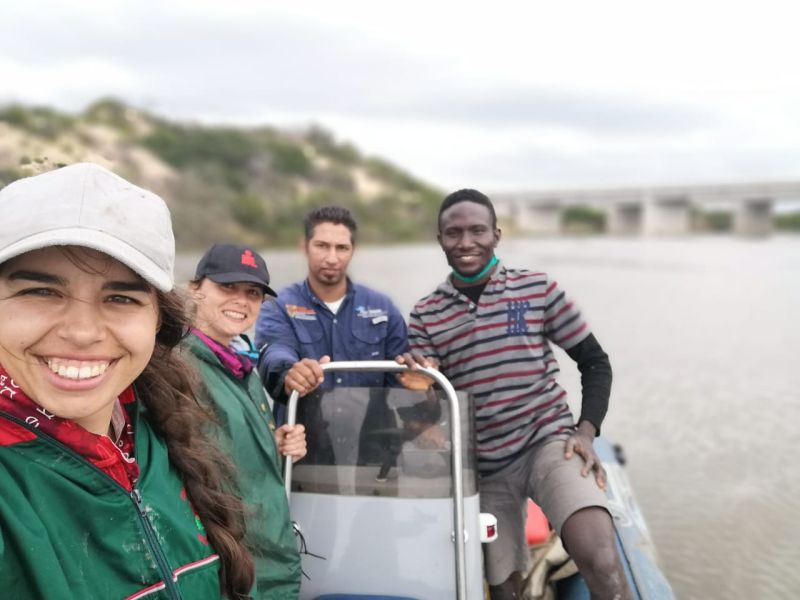 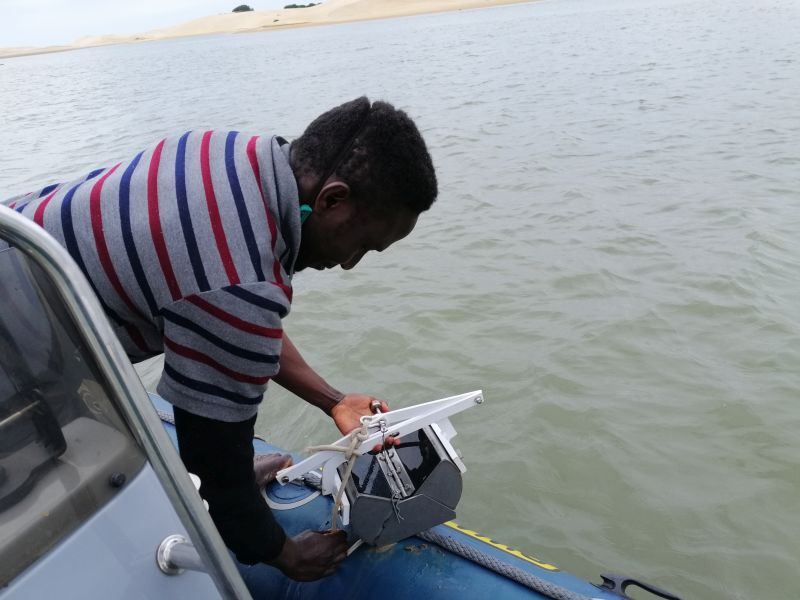 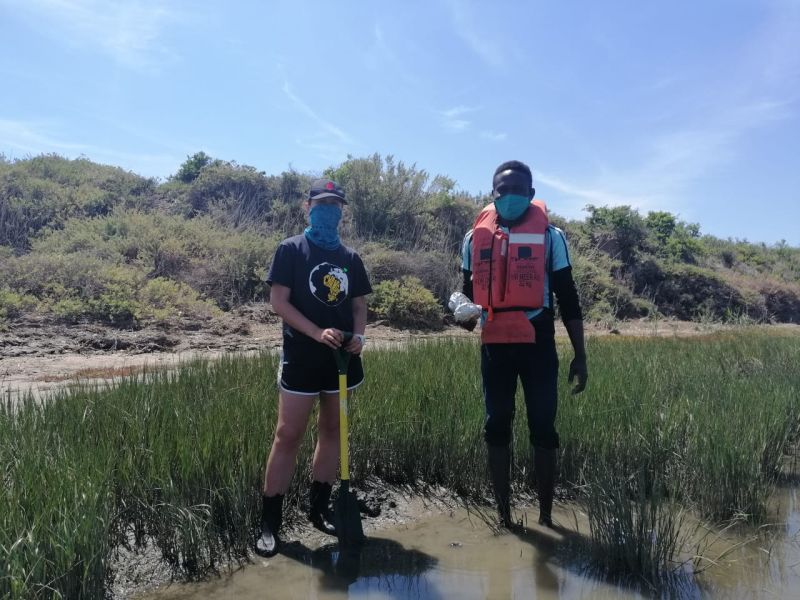 In general, the BSAF values were larger than one, implying that P. australis possesses the ability to bioaccumulate and intercept these compounds. The BCF values of diazinon, EPN, pyrazophos and quinalphos were higher than their corresponding BSAF value, indicating that the bioavailability of these pesticides is provided by dissolved molecules in the water phase rather than in sediments. 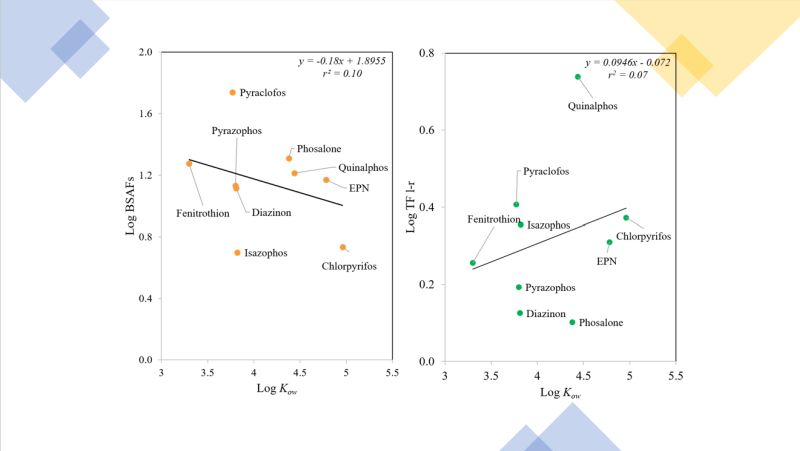 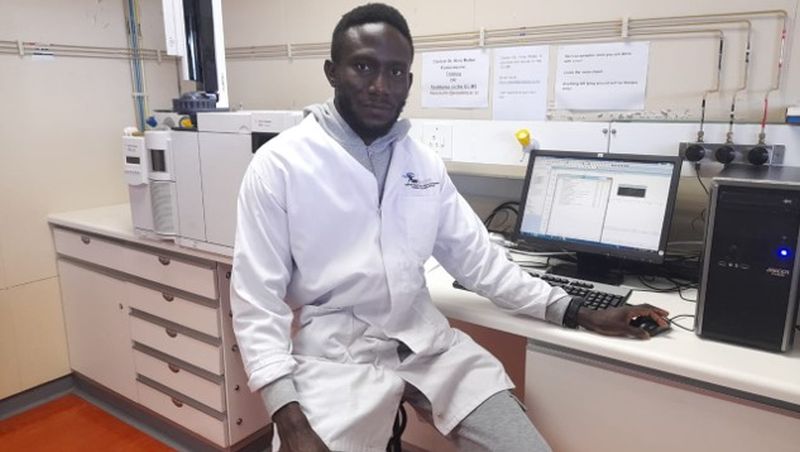 This is one of those rare studies to evaluate the uptake of organic contaminants using an indigenous plant species growing in an estuarine environment. Due to the broad geographical distribution of this ubiquitous reed in wetlands around the world, this macrophyte is proposed for use in biomonitoring programmes.

Future research should focus on an experimental approach to monitor the uptake of organophosphate pesticides under different climatic treatments in a controlled environment. In a broader context, the phytoremediation potential of other indigenous plants in South Africa should also be explored for the uptake of organophosphate pesticides and other pollutants of emerging concerns. 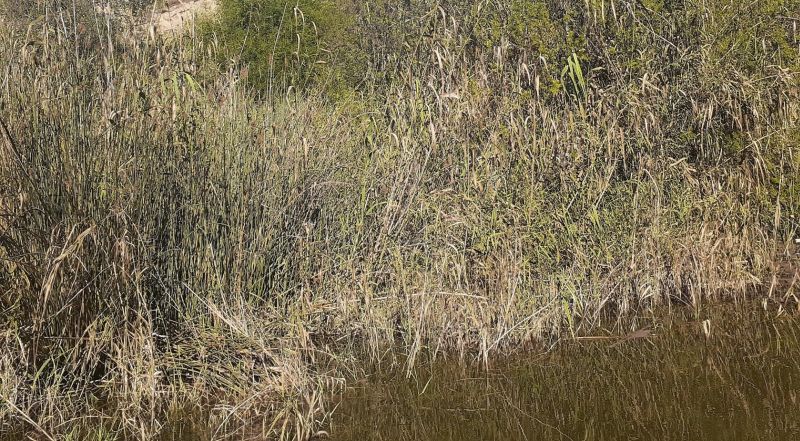 Observation from this SAEON study revealed that P. australis has the capacity to remove organophosphate pesticides from contaminated sites, thus increasing its relevance at a global level (Photo: Chijioke Olisah)

Phragmites australis was chosen for the study because it grows abundantly in the Sundays Estuary (pictured), making it a viable phytoremediator in the urban environment (Photo: Chijioke Olisah)