Scarcely out of the festive season and we’re delighted to announce that we’ll soon be welcoming a new baby, SAPRI.

We make this announcement with some trepidation as is normally the case with new parents. The reason is that SAPRI is designed as a consortium of organisations with SAEON playing a central coordinating role among all the partners. These range from government departments to science councils to universities. Other role players include the marine science industry, the National Research Foundation (NRF) and Antarctic organisations such as the Scientific Committee on Antarctic Research (SCAR).

SAPRI is not yet funded and remains a work in progress, but SAEON’s business will greatly expand and complexify after its inception.

According to the SARIR, the concept of research infrastructure includes ”facilities, resources and services used by the scientific community across all disciplines for conducting cutting-edge research for the generation, exchange and preservation of knowledge”. The concept of SAPRI therefore includes its network of users. The successful proposal may be accessed here in full.

It is early days for SAPRI and hard work lies ahead. Following the endorsement of the proposal, a business plan must be drafted for approval by the DSI. More importantly, further engagements between the DSI and the Department of Environment, Forestry and Fisheries (DEFF) will resume with urgency.

The DEFF is the most crucial role player in SAPRI because it is the the manager of the South African polar research vessel (Agulhas II) as well as the existing base on Antarctica (SANAE IV) and on the sub-Antarctic Marion Island, without which in-situ polar research will not be possible. It is therefore of utmost importance that the two government departments reach agreement on a number of critical administrative adjustments that are essential for SAPRI to succeed.

SAPRI is an innovative initiative that will be built on existing foundations but intends to transform the current system to be better streamlined, function seamlessly, make better use of resources and enhance economies of scale. 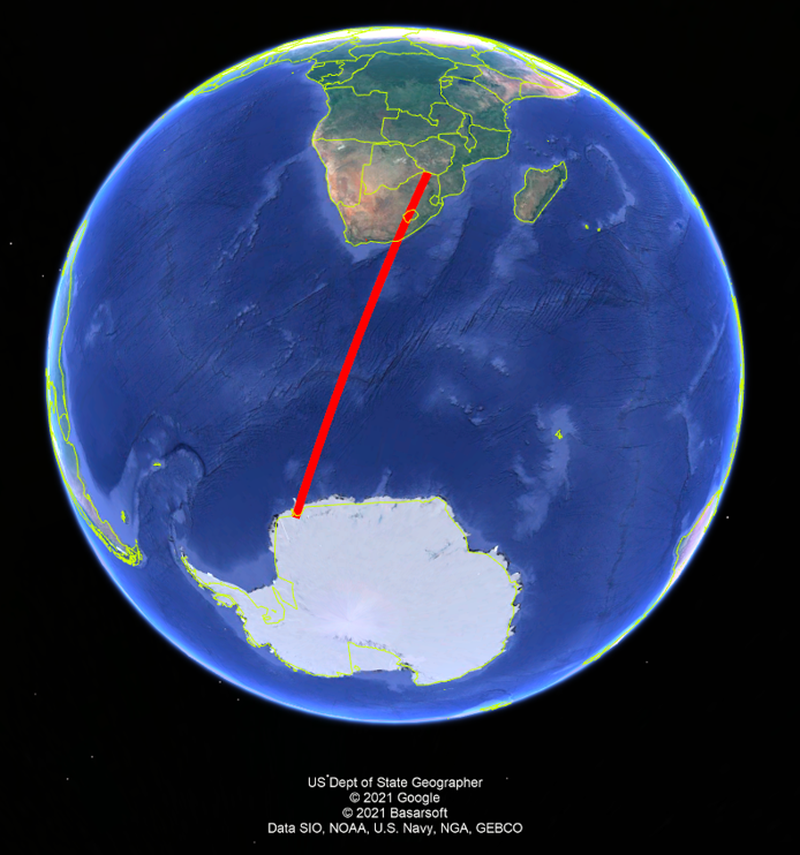 The combination of the three infrastructures would integrate research sites and platforms from the Limpopo River in the north to the SANAE 1V Base in Antarctica in the south, 5 800 km apart, and will fully exploit South Africa’s geographical advantage 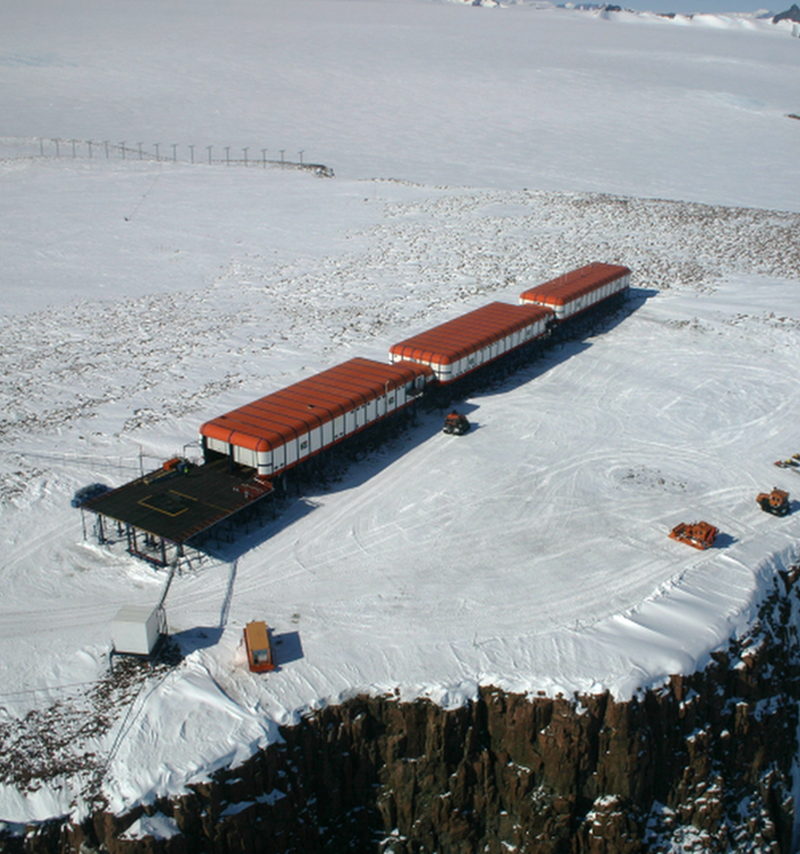 The SANAE 1V Base in Antarctica is managed by the Department of Environment, Forestry and Fisheries

Why does the South African government invest in research so far away down south?

The world recognises that the seventh continent is an exception to the rule and thus created the Antarctic Treaty, which coordinates the vested interests of its members. South Africa is one of the 12 original signatories to the treaty, and the only representative from Africa.

Through an Antarctic Treaty System, the members continue to ensure, “in the interests of all mankind, that Antarctica shall continue forever to be used exclusively for peaceful purposes and shall not become the scene or object of international discord”.

The way things work is that by way of  actively pursuing research in the Antarctic Region, South Africa retains a position of political  strength in the territory. The region is of great importance to South Africa due to the very large ocean expanse consisting of three oceans (Indian, Atlantic and Southern) between South Africa and Antarctica and also South Africa’s ownership of the sub-Antarctic Prince Edward Islands.

The availability of essential economic resources from such a large area is still immeasurable and South Africa is using its research capacity to hedge and legitimise its future prospects of economic gain from the region while – jointly with other signatories – also ensuring that no military force can build up a permanent presence in the region which would pose a threat to South Africa’s sovereignty, security and stability. In doing so, the main role of DEFF is to represent South Africa in the Antarctic Treaty, to maintain a permanent presence in the Antarctic Region and to facilitate research, whereas the role of the DSI is to advance scientific research and capacity development. SAPRI is a vehicle to advance both objectives.

The research prospects of SAPRI are wide-ranging and are spelt out in greater detail in the SAPRI proposal. Suffice to say that oceanic, terrestrial and atmospheric systems will continue to be subjected to long-term ecological observations and research, in ways that will provide deeper insight into the effects of climate change on those systems, but also to predict the impacts on the African Continent.

Research in the Antarctic Region is in many ways the frontier of Earth and environmental systems research. Beyond improving understanding of the dynamics of oceans and climate change, the area is offering opportunities to study space physics which directly influence safe air travel and transport around the globe, whereas the study of the geology and geomorphology of Antarctica provides insights into how continents formed and reshape over geological time frames.

The concept of and potential for technological innovation is inherent in SAPRI as demonstrated by its specialised programmes in the application of robotics to physical oceanographic observations, experimental ice-based research in a cold laboratory, deep-ocean videography to study the sea floor, the application of digital twin technology to virtualise remote systems for distance research and training, as well as in the development of data products for research and decision-making.

The SAPRI proposal recognises that the unparalleled research potential of SAPRI will ignite the infusion of new and fascinating science into formal and informal science education with respect to schools, universities and the public.

SAEON is rapidly adjusting to the demands and opportunities following from the new mandate to run large distributed environmental research infrastructures. The SMCRI and EFTEON have evolved from the Long-Term Ecological Research programmes of SAEON.

SAPRI includes some of SAEON’s existing offshore-marine programmes and will accommodate planned research by SMCRI on Marion Island. The rest of SAPRI covers new terrain for SAEON and, most importantly, fulfils the ambitions of SAEON’s strategic objective no 6, which is to integrate existing research infrastructure programmes to create an intercontinental, environmental, mega-research infrastructure.

The combination of the three infrastructures would integrate research sites and platforms from the Limpopo River in the north to the SANAE 1V Base in Antarctica in the south, 5 800 km apart, and will fully exploit South Africa’s geographical advantage. The envisaged intercontinental research infrastructure will span an environmental gradient from semi-arid landscapes on the African soil over three large oceans to the ice desert of Antarctica and thus incorporate a multitude of terrestrial and marine platforms.

To succeed in establishing a sustainable SAPRI, SAEON will have to build on our current strengths like a sound procurement system, technical expertise, flexible management arrangements, a non-commercial ethos and a neutral but leading position in the scientific landscape. Years of interorganisational negotiations lie ahead and SAEON would need to demonstrate authentic and astute captaincy to steer around the inevitable ice bergs en route to the point of achieving another world-class environmental research platform for a sustainable society, in line with SAEON’s long-term vision statement.