Grade 11 learners from all SAEON nodes attended the virtual terrestrial and marine science camps using the Zoom platform. The terrestrial virtual camp commenced with a presentation by SAEON’s junior data scientist, Galetesang Keebine, and an activity on data visualisation utilising the data that learners collected from the iNaturalist competition, which had personal relevance for them.

The budding scientists conducted a collaborative exercise in Zoom breakout rooms during which they analysed global change data. This exercise reflected an improvement in the learners’ data-handling skills in the post-camp quiz compared with the pre-camp quiz, which was led by SAEON research scientist, Dr Rob Skelton.

The programme ended with an interesting presentation on climate change and adaptation, followed by an engaging activity that enabled learners to think critically and creatively using open-ended exploration and imaginative learning techniques by Dr Tony Swemmer, manager of the SAEON Ndlovu Node.

A glimpse into the multi-faceted world of marine science

The Elwandle Node hosted and facilitated the marine science virtual camp by taking the ocean to the classroom or home. Students, technicians and scientists from the node facilitated the programme, which included a presentation by role model Zoleka Filander, a PhD student at Nelson Mandela University, who grew up in the rural Eastern Cape and completed her undergraduate studies at Walter Sisulu University. Zoleka not only motivated and encouraged learners to be committed to their studies, but also informed them about endless possibilities for career choices in the field of marine science.

Ross Lynne Gibb, a PhD student at the Elwandle Node, then introduced the learners to Algoa Bay phytoplankton and the role it plays in maintaining human health. This talk was followed by a presentation by another Elwandle Node PhD student, Phumlile Cotyane, on diatoms and how these are used in our everyday lives. Phumlile challenged learners to become diatom scientists for a day by matching a picture of a diatom with a description provided on the poll.

Professor Tommy Bornman, manager of the Elwandle Node, shared his Antarctica expedition experiences with the learners. His talk generated many questions – from the equipment used to questions about the science. The young explorers said they felt as if they were part of the expedition to Antarctica.

They were then taken on a biogeochemistry virtual laboratory tour where various instruments and their uses were explained. Water samples were analysed to demonstrate the water quality of a specific environment.

Learners were given background information about how tides are formed and were shown videos of rocky shore gradient. This helped them understand why certain species prefer certain zones as their habitat.

The photo quadrat activity allowed learners to sample their quadrat and count the number of species present in a specific quadrat allocated to them. They were able to determine which intertidal zone their quadrat represented. This session was presented by Elwandle Node technicians Werner Kuntz, Jethan d’ Hotman and Imtiyaaz Malick.

Learners that did not have access to devices were hosted by St Andrew’s College in Grahamstown for the terrestrial as well as the marine science camps. SAEON would like to offer its sincere gratitude to St Andrews College for enabling these learners to gain scientific knowledge and skills by accommodating the learners over two Saturdays.

In their feedback the learners had this to say about the Terrestrial and Marine Science Camps: 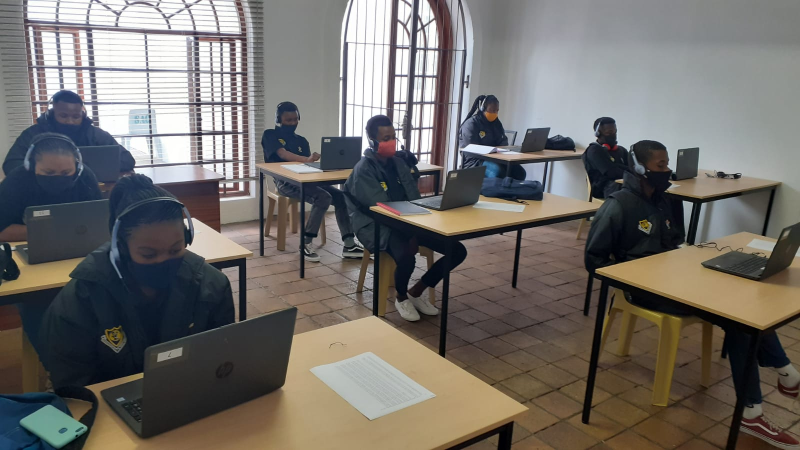 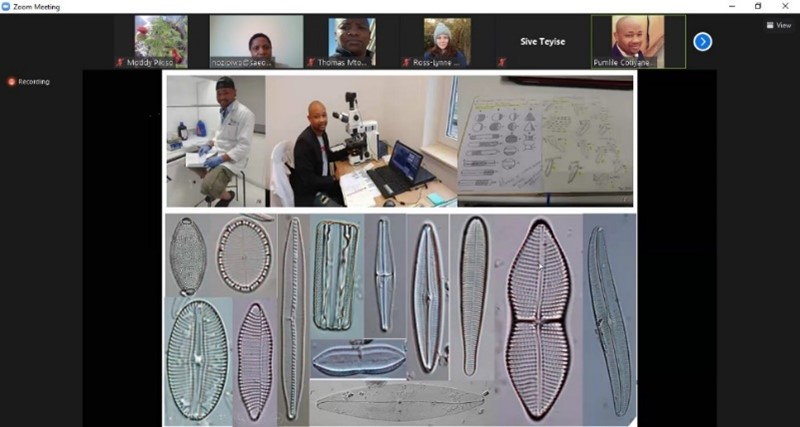